Popular filmmaker and actor, Farhan Akhtar's house, Vipassana which he had purchased for Rs 35 Crore (approximately) is nothing less than a dream house. Find out!

The masters of many arts, Farhan Akhtar is undoubtedly one of the best actors, filmmakers, producers, singers, and television hosts of this generation. But one can imagine the gigantic pressure on his shoulders when he was assisting the late legendary filmmaker, Yash Chopra in Lamhe back in 1991. The weight of expectations on this young, quirky kid was so massive. The biggest reason was that he was the grandson of late iconic Indian poet, Jan Nisar Akhtar, son of India's first screenwriter, Javed Akhtar and iconic actress, Honey Irani. All eyes were on Farhan Akhtar and doubters were also there to wait for his fall. Still, the multi-talented genius had worked hard and created a genre that is all about bringing the best cinema to the Indian audience. In 1999 he had established his production company, Excel Entertainment with his close friend, Ritesh Sidhwani and in just two years, he had made his directorial debut with the film, Dil Chahta Hai in 2001. The film is still regarded as one of the most iconic films of all-time.

Since then, there's no looking back for Farhan Akhtar, as he had gone on to direct some fabulous movies, mesmerised audience with his acting skills, sung some much-needed electric tracks, and ruled the television industry with his charm. Other than his illustrious professional life, the actor has a roller-coaster-like personal life as he had experienced a lot of ups and downs in his marriage and relationships. For the uninitiated, Farhan Akhtar had gotten married to famous hairstylist, Adhuna Bhabani in 2000 and after 16 years of their marital life, the couple had parted their ways on January 21, 2016, when they had announced that court had granted them divorce. After this, Farhan had found love again in his life, when he had met Shibani Dandekar for the first time on the sets of his show, I Can Do That, and the rest is history. As for now, both Farhan and Shibani are living together in his Bandstand bungalow, Vipassana. The luxurious house is situated quite close to Farhan's great friend and Bollywood's King Khan, Shah Rukh Khan's Mannat. According to Architectural Digest, the Don director had purchased this 10,000 sqft dream house back in 2009 for Rs 35 Crore. According to multiple reports, the current price of Vipassana in the year 2021 will be around approximately Rs 40 - 50 Crore without a doubt. Now, without a further due, let's take a quick tour of his dream mansion!

An Insight Into His Man Cave: 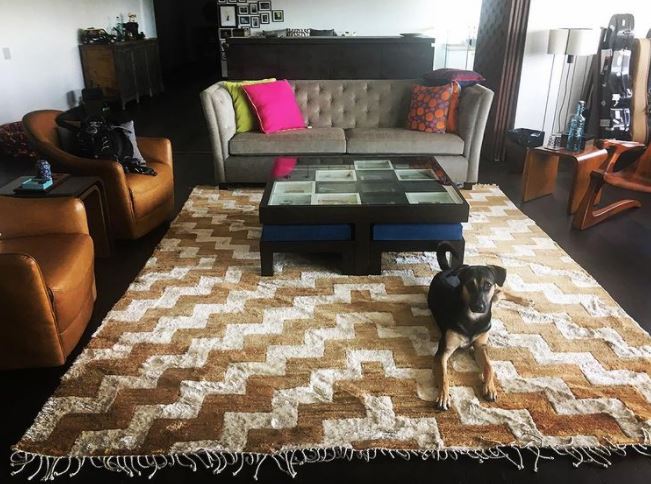 Farhan Akhtar is a genius who always takes the less travelled road as he loves exploring new things and hates following the old rules, and his house is a perfect example of it. When the actor had parted ways with his ex-wife, Adhuna Bhabani, the actor had decided to ditch the so-called modern celebrity homes and instead had decided to give his home a mix of everything. 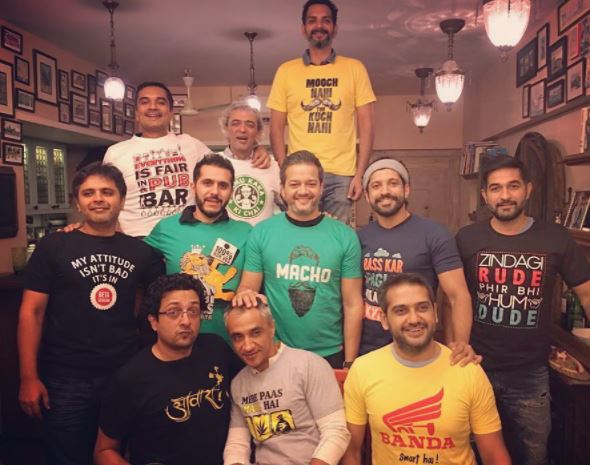 Farhan's man cave includes comfy tan leather chairs that complement the robust ivory coloured sofa perfectly. Also, it's hard not to fall in love with the Aztec print rug in his living room that simply lightens the whole place. There's hardly any doubt in the fact that his living room gives us the feels of a pub as it is a completely contrasting place in comparison to other sleek and lavish celebrity living rooms. But that's what Farhan is all about, breaking the stereotypes. 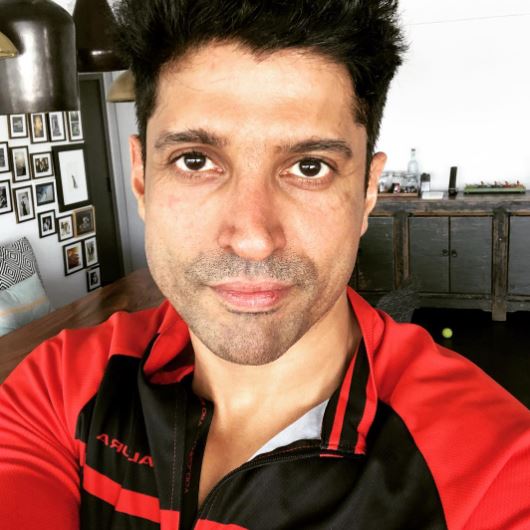 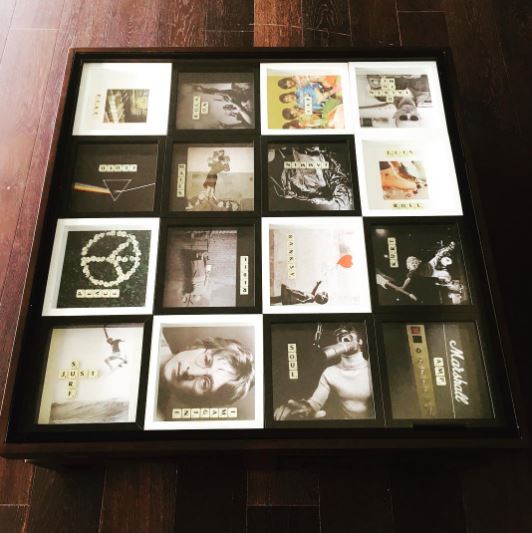 Farhan Akhtar's house is full of antique collectables and is nothing less than memorabilia of music, films, and art. But it is his customised coffee table that is famous among his many standouts collectable. On December 16, 2016, the actor had shared a glimpse of his coffee table on his Instagram handle and had given everyone some real housing goals. In the picture, we could see a rad table decorated with the covers of some legendary albums like John Lennon's Imagine, Pink Floyd's Dark Side of the Moon, Led Zeppelin's Solo Picture, and of his film, Rock On!'s cover atop it. The coffee table gives both retro and calm vibes and reveals many things about his classy taste of music and films. Take a look: 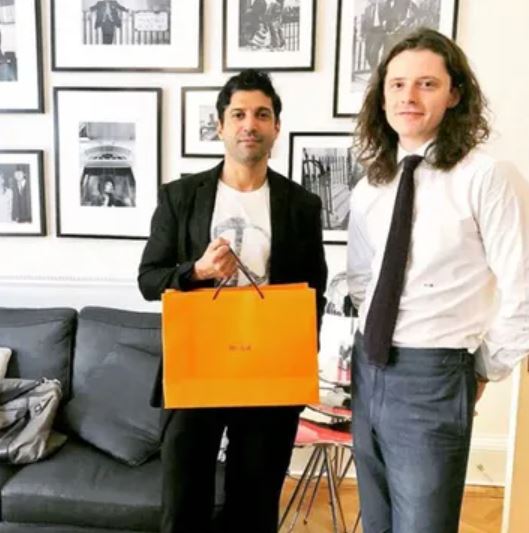 Farhan Akhtar is a nothing less than a treasure trove for all the lovers of art, music, and films in the world, as he decorated the walls of his house with some iconic abstract paintings, family portraits, movie posters, and many other collectables. One of the most defining place in his home is the white wall that showcases the portraits of some of his favourite movie stars, and below the wall, we could see all the trophies and awards he had won for his tremendous contribution in the films over the years. There's also a luxurious white sofa in his home that gives us pure celebrity home vibes but once again, it is his cool bookshelf that wins our hearts once again. The bookshelf looks like a hotel's luggage trolley and multiplies his home's charisma as it creates an eclectic atmosphere in the whole house. Well, Farhan's bungalow is an epitome of an artist's heart as it breaks the rules and makes a real new world of its own. Love For The Open Sky: 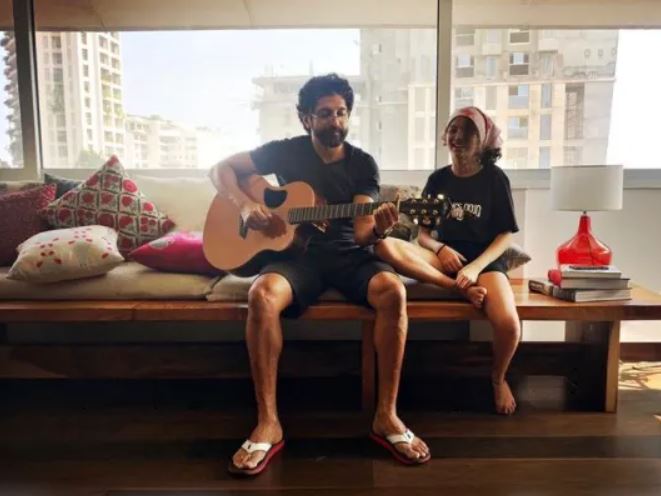 Farhan Akhtar is a bookworm and also love putting his inner conflicts and complexities on paper through his incredible writing skills. We have already seen him putting magical quotes, one-liners, and poetic phrases repeatedly on his social media handles. Thus, it's easy to suspect that he holds immense love for an open sky like every writer in this world, as sitting at the corner of your window and having a pen in your hands with a cup of tea/coffee is simply every writer's favourite place. There are many small and big sliding windows in Farhan's house that tell us about his love for an open sky and fresh air. Also, not many people know that he is also big fond of astronomy and has a telescope in his home to see the planets and other celestial bodies. 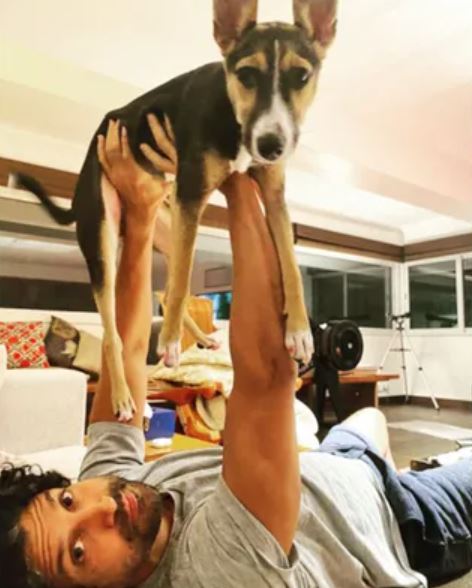 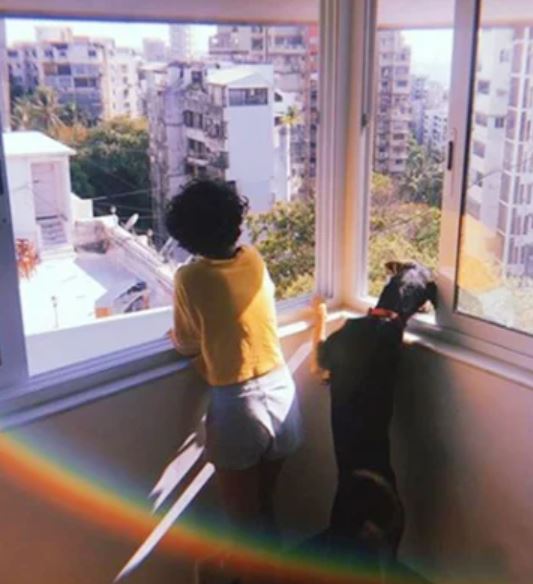 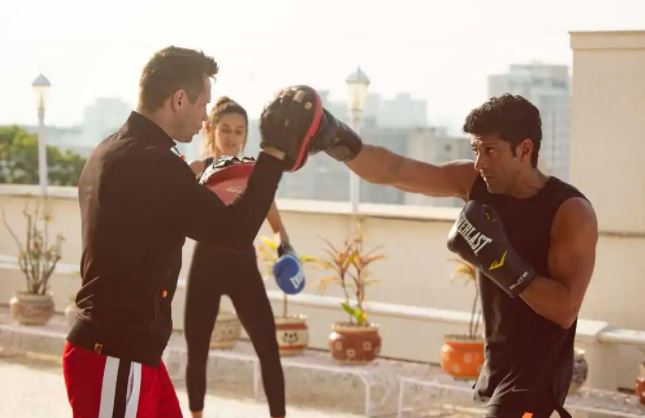 In 2013, Farhan Akhtar had portrayed the character of former Indian Athlete, Milkha Singh in his biographical drama, Bhaag Milkha Bhaag, and the actor had stunned the whole nation with his toned physique and ripped abs. During his film's promotions, once in a media conference, the actor had revealed that he had trained relentlessly for 13 months to achieve that robust look and had also trained in his own home sometimes. Yes! You heard it right, Farhan has an in-built gym with all the equipment and a beautiful wooden flooring of a beige's lighter shade. 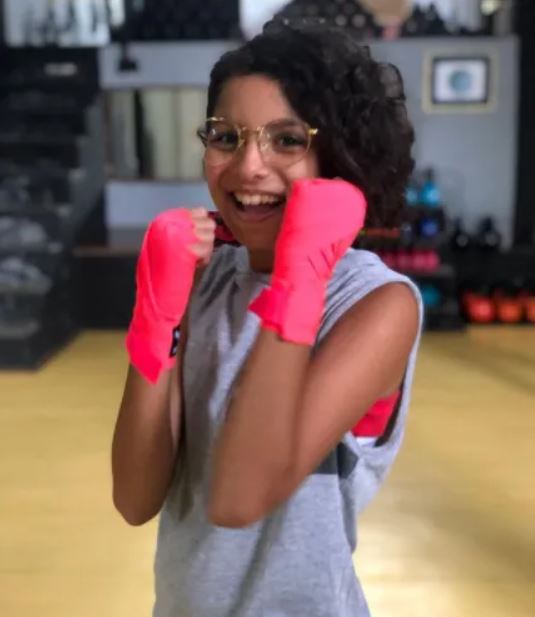 There's no doubt that Farhan Akhtar's home, Vipassana is a dream home and a merely an epitome of his self and character. It's hard to name any other celebrity, whose house depicts the kind of person they're because most of them are plated with royalty and luxury. But in the case of Farhan, we have seen different versions of him existing all at the same time under one roof. From seeing his exciting man cave to getting mesmerised by his dining hall, we couldn't stop ourselves from falling in love with the entire house's artistic theme.

(You May Like This: Shah Rukh Khan and Gauri Khan Open Their Delhi House For People, The Star Wife Gives A Tour [Video])

Do share your views about Farhan's Vipassana with us!