Erica Jennifer Fernandes finally confirmed being in love and penned down a heartfelt note for her special ‘someone’. Erica posted a picture holding someone's hand but didn't reveal the identity. 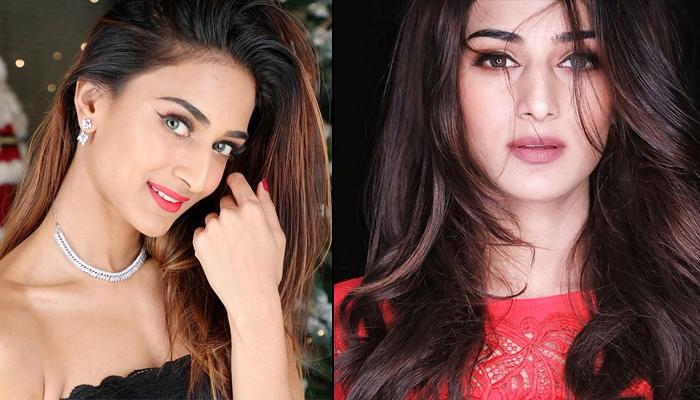 It was in 2016 when a top ten finalist of the 2011 Miss India Beauty Pageant had made her debut on the television and made her way into our hearts with her sweetness. A YouTube vlogger, model and Instagram influencer, this diva has many feathers in her cap than just acting. Not just Hindi, she has made her mark in the Kannada, Telugu and Tamil TV shows too. We are referring to Dr Sonakshi Bose and Prerna Sharma a.k.a., Erica Jennifer Fernandes. (Also Read: Tahira Kashyap's Bond With Devrani Aakriti Ahuja At Virajveer's Birthday Bash Speaks Volumes Of Love)

Ever since Erica Jennifer Fernandes had made her debut with Sony TV show, Kuch Rang Pyar Ke Aise Bhi, there has been no looking back for the actress and in no time, she climbed the ladder of success. But as Erica stepped into the world of fame and stardom, she was followed by the speculations regarding her dating life. Earlier, Erica was speculated to be dating her Kuch Rang Pyar Ke Aise Bhi co-star, Shaheer Sheikh and later, conjectures were rife that she is in a relationship with her Kasautii Zindagii Kay 2 co-star, Parth Samthaan. However, Erica had time and again refuted all such rumours pertaining to her personal life.

Finally, a while back, Erica Jennifer Fernandes confirmed being in love and penned down a heartfelt note for her special ‘someone’. Though Erica didn’t reveal the identity of her special ‘someone’, she did post a picture wherein she could be seen holding someone’s hand and sported a ring that has her name’s initial carved on it. Along with it, Erica wrote, “When I’m with you, i act different , in a good way ofcourse. I always smile more, i always laugh more With you i can drop the fake smile (if any) and put on a real one. I don’t feel hurt or alone when I’m with you instead i feel safe and loved You’re easy to talk to and you listen to me . I don’t feel sad around you and you show me that you really do care in-fact i can see that you’re not pretending. I really appreciate what you’ve done and continue to do coz with you I’m different I’m happy #us p.s :- if thats what your thinking then Nah not engaged.”

Erica Jennifer Fernandes misses out on hogging the limelight due to her constant breakup and patch-up rumours with Kasautii Zindagii Kay 2 co-star, Parth Samthaan. Despite maintaining the ‘just friends’ stance, they are always surrounded with dating and breakup speculations. Sometime back, the reports of Erica and Parth’s breakup had surfaced in the media, which had made their fans disheartened. It was also reported that Parth and Erica are only maintaining a professional relationship now. But a few days back, to everyone’s delight, a SpotboyE report had informed that despite a stumbling block in their relationship, Parth and Erica have decided to give it a second chance. (Also Read: Javed Akhtar Talks About Son, Farhaan Akhtar's Marriage Rumours With Shibani Dandekar)

As per the report, a source had informed, “Parth has gone back to Erica and apologised for whatever happened between them and they are giving their relationship another try. It is surprising that Erica took him back because she was very adamant with her friends and family, that she will not reunite with Parth. Everyone is wondering how he could manage to convince her for a second chance.”

While we all had waited to let the truth out of the horse’s mouth, Erica Jennifer Fernandes, in a throwback interview with the Hindustan Times had shunned all dating rumours and had blurted out the truth. She was quoted as saying, “It is news to me that such rumours are out there. But, I guess, rumours are a part and parcel of the entertainment industry. I have known Parth since we started working together on our TV show and we shoot every day. We are good friends and have a great working relationship. Whenever we chill together, we have a whole bunch of people with us. When we go for events, we are often leaving from our set, so yes, we do leave together. That doesn’t mean we go home together. In fact, we live in different parts of the city.” (Also Read: 'Kundali Bhagya' Fame, Anjum Fakih, Confirms Her Relationship Status With Actor, Kettan Singh)

Looks like we will have to wait a little longer to know who the mystery man in Erica’s life is!