On January 2, 2020, Ayushmann Khurrana and Tahira Kashyap Khurrana's son, Virajveer Khurrana had turned 8-year-old, and to celebrate the same, the star parents hosted a bash in Mumbai on January 12.

It is rightly said that that a bride looks up to her sister-in-law i.e., her jethani when she gets married. To make her new nest feel home, there is a huge contribution from her sister-in-law, be it their late-night gossip sessions, borrowing each other’s stuffs, helping her with the sasural things by her experience, or partying and going on shopping sprees together! The soothing presence of her jethani is all that a newbie bride needs in her sasural. And for Aparshakti Khurana’s wife, Aakriti Ahuja, that soothing presence was from Ayushmann Khurrana’s wife, Tahira Kashyap. (Also Read: Saif Ali Khan Loses His Cool At Fans For Constantly Clicking Him, Kareena And Taimur, Netizens React)

Ayushmann Khurrana and Tahira Kashyap had embarked their ‘happily ever after’ journey on November 1, 2008, and since then, they have taken the term ‘Couple Goals’ to a whole different level. On September 7, 2014, Ayushmann’s brother, Aparshakti Khurana had decided on forever with his soulmate, Aakriti Ahuja. The star couples often take to their respective Instagram handles to give a glimpse of their family life and the bonding that the Khurana family shares with each other give Hum Saath - Saath Hain feels! 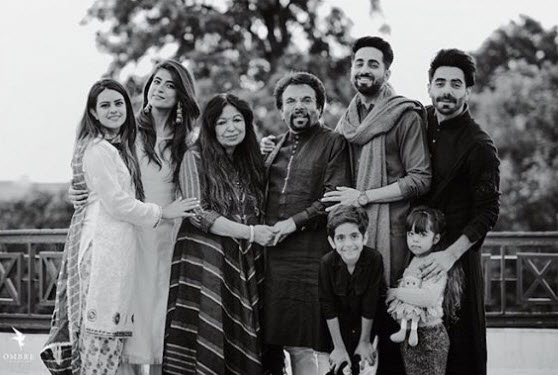 On January 2, 2020, Ayushmann Khurrana and Tahira Kashyap Khurrana’s son, Virajveer Khurrana had turned 8-year-old, and to celebrate the same, the star parents hosted a bash in Mumbai on January 12, 2020. Tahira reposted the sneak peek of the bash on her Insta stories and we got a glimpse of her bonding with ‘kuckooo’, Aakriti Ahuja as they grooved for a Boomerang. Check out the screenshots of the glimpses from Virajveer’s birthday bash: 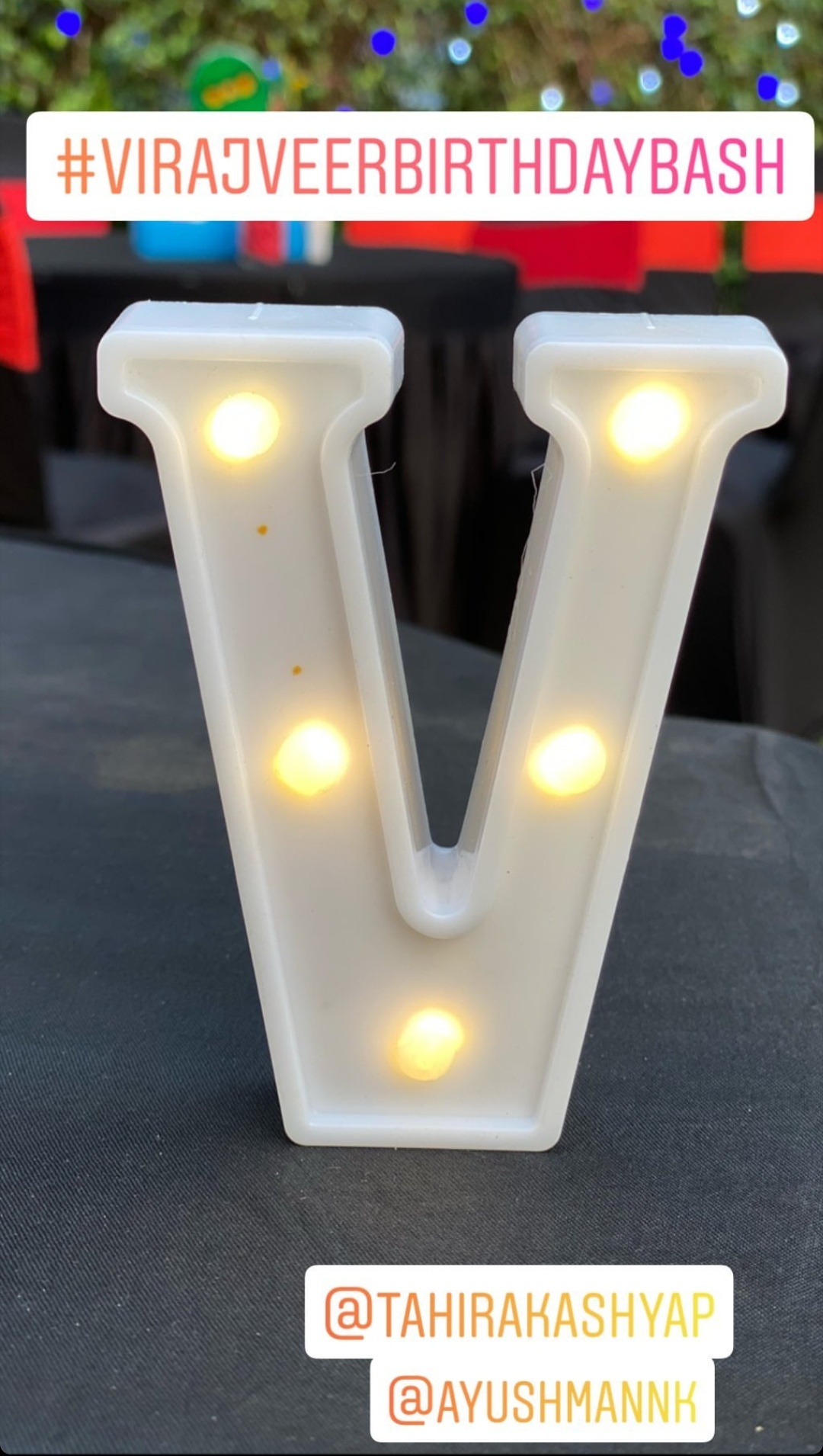 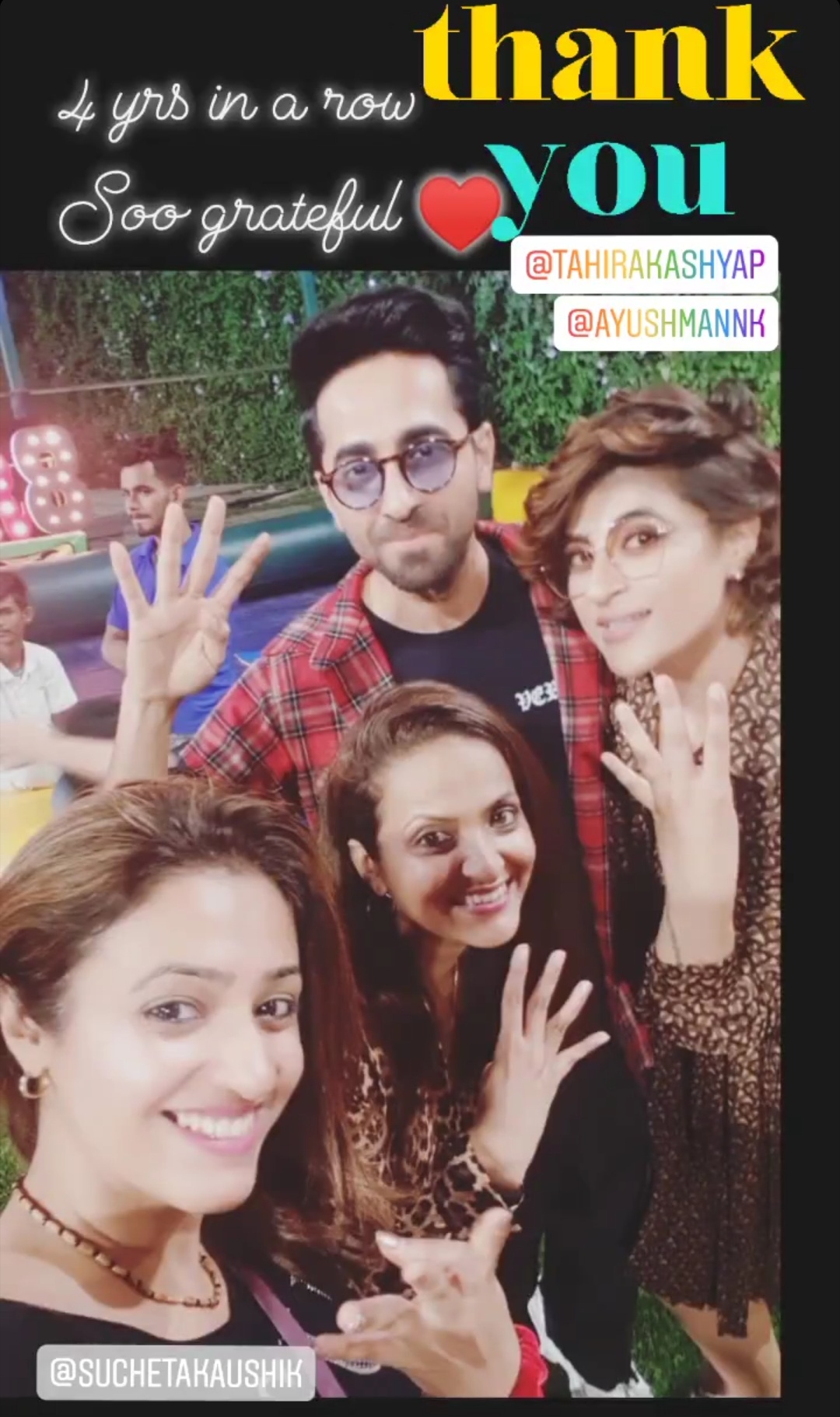 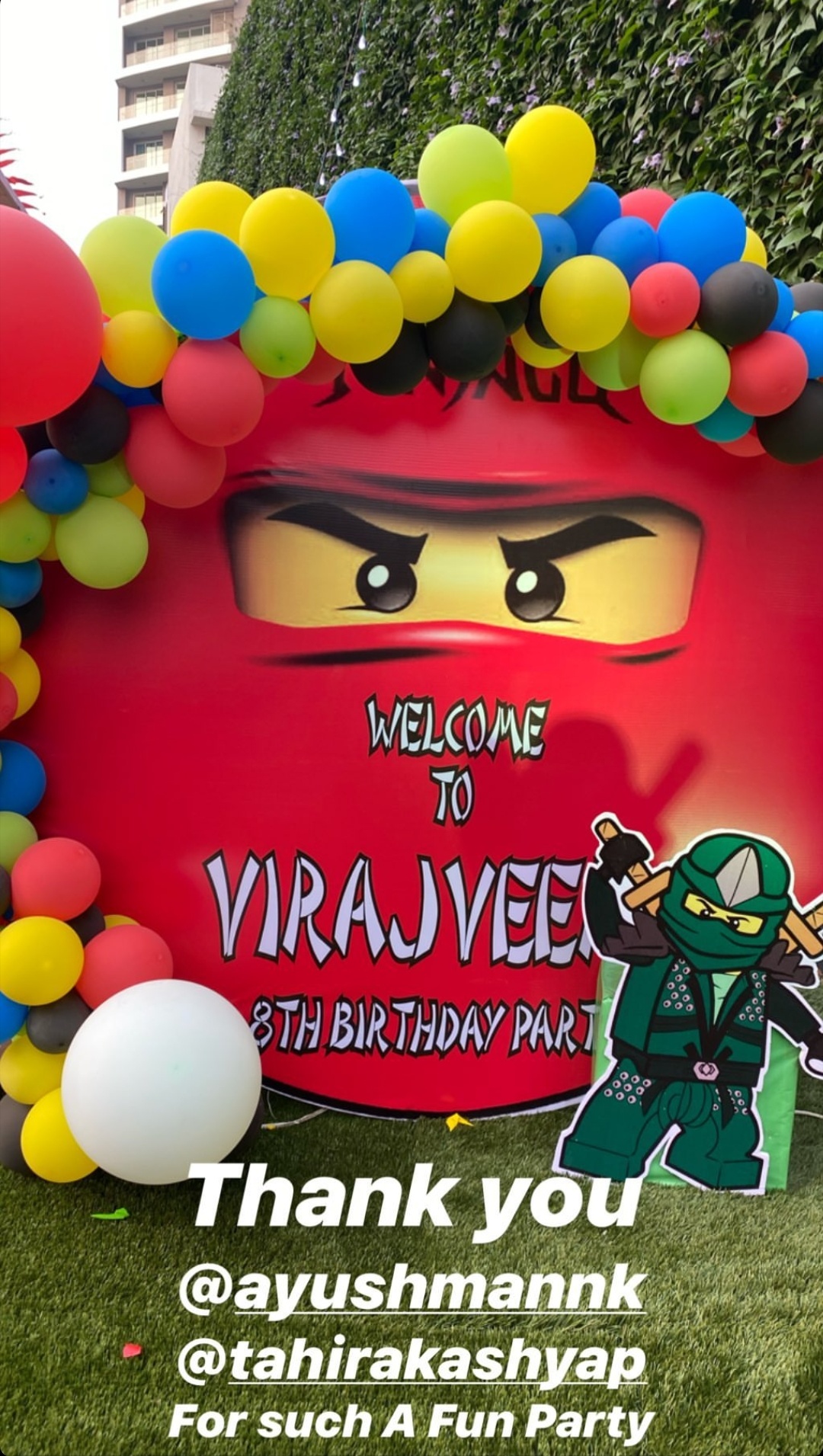 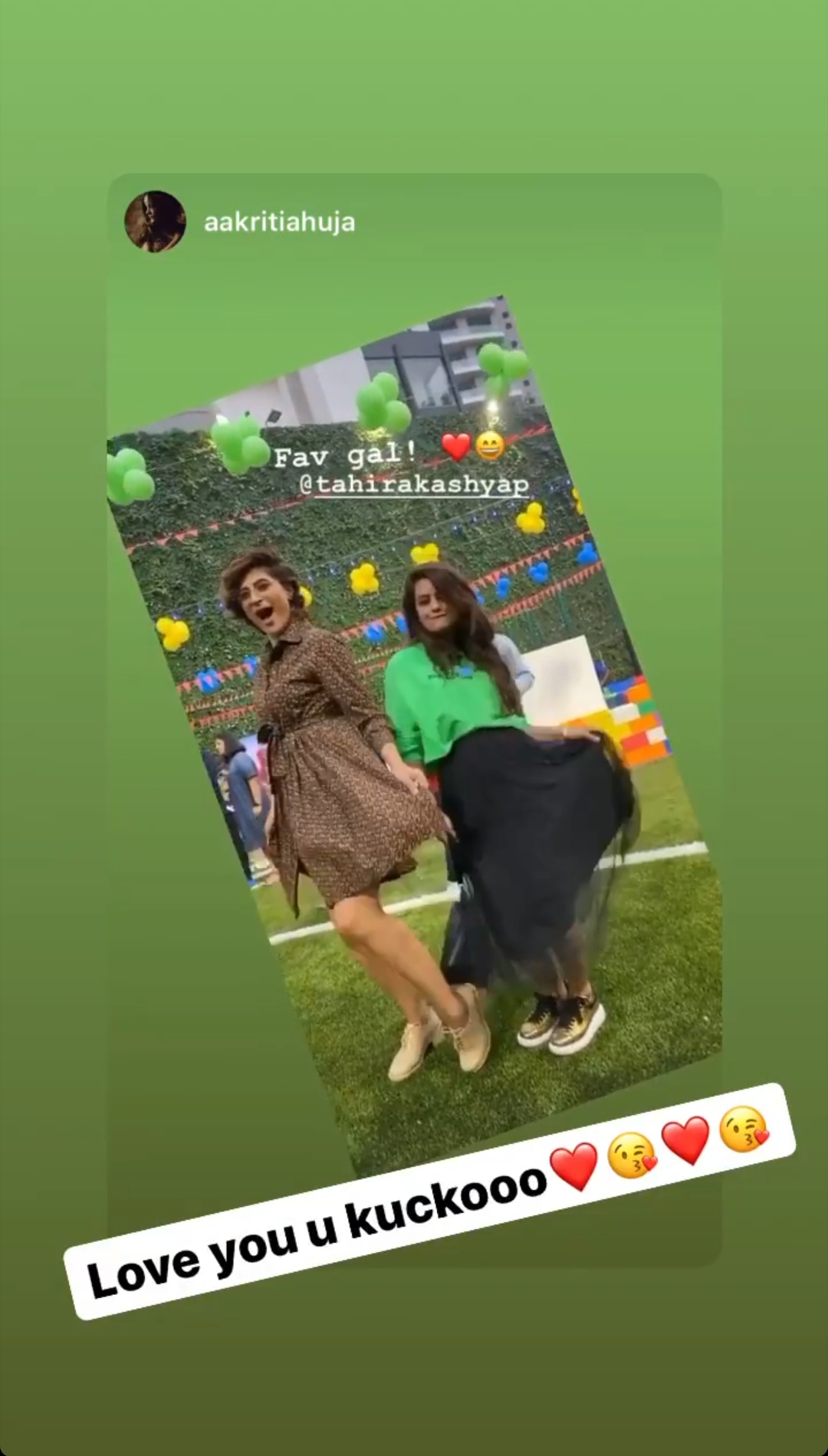 On Virajveer Khurrana’s birthday, his mom, Tahira Kashyap had taken to her Instagram to wish the birthday boy with a special message, which could be read as “My everything! Wish you a blessed one! And you share your birthday with a great man of great vision #daisakuikeda may you follow the ideology of humanity and love over anything else. To have acceptance and to value people. Spread the love that you have and see your happiness grow too. My birthday boy I love you.” (Also Read: Amitabh Bachchan Reminisces Good Old Days In An Unseen Video With Harivansh Rai Bachchan, Teji, Jaya) A few months back, Tahira Kashyap’s doting devrani, Aakriti Ahuja had posted a super-adorable picture of her husband, Aparshakti Khurana and brother-in-law, Ayushmann Khurrana giving Tahira a sweet peck on a head. Aakriti had penned down a beautiful note, which could be read as “The happiest picture I’ve seen in a very long time. The girl here in the centre, she binds us all like. Our absolute support system and rock. My family, hearts, some Johny Bravo hair and a whole pool of love and togetherness. I miss you and you need to come here super soon!” 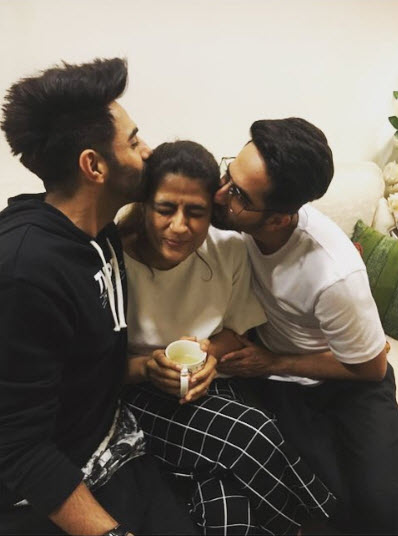 For the ones still wondering who is Aakriti Ahuja, let us give you a brief! Aakriti is a budding entrepreneur and she is the founder of the company, La Feria Events. And she is an MBA graduate from Indian School of Business (ISB), Hyderabad. Aparshakti and Aakriti had met each other in a dance class and since then, there has been no looking back for the couple. Stating how they had met, Aparshakti had revealed to a media portal, “We met at the Shiamak Davar dance classes, and though I knew her from the past 7 years, we have been dating for just about a year.” Aparshakti Khurana’s brother, Ayushmann Khurrana and his sister-in-law, Tahira Kashyap had performed the bhaiya-bhabhi duties on his wedding and were involved in all the preparations. Speaking about the wedding, Aparshakti had stated to a media portal, “Yes, I am married. It happened on 7th September in Chandigarh and I am feeling so awesome and blessed. Life could not have had better in store for me. Aakriti is adorable and my entire family loves her. Ayush bhaiya and Tahira Bhabhi performed on the title track of Luv Shuv Tey Chicken Khurana. Papa and mumma danced to Aaj Kal Tere Mere Pyaar Ke and my friends danced to Veere Di Wedding (The Entertainment). It was a wedding staright out of a Yash Chopra film.” (Also Read: Arpita Khan Sharma Shares A Cute Cuddling Picture With Newborn Daughter, Ayat And Son, Ahil) 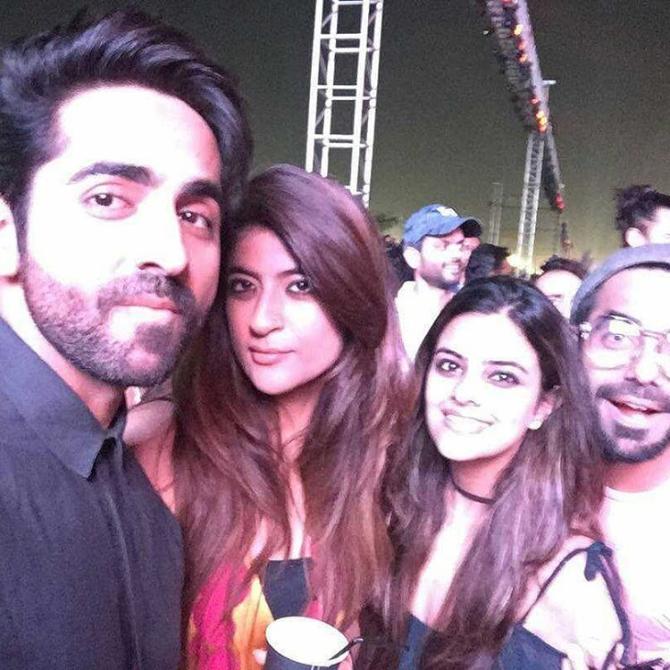 Isn’t Tahira and Aakriti’s bond really admirable? Much love to the Khurana family! In 2004, Ayushmann Khurrana had not only won the second season of MTV Roadies, but our hearts too! Eight years later, he stepped into Bollywood and redefined ‘hero’ with his fearless picks of scripts. Following his footsteps, Aparshakti Khurana came to Mumbai to pursue his dreams of becoming an actor and