Sometime back, the reports of Erica Jennifer Fernandes and Parth Samthaan’s breakup had surfaced in the media, which had made their fans disheartened. Check out the latest update in their love saga. In case of celebrities, during the course of a film or serial’s shoot, you end up spending most of your work hours with your co-stars and there are high chances that your friendship might blossom into love. And something similar happened with Erica Jennifer Fernandes and Parth Samthaan, who even though maintained their ‘just friends’ stance, were surrounded with dating and breakup speculations. Apart from the awesome camaraderie of AnuPre (as fans fondly refer to them, courtesy their role of Anurag and Prerna), Parth and Erica never miss out on hogging the limelight due to their constant breakup and patch-up rumours. Sometime back, the reports of Erica Jennifer Fernandes and Parth Samthaan’s breakup had surfaced in the media, which had made their fans disheartened. It was also reported that Parth and Erica are only maintaining a professional relationship now. But now to everyone’s delight, a SpotboyE report mentions that despite a stumbling block in their relationship, Parth and Erica have decided to give it a second chance. 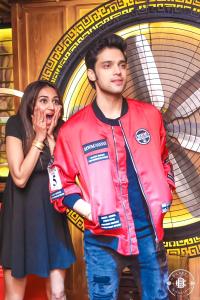 As per the report, a source has informed, “Parth has gone back to Erica and apologised for whatever happened between them and they are giving their relationship another try. It is surprising that Erica took him back because she was very adamant with her friends and family, that she will not reunite with Parth. Everyone is wondering how he could manage to convince her for a second chance.” (Also Read: Chhavi Mittal Posts An Emotional Birthday Wish For Hubby, Mohit Hussein, Their Pic Is Unmissable)

It was at Parth Samthaan’s crazy housewarming party with his Kasautii Zindagii Kay 2 friends that had raised a lot of eyebrows that all is not well between him and his KZK co-star, Erica Jennifer Fernandes, when the latter was nowhere in sight at the celebration. Although we all were extremely happy for Parth for his new house, our eyes kept on searching for Erica all around, isn’t it?

Sometime back, in an interview with The Times of India, Parth Samthaan had called the reports of his bitterness with Erica just ‘rumours’ and had clarified that they are actually good friends. Parth had stated, “We are good friends and friendly even today. We are in a good space. We work together daily on our TV serial and things are smooth between us. At times, there are some arguments or differences of opinions at work, but this is normal. In fact, recently, the cast came over to my new house and we all chilled together. I am not even aware of most of these so-called rumours, so we don’t need to deal with it.”

Parth Samthaan and Erica Jennifer Fernandes look superb together, on and off-screen, which is exactly when grapevine was abuzz that their bittersweet on-screen camaraderie has drifted off in their personal lives too! A SpotboyE report had quoted a source saying, “It seems that Erica and Parth are now more than just good friends, say the sources we have parked on the sets of Kasautii Zindagii Kay 2. There are hushed whispers on the sets of this Ekta Kapoor show that Erica and Parth have probably developed romantic feelings for each other.” (Also Read: Niti Taylor To Marry Her Fiance, Parikshit Bawa In February 2020, Reacts To Her Wedding Speculations)

Isn’t it a piece of great news? We are so happy for Erica and Parth! 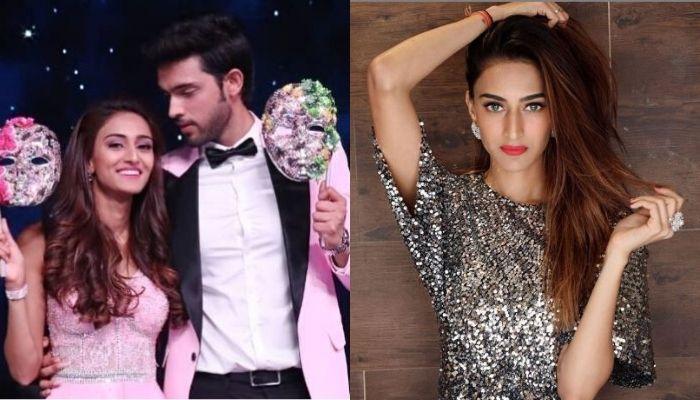 Do not we all give quirky names to our friends to tease them or maybe just out of love? While we call some friends with their surname, some have to deal with some weirdly odd nicknames. The moment you start giving nicknames to your friends is the moment your friendship starts