Ekta Kapoor, At The Age Of 43, Explains Why She Want To Become A 'Mother' But Never A 'Wife'

Ekta Kapoor, At The Age Of 43, Explains Why She Want To Become A 'Mother' But Never A 'Wife' The year 2016 and 2017 have been full of happy news, especially from our celebrities. Many of the B-town and telly land celebs embraced parenthood. The list includes Shahid Kapoor, Kareen Kapoor Khan, Tusshar Kapoor, Karan Johar, Krushna and Kashmira, Sunny and Daniel, and a few more names. While some couples became parents for the first time, there were a few Bollywood bachelors who became single parents to cute babies through surrogacy. 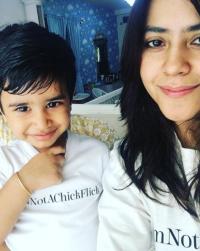 Well, it looks like, another famous celebrity is soon going to join the bandwagon of new-age parents. She is none other than famous producer and daily soap queen, Ekta Kapoor, sister of actor Tusshar Kapoor! 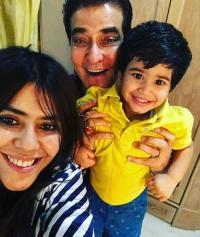 Yes, you heard us right! No, Ekta is not tying the knot with anyone, anytime soon. She isn’t pregnant also, but she is planning to become a parent in the near future! In a candid interview sometime back, Ekta revealed her desire to become a parent soon. 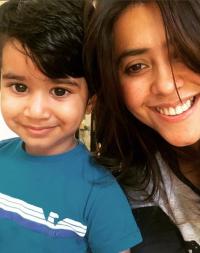 She became a bua in 2016, when Tusshar embraced parenthood through IVF. She is in a happy space right now as her nephew Lakshay is the little bundle of joy in her life. She forgets all professionals problems when she comes back home to him. Lakshay completes her and he is the love of her life. 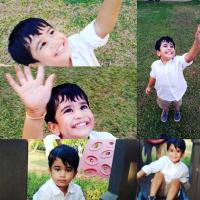 Talking about the same, Ekta revealed in one of her previous interviews:

“I am a human being who recovered from a lot of pain last year because of my nephew. I had many professional ups and downs last year. Television did very well but films did not and that is very in your face because everyone knows it did not do well. So, it just hits you more. But my nephew would just suck out every bit of tension from me. People, when they used to talk about their children, their eyes would light up. And he is not even my own child, he is my nephew but it is magical. A magic happens when a child comes to a house and as a kid grows, you grow with them and the small things become the big things.” 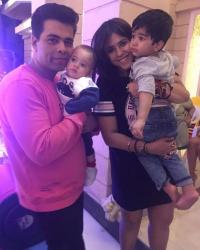 Not only her dear brother but also her close friend, Karan Johar became a dad to two cute little munchkins. Isn’t Ekta keen on becoming a parent too? Ekta shared:

“My parents want me to but I don’t know if I am ready. I am too busy. So, I have huge respect for women who manage both the home and their work. It’s superb multi-tasking, kudos to them. At this present moment, I have to take out time for a work-out.  At 1’o clock, I am going for a walk. I need to plan my life first before I plan a child.” 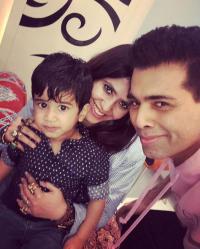 The director-producer is so busy with her work that she doesn't even have time for herself! Talking about what she would love to do in her free time, Ekta said:

“I don’t have time for myself, if I get a couple of hours, I would like to go to a spa. I look forward to a one-day vacation with friends. I love my work, so I don’t crib. People tell me to give it up if you have such a problem with it. I won’t, I would get so bored. I’d rather be busy than bored.” 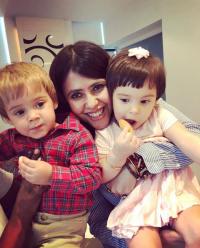 So, is she planning to tie the knot anytime soon and then welcome a child in her life? Ekta had a very sensible answer to give. She said:

“All my friends, who were married are now unmarried. With the amount of divorces I have seen recently, I think I am the more patient one. At least, I waited for it. I definitely know one thing, that I want a child but marriage, I don’t know. I don’t have time for myself, if I get a couple of hours, I would like to go to a spa. I look forward to a one-day vacation with friends. I love my work, so I don’t crib. People tell me give it up if you have such a problem with it. I won’t, I would get so bored. I’d rather be busy than bored.”

Recommended Read: After Breaking Up With Elli AvrRam, Cricketer Hardik Pandya Is Dating Another Bollywood Actress

We are happy to hear that you wish to become a parent soon and take up the responsibility of bringing up a child on your own. We also agree with you that, you need to first take out time and be mentally prepared for this big step! Our best wishes are with you, Ekta, for you future endeavors.