Drashti Dhami and her husband, Niraj Khemka are head-over-heels in love with each other. On November 21, 2019, Drashti posted a picture with Niraj and their million-dollar smile is adorable! What a feeling it is to have somebody to share your random thoughts and emotions! How many times have you thought to be blessed with a special somebody who could just listen to your meaningless talks and understand all your emotions? Love is a special feeling and when two people are in love, they remain in their own bubble without thinking about the outer world. Television’s Madhubala, Drashti Dhami and her soulmate, Niraj Khemka are made for each other and she is often seen sharing adorable pictures from their various vacations. (Also Read: Nazar Star Monalisa's Cake-Smeared Face With Hubby, Vikrant On Her Birthday Proves She Had A Blast)

Famously known as 'Muskaan Chaddha' from the serial, Dill Mill Gayye, Drashti is a very popular face of daily soaps. After dating Niraj for three-and-a-half years, they decided to take their relationship to the next level and had tied the knot on February 21, 2015. The two had a Hindu wedding ceremony in Mumbai. Drashti keeps on posting romantic pictures on her social media handle and the two are enjoying their marital bliss to the fullest! 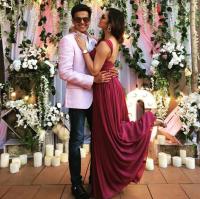 On November 21, 2019, Drashti took to her Instagram stories and posted a picture of herself with her hubby, Niraj. Dressed in a peach dress carrying a golden sling bag, Drashti radiated a beautiful glow. Her husband looked dapper and complemented her in a black kurta. Drashti wrote “Goofy” atop the picture. Both Drashti and Niraj posed with their million-dollar smile and were giving marriage goals to the millenials.

Drashti made a comeback on television with her serial, Silsila Badalte Rishton Ka after taking a break for one year post the serial, Pardes Mein Hai Mera Dil. Drashti had broke many hearts when she had decided to tie the knot with Niraj. Soon after their wedding, there had been rumours about the couple expecting their first child. Drashti had refuted all the rumours and had called the speculations baseless and untrue. Drashti is a doting wife who loves cooking for her husband. In an interview with The Times of India, Drashti had shared the same and had revealed, "I like cooking for him, but I don’t usually get time for it. It’s just that everyone in my house is on a diet, so there’s no point cooking. But yes, when I get time, I cook his favourite food items for him and he enjoys it." (Also Read: Shilpa Shetty And Raj Kundra Head To Japan To Celebrate, Completes Ten Years Of Marital Bliss) 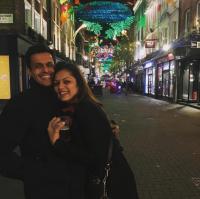 Drashti’s husband, Niraj is a businessman and maintains a low profile, on the other side, Drashti being the most loved face of television, often gets papped and is always followed by the cameras. They are completely opposite of each other in terms of their professional fronts. She had also revealed that her life has not at all changed and it is still the same. She had also revealed the one thing which her husband always complains about her and had stated that according to him whenever he plans anything special for her, she gets busy with her household chores! 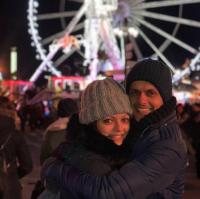 Drashti had talked about husband, Niraj and had revealed that he is a very down to earth person and cares for her a lot. She had also retorted that he is very supportive of her professional commitments. In an interview with Pinkvilla, she had talked about her husband's traits and had quoted, “It is not private. More than anything else, I don’t know how to make it more public. I don’t find a need, it is like a normal relationship which everyone shares with their better halves. Even Niraj, he is a very camera-shy guy. When I tell him there will be media outside, he runs off, he never comes with me for events, he says “baby I don’t want to see the camera yaar. I get very conscious (laughs).” (Also Read: Nysa Devgan Gets Brutally Trolled For Wearing A Crop Top To The Temple As She Visits With Ajay Devgn) 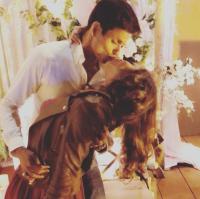 Arent Drashti and Niraj looking cute? What do you think? Keep us posted.