In this unseen throwback photo of the Kapoor family, we can spot Randhir Kapoor and Babita Kapoor, but what's interesting is their daughters, Karisma and Kareena's pictures from their teenage years. 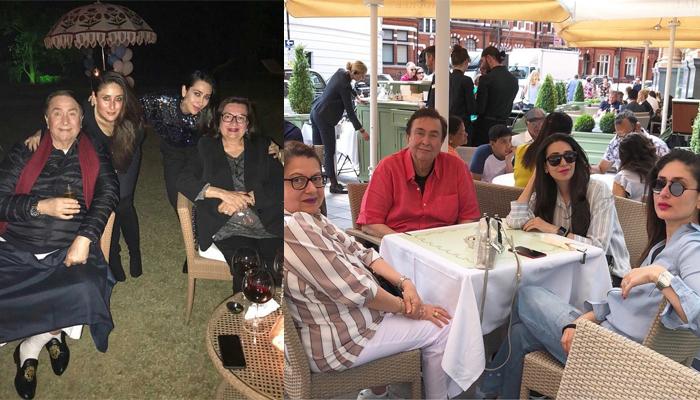 Have you ever stumbled upon an old family album and caressed your childhood photograph with your family? We all know that it brings back a lot of memories and our eyes fill with happy tears. Throwback pictures are filled with so much nostalgia that we can't help but desire to go back to the good old times, right? Today, we are going to talk about a similar throwback photo of one of the most revered families of Bollywood- the Kapoor family.

For this story, we will limit the meaning of 'the Kapoor family' to the family of Randhir Kapoor. To start off, let us give you a little bit of background. Randhir Kapoor got married to yesteryear Bollywood actress, Babita Shivdasani (later Babita Kapoor or just Babita) on November 6, 1971. Randhir Kapoor and Babita got married in a Punjabi wedding at the Kapoor residence. They have two children- Karisma Kapoor and Kareena Kapoor Khan. All was well for the first three years in their marital life, from 1979 through 1981.

But trouble began when, in 1981, their second child- Kareena, was born and financial woes started to take a toll on their marital paradise. Eventually, Randhir Kapoor and Babita Kapoor got separated in 1981 but never got legally divorced from each other. Since then, Babita ji has been the strongest pillar of strength for Karisma and Kareena and look, how their mother's struggle and sacrifice have made her daughters reach the zenith of success.

We have come across a throwback picture of this esteemed Kapoor family on social media. In the picture, we can spot the ever-so-gorgeous, Babita Kapoor and the handsome Kapoor man, Randhir Kapoor. Karisma Kapoor and Kareena Kapoor, like always, are looking extremely pretty in the picture and it seems that this click was taken during their teenage years. Take a look: 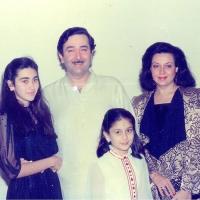 Randhir Kapoor, Babita Kapoor, Karisma Kapoor and Kareena Kapoor (now Khan) make for a perfect family, even though Randhir ji and Babita ji have been living separately for more than 30 years. In a media interaction, Randhir Kapoor was once asked as to why he hasn't divorced Babita Kapoor till now. He had replied,

"Divorce for what? Why should we head for divorce? I don’t intend to get married again, and nor does she. She found that I was a terrible man who drank a lot and came home late, which was something she didn’t like. And I didn’t want to live the way she wanted, and she couldn’t accept me as I am, though it was a love marriage. So it’s okay. We had two lovely children to look after. She brought them up in the best way and they have excelled in their career. What else I could have asked for as a father?" 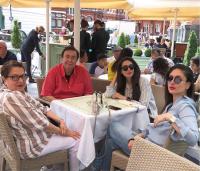 The four members of the family share an amazing bond with each other. In a 2017 interview, Kareena Kapoor Khan had called her mother, Babita Kapoor 'the oxygen of her life'. She was quoted as saying:

"For me, my mother is like God. She is, literally, the person I pray to. She is the sunshine and oxygen in my life. She has done everything for my sister and me. She is a true woman of substance. All I know is that I can't live without my mother. The mother-child relationship is one that you can't put into words." 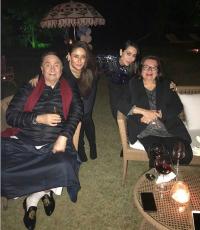 Karisma Kapoor and Kareena Kapoor Khan, the beautiful siblings, also share a doting camaraderie with each other. Talking reverently about Karisma, Kareena had said in a throwback interview: 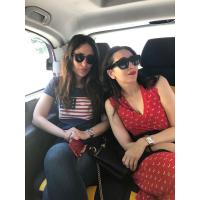 Kareena had also added that she has always aspired to be like her elder sister. Bebo had revealed:

"She’s my older sister, but I think I kind of bully her sometimes. I fire her, and I also give her advice. But eventually, she’s the person I have grown up aspiring to be. Even the way she conducted herself back in the ’90s — she was a very private actor — was inspiring." 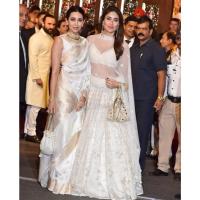 In another interview, Kareena was all-praises for Karisma and had spoken the most heartfelt words for her didi. She was quoted as saying:

"Her simplicity is her beauty and charm. That’s why, all her life, everyone around her has bullied her. But everyone who is a part of my life knows that if Lolo (Karisma’s pet name) has said something, then it’s like gospel truth for me. And what I admire the most is the dignity with which she has conducted her life, her career, and single-handedly brought up her children, despite a lot of media stress, in terms of her marriage." 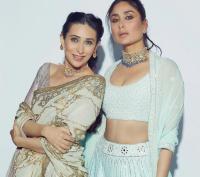 Recently, on April 20, 2019, Babita Kapoor had celebrated her 72nd birthday. Karisma Kapoor had posted the following picture of Babita ji from her yesteryears as an actress, and had wished her a very happy birthday by writing:

"Happy Birthday Mom. We love you the most. Thank you for always reminding me that our fans are most precious. Back in the day, actors would personally autograph pictures of themselves and send it as a reply to all their fan letters. It was a personal gesture to reciprocate the love and blessings that were sent via fan mail. Non digital age #happybirthday #family #mom." 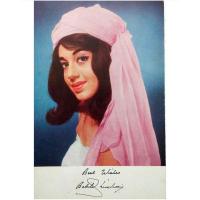 Next Read: Bollywood Star Daughters Who Are A Spitting Image Of Their Star Mothers In Every Way

Randhir, Babita, Karisma and Kareena are truly inspiring in every which way, right? Do you have a throwback story of your family filled with memories and nostalgia? Share your stories with us right away!