Late Bollywood diva, Divya Bharti had fallen in love with the ace film producer, Sajid Nadiadwala. Later, they had even tied the knot. Here's how their love had blossomed. Details inside!

Divya Om Prakash Bharti, popularly known as Divya Bharti, was an Indian actress, who had swept the entire nation with her innocent looks and a beautiful face in her extremely short film career of 3 years. Her untimely death on April 5, 1993, at the tender age of 19, had shocked everyone. As per the reports, she had fallen off from the fifth floor of her apartment and had died accidentally. Her death had garnered as much media attention as her beauty and the films.

However, we often tend to ignore Divya Bharti’s personal life, her marriage and in fact, not many know that she was married to Bollywood’s ace film producer, Sajid Nadiadwala. So let’s unravel for you Divya Bharti and Sajid Nadiadwala’s love story and the short span of their marital life. 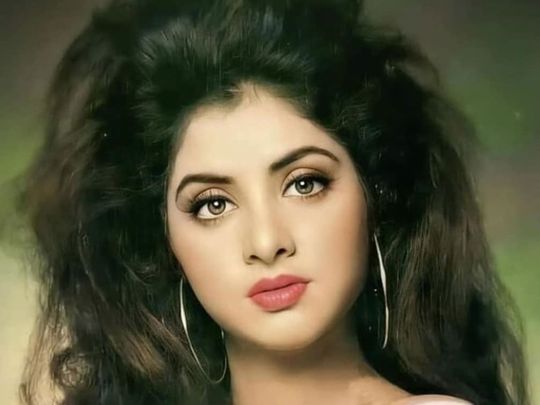 Divya was born in 1974 in a family that barely had anything to do with the films. Quite clearly, acting as a profession was too distant a dream for her. However, when she was 14 years old, she was noticed by the filmmaker, Nandu Tolani. After seeing her, he had immediately wanted to sign her for his films. However, the role was later cancelled, but she had caught the attention of many producers and directors. Eventually, Divya had made her film debut in 1990 (aged 16) in a Telugu movie, Bobbili Raja.

After doing a few movies in the South Indian film industry, she had made her debut in the Hindi film, Vishwatma opposite Sunny Deol, in 1992 (aged 18). Even though her debut was not met with too many laurels, she had catapulted to success because of her iconic song, Saat Samundar, which still rings fresh and is everyone’s favourite song even after decades of its release. Later, she had signed many films, and in her career of just 3 years, she had acted in 21 movies, and it is said that she had 30 more films lined up for her! 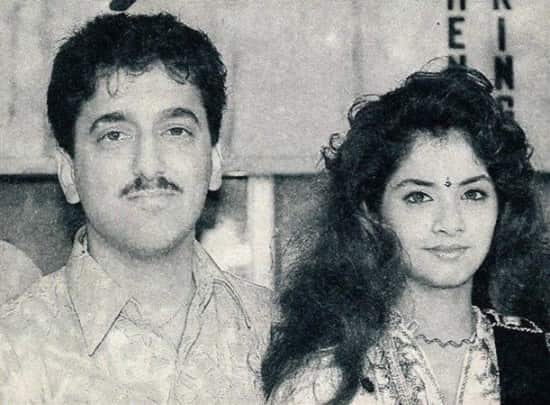 It was a casual visit for Sajid on the sets of Shola Aur Shabnam to meet Govinda, but he would have never thought that this would eventually change his life. It was at this time when Sajid had first laid his eyes on Divya, and for the 26-year-old filmmaker, it was love at first sight.

Don't Miss: Sanjay Dutt Had An Affair With Madhuri Dixit When His First Wife, Richa Was Battling With Tumour After their first meeting, Sajid had made it a routine to visit Divya’s sets every day. They had started as just being friends. But as their frequency of meetings had increased, Sajid and Divya had begun to feel more connected to each other. They had kept on meeting regularly and had made sure to keep their romance a secret. 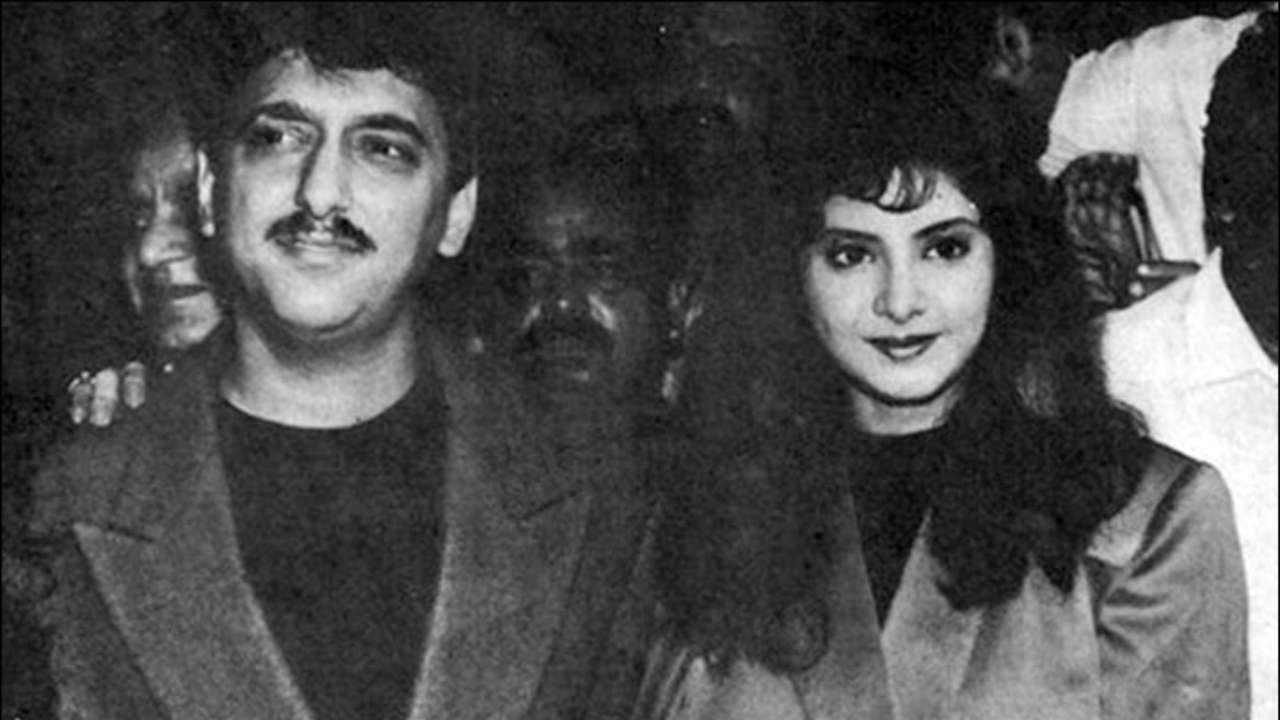 Even though a lot was at stake, their different religious backgrounds, Divya’s career had just started, and Sajid was successful but not fully established, the couple had got married in 1992. In fact, they had been waiting for Divya to turn 18, and when she did, they had tied the nuptial knot on May 10, 1992. As per reports, they had a court marriage and Divya had converted to Islam and had changed her name to Sana Nadiadwala. Even though Divya and Sajid had got married, they had kept their relationship under the wraps, let alone the marriage. However, rumours were abuzz that something was going on between the two. In a 1992 interview, Divya had spoken for the first time about her relationship with Sajid. She had said:

“If I was even half as notorious as people made me out to be, then would such a caring man like Sajid still be with me? We have been going around for nearly one and a half year now. And things have been just terrific between us. The advantage is that Sajid is very mature and a very experienced man. He has been through a lot in life. Whenever I behave childishly or sulk then Sajid explains things to me. He tells me what is right and what is wrong. I trust his judgement he is never wrong.” 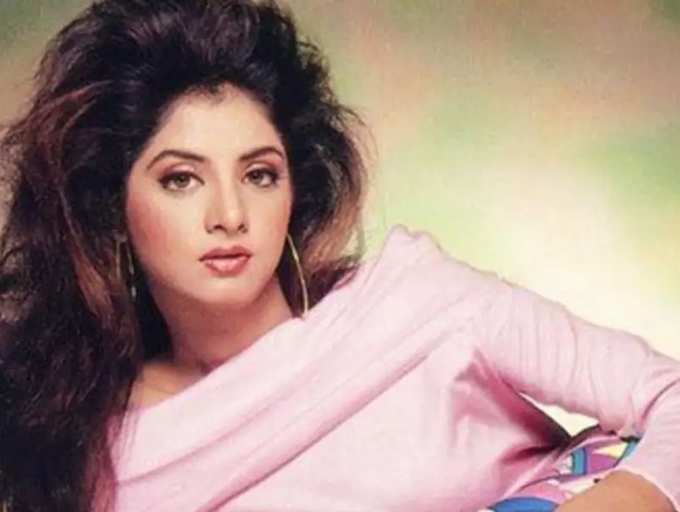 After this interview, many had guessed that the two had married each other, but nobody was sure. In another interview with the Stardust magazine in 1993, Divya had mentioned that she had planned to announce something big in 1994.

The end of a short but beautiful chapter

Everyone knows that Divya didn’t survive to announce her big news because, on April 5, 1993, she had accidentally died after falling off from her building. Her death had led to many conjectures and conspiracy theories, and it still remains a mystery. Sajid was completely distraught by Divya’s untimely death. After her demise, Sajid had made sure to dedicate all his films to her. He had continued to do so until he had tied the knot with a journalist, Warda Khan. In an interview, Sajid’s current wife, Warda had revealed that he still keeps Divya’s photo in his wallet. 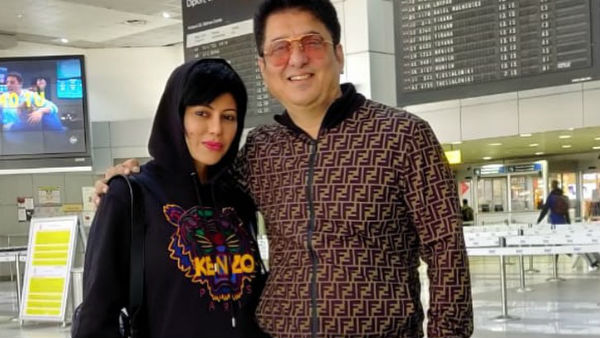 It’s so disheartening to know that Divya and Sajid only had 10 months of marital bliss, and yet, even today, he apparently carries her photograph in his wallet! Surely, Divya Bharti and Sajid Nadiadwala’s marriage was a pure and sacred story.

Next Read: When Bappi Lahiri Talked About His Love Story With Chitrani, Shared Which Song Was Inspired By Them 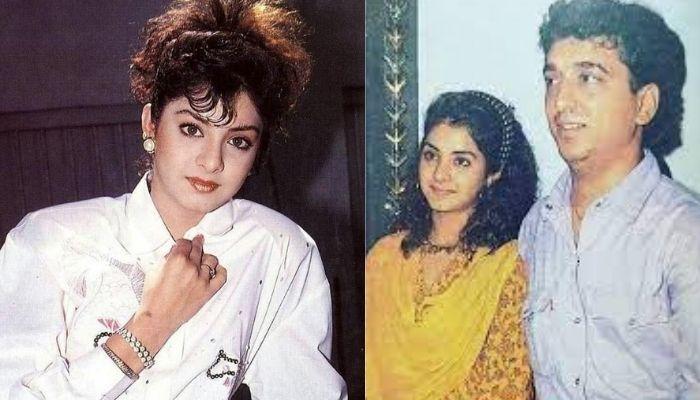 Divya Bharti was born in 1974 in a non-filmy family. At the age of 14, she was noticed by a filmmaker, Nandu Tolani, however, things had not worked out between them. At the age of 16, Divya had made her debut in 1990 in a Telugu film, Bobbili Raja. She