'Maine Pyaar Kiya' fame, Bhagyashree had eloped with her then-beau, Himalaya Dasani. Read on to know all about her filmy love story!

Bollywood actress, Bhagyashree had left the entire nation in awe with her first film, Maine Pyaar Kiya. However, after which she had left the world of glam and glitz for her family. A star's life is always on the media radar, and their fans want to know everything about their life behind the camera. While it may become a status symbol for some stars, some like to keep their personal lives private. And Bhagyashree had always stayed away from the media limelight.

Bhagyashree had become an overnight star with the release of her debut film, Maine Pyar Kiya. Every film critic and movie buff had loved her innocence and her acting on-screen. She was touted as the next big name in Bollywood, but soon she had tied the knot with her then-beau, Himalaya Dasani.

Recommended Read: 16 Actresses Who Got Married At The Peak Of Their Careers

Bhagyashree had met Himalaya when they were in school 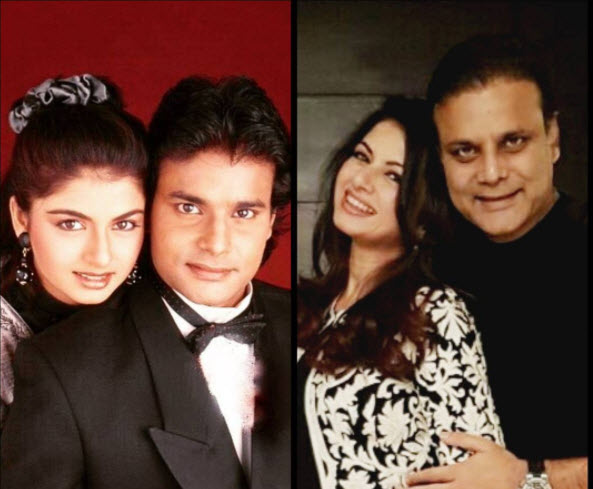 In an interview with Humans of Bombay, Bhagyashree had revealed how she had met her darling husband, Himalaya. The duo was in the same school. Sharing the earliest memory of him, Bhagyashree had called Himalaya — the naughtiest kid in her class. She had said:

“We went to school together — he was the naughtiest kid in class and I was always the class monitor. We would fight all the time and the rest of the class would have a blast! We were like Yin and Yang — the more we fought, the more it became clear that we couldn’t be apart. We never dated though…he never even told me how he felt until the last day of school. He said, ‘I have to tell you something’ and then for one week he kept trying to say it but would always back out. Finally, I went upto him and said, ‘look, just say it…I’m sure the answer will be positive’ and that’s when he told me he liked me.”

Bhagyashree's parents were against her love marriage 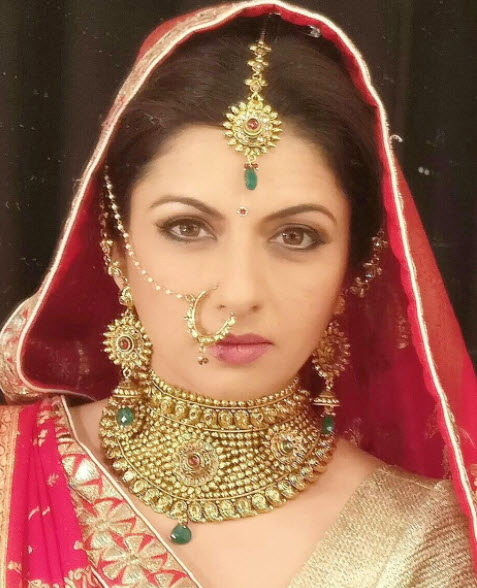 Bhagyashree, who was born on February 23, 1969, belongs to a royal Marathi family. She is from Patwardhan, the royal Marathi family of Sangli, and her father is the Raja of Sangli. She belongs to a conservative family and her parents were against the match when they had got to know about Bhagyashree's love affair. In an interview with Humans of Bombay, Bhagyashree had revealed that they had broken up for the sake of her family. She had said:

“I come from a very conservative family, so even after that while we were in college, we would barely meet or talk on the phone. When I told my parents about him, they thought we were too young to decide something like this, and I believed as well that if he really loved me, we should be apart for some time — he should explore, know that I’m the one and then we could be together. So we did break up when he went away to the US to study, and that’s when I signed Maine Pyar Kiya." 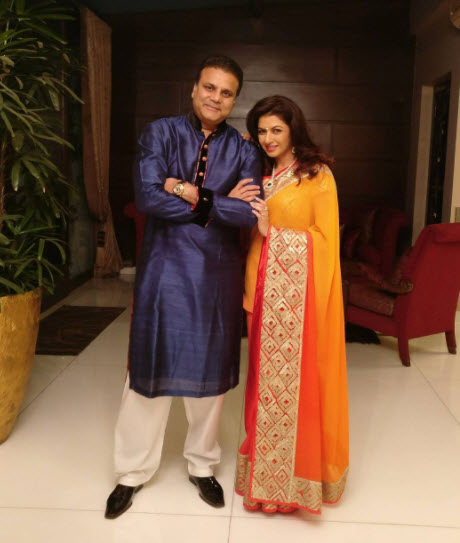 The much-in-love Bhagyashree had further shared that when she had signed up for her first film, she had asked Himalaya's parents for the approval. Though, the couple was not on talking terms at that point in time, but she always knew that they would end up together. She had shared:

“Before signing the film, while he was still in the States I went and met his parents to ask them if they were okay with me getting into films…we weren’t even together at that point, but I guess somewhere I knew that we would in the future. They said that they had no problems…and I began shooting. When he came back home during the course of the shooting, we both knew that we wanted to be together, but my parents still wouldn’t allow us to meet or speak on the phone…so I decided to speak to them. I told them that seeing him made me happy, that I couldn't be without him, but they were still adamantly against our relationship. I knew then that there wasn’t any other way.”

Bhagyashree ran away from her home to tie the knot In the same interview, Bhagyashree had revealed that she had tried convincing her parents twice, but they had restricted her from even talking to Himalaya. After which, she had realised that there was no other option than to elope if she wanted to be with Himalaya. Bhagyashree had shared:

“I called him up after this conversation and asked him, ‘are you sure of yourself, of us? This is the deciding day…either I’d be in his life forever or not at all.’ I said, ‘I’m leaving my house now, if you love me come and pick me up’ and within 15 minutes he was under my house. We had a small ceremony at a temple — his parents, Salman, Sooraj ji, a few of our friends attended and that’s how we go married.”

After tying the knot, Bhagyashree had left Bollywood 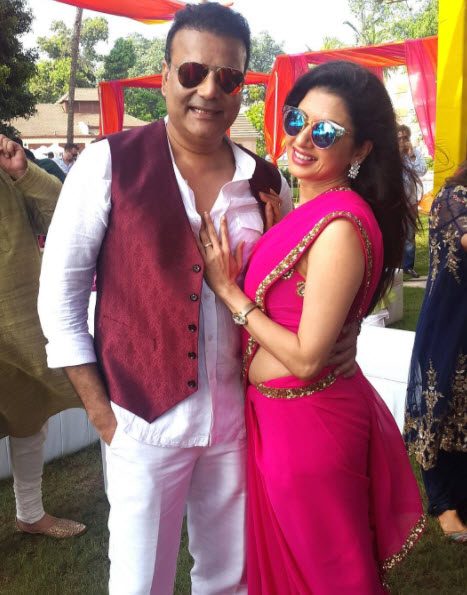 In 1990, Bhagyashree had tied the knot with the love of her life, Himalaya. After which, her first film, Maine Pyaar Kiya Hai had released and she had become an overnight star. But, the newlywed Bhagyashree had already made her mind and had left Bollywood for her husband. She had said:

“Thereafter, Maine Pyar Kiya went on to become such a big hit, but I was a woman so in love with my husband and my son Abhimanyu who was born soon after that I said no to every offer I got. I have absolutely no regrets though, I look at my life, my family now and I feel so proud. Yash Ji always said, ‘you’re a foolish girl’ and oh yes, I loved being foolish! “

Bhagyashree was happy being a homemaker 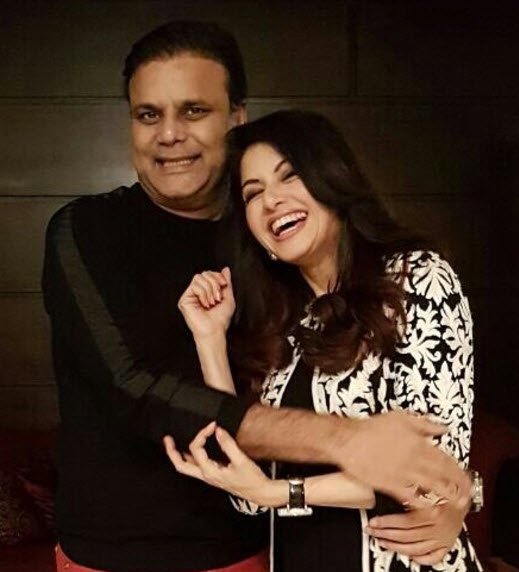 Bhagyashree had always loved her role of being a homemaker. In the interaction with Humans Of Bombay, Bhagyashree had revealed the reason behind her decision to become a homemaker and not a successful actress. She had explained:

“Very often, people say ‘giving up such a bright career’ is backward, but I disagree. I respect and admire career women who can juggle both, but I took the decision of being a full invested home maker…and believe me, that’s a thankless job. But it’s all worth it when you see your children growing up into fine human beings.” 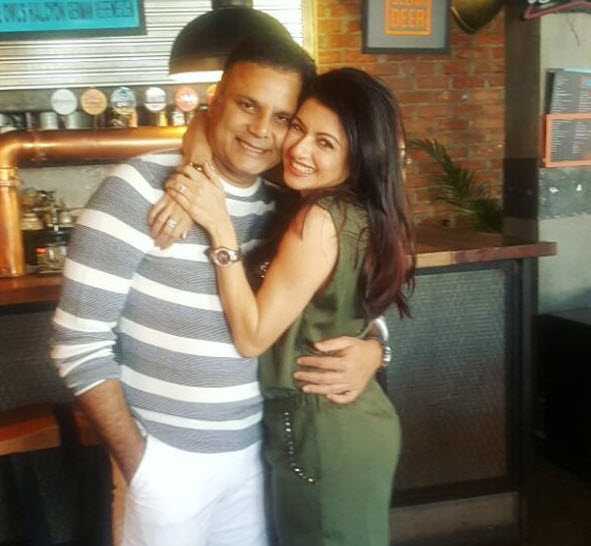 Bhagyashree is definitely an inspiration to all women. The gorgeousness had listened to her heart's calling of becoming a homemaker and gave 100% time of her time to her family. For her, that was the main priority in her life.