The newly wedded couple, Rahul Vaidya and Disha Parmar's first look for their 'sangeet' ceremony is out and it has taken the internet by storm. See inside!

Popular singer and Bigg Boss 14 finalist, Rahul Vaidya and television actress, Disha Parmar got married on July 16, 2021. Since then, their massive fanbase is super-excited and anxiously waiting for Rahul and Disha's sangeet ceremony after they've seen tons of cutesy videos from their rehearsals.

For instance, a few hours ago, a clip from Disha Parmar's final rehearsals ahead of her performance at her sangeet ceremony had gone viral on social media. In the video, the newlywed actress could be seen shaking a leg with choreographer, Sumit Khetan and his team. In the background, we could hear the song, Bole Chudiyan from the film, Kabhi Khushi Kabhie Gham.

Rahul Vaidya Goes On A Vacation With His Girlfriend, Disha Parmar, Shares A Cute Picture With Her

The first look of Rahul Vaidya and Disha Parmar for their much-awaited sangeet ceremony is out and the newly wedded couple is looking breathtakingly beautiful in their respective outfits. While on one side, Disha can be seen donning a gorgeous and completely unique blue coloured lehenga, on the other side, her husband, Rahul looked dashing in his all-black avatar.

Rahul Vaidya's close friends and Bigg Boss 14 housemates, Aly Goni and Jasmin Bhasin, are ruling the internet with their outfits and romantic PDAs at their friend's every wedding ceremony. A few hours ago, a video of Aly Goni doing rehearsals with some dancers had excited his entire fanbase. There were speculations that he would give a solo performance on the song, Khalibali from Padmaavat. We could also spot Jasmin in the clip, and their fans had kept their fingers crossed for their couple performance.

Don't Miss: Rahul Vaidya Recalls His First Night With His Wife, Disha Parmar, Reveals How His 'Mama' Teased Him

A few hours before Rahul Vaidya and Disha Parmar's grand sangeet ceremony, a video had gone viral on the internet. In the video, Rahul had hilariously revealed how his mama and other family members had interrupted him and Disha during their first night. However, the funniest part of the whole story was when he had revealed that his mama had also knocked at his door early in the morning after his first night to get his jacket from his room. However, in the end, Rahul had thanked his family members for all their love and care.

Talking about Rahul Vaidya and Disha Parmar's reception look is the talk of the town at the moment. The singer had donned a perfectly-tailored black and silver tuxedo and had looked at his absolute best. While the actress, Disha, had opted for a sparkly draped saree with a lot of shimmer and sparkles. Disha's wedding reception saree's cost is around Rs. 60,000. The lovely saree is by Dolly J Studio and is available for purchase on the designer's website. Disha had worn her mangalsutra, chooda, and comfy white shoes along with her sparkling drape saree. 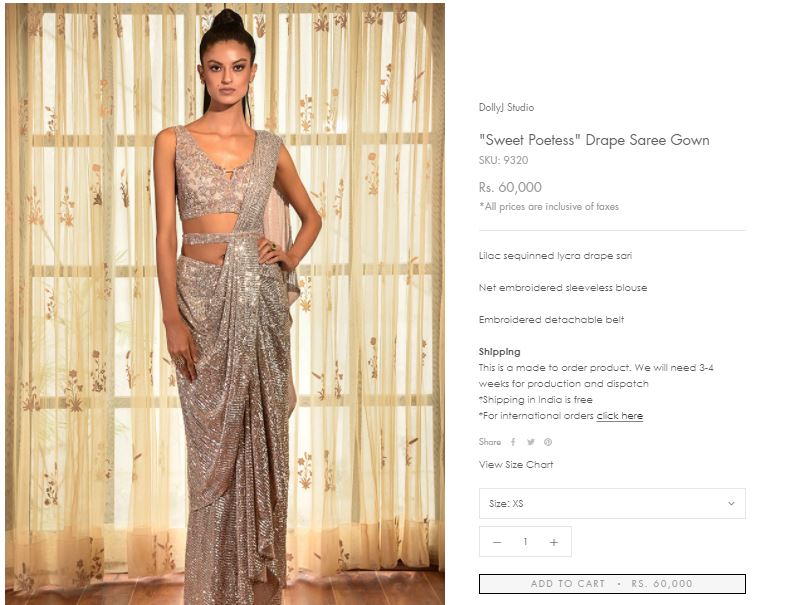 Congratulations, Rahul and Disha, for starting a new chapter in their lives together!

NEXT READ: Rahul Vaidya-Disha Parmar's Sangeet: Rakhi Sawant Reveals The Expensive Gift She Got For The Bride

Rahul Vaidya-Disha Parmar's Sangeet: Rakhi Sawant Reveals The Expensive Gift She Got For The Bride Popular singer and Bigg Boss 14 finalist, Rahul Vaidya and television actress, Disha Parmar got married on July 16, 2021. After their closed knit marriage in the presence of their family members and friends, Rahul and Disha's reception look stunned the entire internet in split seconds. The grand celebration was nothing