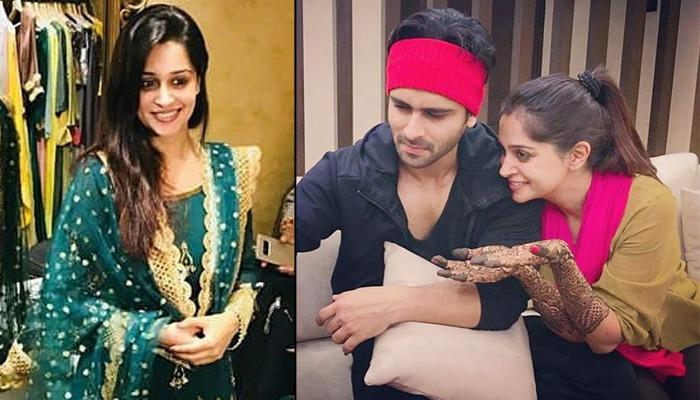 Sasural Simar Ka fame couple, Dipika Kakar and Shoaib Ibrahim surprised everyone when they shared pictures from their pre-wedding shoot on their social media handles. Their journey from Do Dil Mil Rahe Hai to Do Dil Mil Gaye is all about the eternal love and bond they share with each other. From creating super filmy selfies to recreating Bollywood movie scenes, Shoaib and Dipika’s social media PDA is major #CoupleGoals. (Also Read: Dipika Kakar Feels Hubby Shoaib Ibrahim Is A 'Lucky Charm' For Her; Has Become A Complete Homemaker)

Dipika Kakar, who is all set to make her television comeback with Ekta Kapoor's show Qayamat Ki Raat, is super excited for her first Eid after marriage. Dipika and Shoaib enjoyed their festive season of Ramzan to the fullest, and the preparations for Dipika’s first Eid are on in full swing. From deciding the meal she’ll be cooking for Shoaib on Eid to dressing in her traditional best and applying henna for this big day, Shoaib and Dipika’s household is in full party mode. 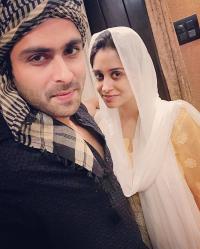 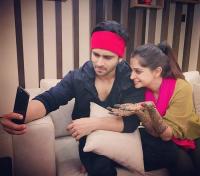 Speaking about her Eid preparations, Dipika earlier stated in an interview, “It’s going very well, I’m trying to observe Roza, to the best of my ability. It’s not that difficult as I have observed Roza, before marriage as well.” Revealing her plans for her first Eid, Dipika shared, “I will definitely spend time with family, after all it's my first Eid after marriage. Everyone in the family is very excited right now, we even have a brand-new wardrobe for the festival.” (Also Read: Hussain And Tina Dated For 9 Years Before Tying The Knot 12 Years Ago In A Hindu-Muslim Wedding)

She shared also talked about what she’ll be wearing on the special day, and informed, “I would be wearing a green coloured Sharara. At least, that’s the plan. I am also excited much about the elaborate henna that would be applying on my hands, the day before.”

Dipika will be cooking a special three-course meal for her hubby, Shoaib. Dipika revealed, “The menu is yet not decided but it will be a three-course meal, right from chaat to biryani and sweets, all made by me. Shoaib likes Achari Mutton, Daal Baati and Paneer Makhni, that I make.” Speaking about her life post-marriage and how she is enjoying being a homemaker, Dipika admitted, “I always say that Shoaib is very lucky for me. He is like a lucky charm in my life. I was enjoying and living the housewife life to the fullest. I am a complete homemaker now. I also helped Shoaib in his work at that time. Overall I was having a gala time.” (You May Like: Mira Rajput Talks About Being Married To Shahid Kapoor And Being A Homemaker By Choice) 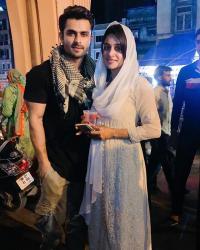 Being a K-series and Ekta Kapoor fan, Dipika opened up about her feelings for her new show, Qayamat Ki Raat (Balaji Telefilms). Dipika was quoted as saying, “I am playing the role of Suhasini. It is a very simple and relatable character. She is happily married. Later, she reaches the temple and from there her story starts. Her journey of protecting her family begins in an exciting manner. Balaji Telefilms was one of the biggest reasons why I instantly agreed to do the show. As a teenager, I was a huge fan of K- series. I have watched them all. I was really glad as I got a chance to work with Ekta ma’am.” (Also Read: Newly-Weds Dipika Kakar And Shoaib Ibrahim Celebrate Their First Ramadan With Family Post-Marriage)

She further continued, “When we work on something, be as an actor or producer, we wish that audience love our show as we work hard on it. The best part is that quality is very high of this show and we have shot in real locations. The most difficult aspect of being part of this genre is that you have to believe in things which are not real and work convincingly. I feel if I would not be convinced with the role, I won’t be able to convince my audience. And one more thing is that these kinds of shows are physically very tiring.” 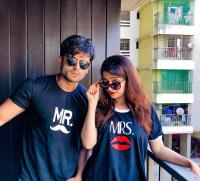 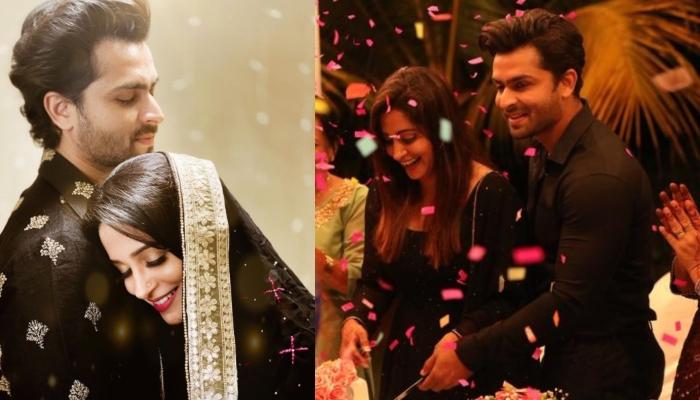 May 25, 2020, marked to be the end of the holy month of Ramadan, and Eid was celebrated as a thanksgiving day after fasting for 30 days from dawn to sunset. Due to pandemic and lockdown, people weren’t able to throw feasts for their loved ones and had exchanged wishes