When a woman embraces motherhood, she realises her superpowers and devotes herself in taking care of her child. From carrying a life inside her, monitoring their every movement inside her womb to getting up in the middle of the night to feed them, motherhood is not as rosy as it seems. Actress, Dimpy Ganguly is blessed to witness these emotions, not once but twice. After participating in Gladrags Mega Model Manhut in 2009, Dimpy was seen in a number of serials and reality shows. She had gotten married to her childhood friend, Rohit Roy and the couple had welcomed their baby girl in 2016, whom they have lovingly named, Reanna. (Also Read: Shilpa Shetty Kundra Shares An Adorable Picture Of Her Late Father With Her Son, Viaan Raj Kundra)

On Easter Eve i.e., April 11, 2020, Dimpy Ganguly had announced that she and her hubby, Rohit Roy had embraced parenthood for the second time and are proud parents to a baby boy. Dimpy and Rohit's four-year-old daughter, Reanna Roy had gotten promoted to ‘big sister’. Announcing the arrival of the little one, Dimpy had written, “Born on the eve of Easter… my little Bunny Blue is here! Aryaan Roy 11.04.2020.” Since then, the doting mommy has been sharing glimpses of her little munchkins.

Dimpy Ganguly's Endearing Moments With Little Ones, Reanna Roy And Aryaan Roy Will Leave You In Awe! 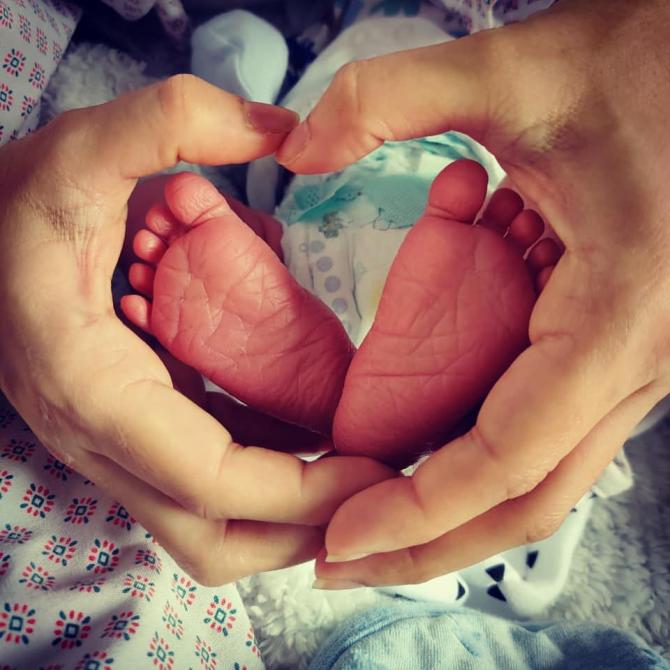 On October 11, 2020, Dimpy’s baby boy, Aryaan turned six-months-old and Dimpy shared glimpses of their intimate celebration at home. She took to her IG handle and shared pictures and video from the cake cutting. Aryaan’s big sister, Reanna helped her baby brother cut his half-birthday cake and the little goofball, Aryaan enjoyed the moment. Aryaan stole our hearts as he looked super cute in a white-coloured shirt, bow and red shorts. The little munchkin posed for the camera with his cutesy smile. Along with the pictures and video, Dimpy wrote, “So we had a little celebration at home today... with the cutest and the yummiest cake from @ginnyscakesbakery...because after all it's not everyday that my little man turns 6 months!! #aryaanroy #6monthsold.”

On July 25, 2020, Dimpy Ganguly had turned a year older and the doting mommy had kicked off her 32nd birthday by revealing the first full picture of her baby boy, Aryaan Roy. She had taken to her Instagram handle and had shared an adorable picture of little Aryaan wrapped in a grey blanket. Dimpy’s little one had looked like a cotton ball and melted our hearts with his cuteness. Along with the picture, Dimpy had written, “Turning 32 in the middle of a pandemic was definitely not something I had planned, but this little man made this otherwise strange year worth every bit. Introducing Aryaan Roy! #lockdownbaby.” (Also Read: Sidharth Shukla Says He Bonded With Shehnaaz Gill As She Was Innocent, There Was No Compatibility) 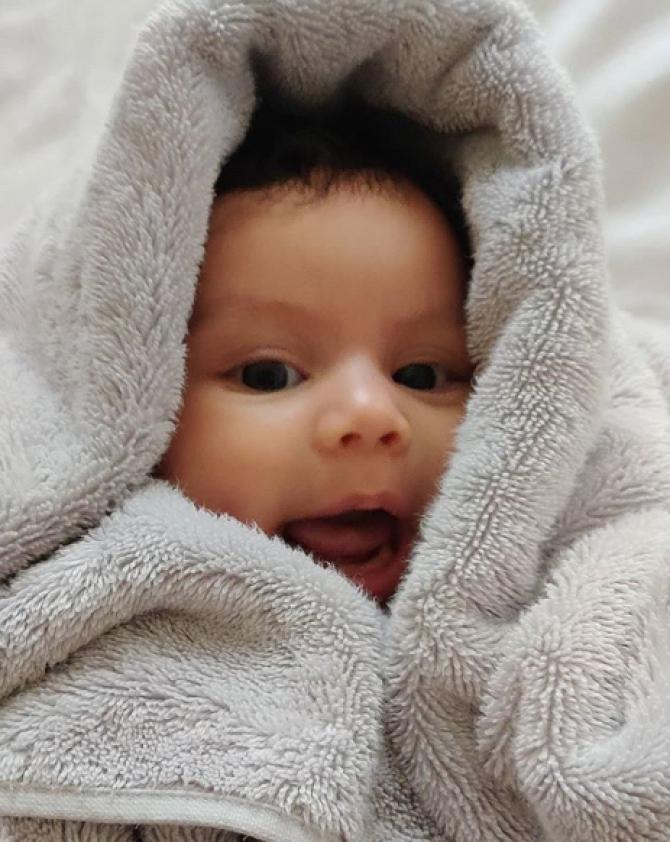 On August 11, 2020, the gorgeous mother, Dimpy Ganguly had taken to her Instagram handle and had posted a beautiful picture of her baby boy, Aryaan, as he had turned four-months-old. In the picture, Aryaan had looked nothing less than a moon, who smiles through the blue clouds on a cold winter night. Along with the picture, Dimpy had written a caption, which could be read as "4 months old today and always ready for a hug! Happy Janmasthami everyone!! #aryaan." 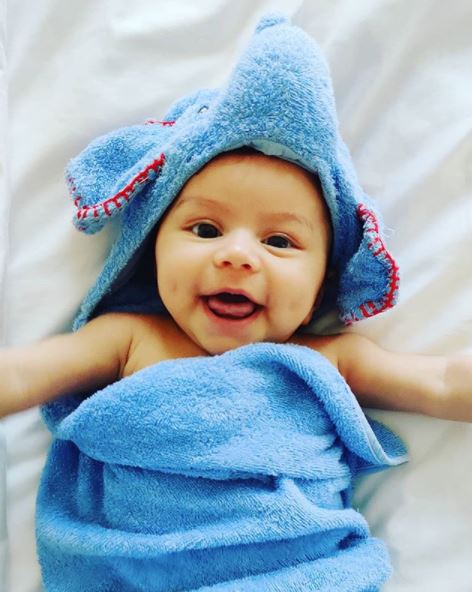 On October 2, 2020, Dimpy had taken to her IG handle and had shared glimpses of the first movie outing of the family of four. In the pictures, little Aryaan had looked adorable in a blue onesie as he had posed sitting in his mommy’s lap while Reanna was relishing her fries. The four of them had enjoyed their first outing and along with the pictures, Dimpy had written, “Our first movie as a family of 4! #trollsworldtour.” (Also Read: Mahesh Babu's Heartwarming Note For Daughter Sitara, Says There Is No Greater Gift Than A Girl Child) 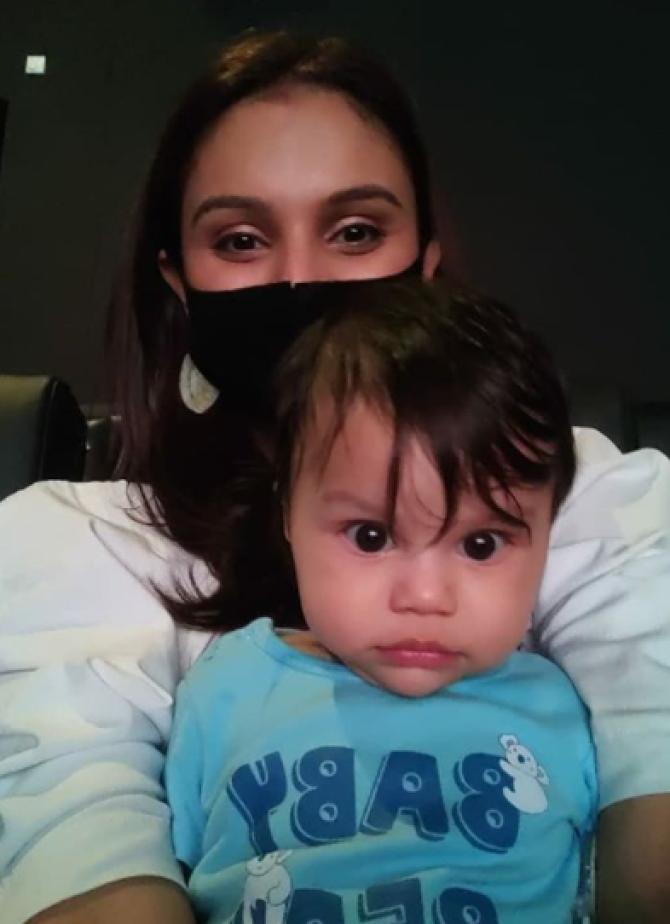 Sending truckloads of love for Aryaan on his half birthday!