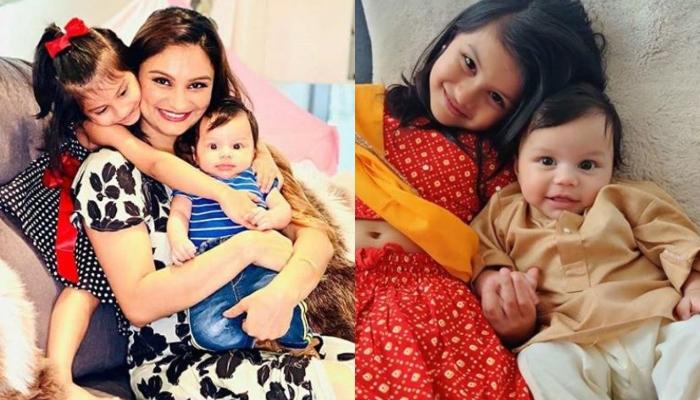 Dimpy Ganguly and Rohit Roy had tied the knot on November 27, 2015, in Kolkata, the duo has known each other since childhood, and Dimpy even had a crush on Rohit. However, when they grew up, things were different, but in the year, 2013, Dimpy had accidentally met Rohit in Dubai, and that was the start of their magical love story. In June 2016, they had welcomed a baby girl, whom they have lovingly named, Reanna. (Recommended Read: Sania Mirza's Baby Boy, Izhaan Mirza Malik Enjoys A Playdate, Grooves On 'Baby Shark' With Mommy)

And, after four years, on Easter Eve, i.e., April 11, 2020, Dimpy Ganguly had announced that she and her hubby, Rohit Roy had embraced parenthood for the second time and are proud parents to a baby boy, whom they had lovingly named, Aryaan. Now that their little prince has turned four-months-old, the doting mother has shared a beautiful picture of him on her Instagram. Scroll down to take a look! 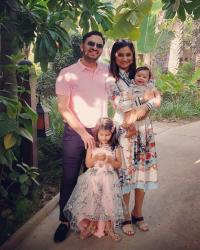 On August 11, 2020, the gorgeous television celebrity and mother, Dimpy Ganguly took to her Instagram handle and posted a beautiful picture of her baby prince, Aryaan, as he turns four-month-old. In the picture, Aryaan looked no less than a moon, who smiles through the blue clouds in a winter's night. Along with the picture, Dimpy wrote a caption, and it can be read as "4 months old today and always ready for a hug! Happy Janmasthami everyone!! #aryaan." Take a look at the beautiful picture: (Don't Miss: Karisma Kapoor Twins With Sister, Kareena Kapoor Khan In Big Sunglasses For Their Sea Selfie) On the occasion of Raksha Bandhan, Dimpy had shared adorable pictures of her little munchkins, Reanna and Aryaan celebrating their first-ever Raksha Bandhan. In the first picture, we could see the elder sister, Reanna lovingly holding her baby brother in her arms. While in the second picture, Reanna and Aryaan could be seen holding hands and smiling for the camera. Talking about their respective attires, then, little Reanna had donned a red lehenga with yellow dupatta, while baby Aryaan had looked cute in his kurta-pyjama. Dimpy had captioned the beautiful pictures as "A promise to have each other's backs always ..and they made it to each other. Happy rakhi everyone!! #rakshabandhan." 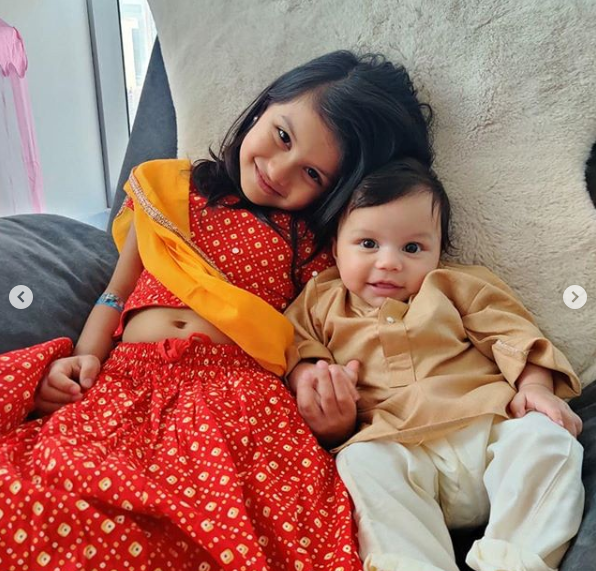 It was on June 7, 2020, when Dimpy had posted their first-ever full family picture with Rohit, Reanna and Aryaan in the frame on her wood anniversary. In the picture, we could spot the adorable chain of kisses, where Rohit could be seen kissing his wife, Dimpy on her forehead and she could be seen kissing their daughter, Reanna, who was kissing her little brother, Aryaan. No wonder, this is the coolest and most adorable family of the glamour world. Dimpy had captioned the picture as "5 years.. 4 different houses.. 3 countries two babies one love! Happy June 7 @acidxxx #5thanniversary #woodanniversary." Take a look. 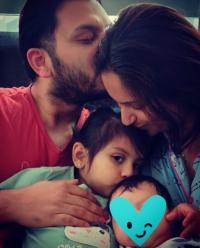 Well, just like any parent in this world, Dimpy is equally close to her daughter, Reanna. And, when she had turned one, Dimpy had shared an emotional note defining her entire journey and the feelings of seeing and holding her baby girl for the first time, on her Instagram handle. Dimpy had written, "She came to me wide-eyed and smiling after 3 days of labour at 1 in the morning.  And it was really strange for me cos I am used to seeing babies crying right after they are born (courtesy Hindi cinemas) but not reanna! Her eyes were the most distinct feature of her face. They were steel grey and full of wonder checking out this whole new place she has just entered with only one familiar thing - my smell. And although my first reactions were like "can I touch her ?" And when I did I was almost expecting her to be a plastic doll so imagine my surprise when the skin felt warm with her blood pumping through all her parts!! I kept holding her skin to skin experiencing so many emotions all at once but the only words that came out were "oh my god"!” (Also Read: Sameera Reddy And Her 'Saasy Saasu' Take A Fun Challenge, Reveal Who Does Akshai Varde Listens To) 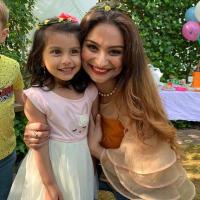 Do you like Aryaan's adorable picture? Let us know!