Dia Mirza shares a special message for her husband, Sahil Sangha on his 39th birthday. Check out Dia’s wish for him. 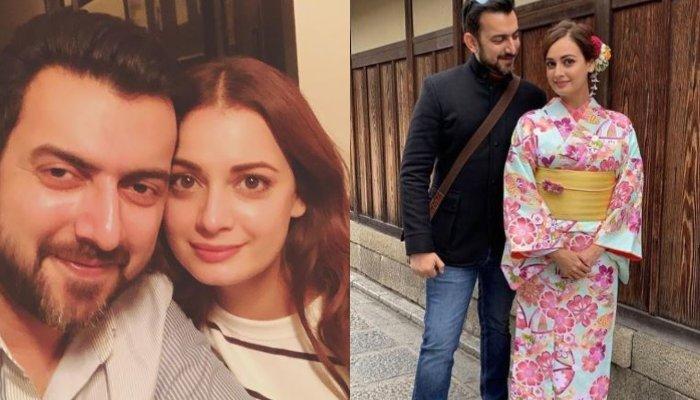 Your married life is bound to be a smooth ride if your life partner also becomes your close friend. And nothing spells special like a hand-written message or a note if it is your spouse's birthday. Well, this gesture matters a lot to our Hyderabadi queen and Rehnaa Hai Terre Dil Mein actress, Dia Mirza. There were occasions when Dia had made her hubby go weak on his knees. This time, she has left a wonderful birthday message for her husband, Sahil and, we believe that it will surely floor him.

The beautiful actress got married to her longtime boyfriend and business partner, Sahil Sangha on October 18, 2014, in a simple Arya Samaj wedding. It was a picture-perfect wedding where the bride and the groom were explained the wedding vows. Her frequent romantic and sweet gestures touch her man's heart and make their relationship stronger than ever. (Do Read: The Love Story Of Dia Mirza And Sahil Sangha That Turned Into A Fairytale Wedding)

We already know that they are a lovey-dovey couple of the tinsel world. Her posts and pictures with Sahil let us know that he is the ‘king’ of her heart. Her beautiful birthday message on July 16, 2019, will truly make his birthday a memorable one and make him feel loved all day. Dia took to her official Instagram handle and shared the following picture and captioned the same as, "Happy Birthday precious one”.

Dia Mirza had also made her second anniversary extra special with hubby and truly exceptional by wishing her best half in the most endearing way. Having completed two years of togetherness, the actress had wished Sahil in the most adorable way through her Instagram account. Dia had taken to her Instagram and posted a beautiful collage of her marital journey of the last two years. This is what she had written, "Happiness is love. #2years". (Do Read: Shibani Dandekar Bonds With Farhan Akhtar's Daughter As They Leave For Vacation Together (Pics))

The couple had a simple wedding with Arya Samaj rituals and the ceremony was rich in significance. Dia’s mehendi ceremony had taken place in Delhi on October 16. This is what Dia Mirza had said about her not-so-lavish wedding, “I am very happy. It was a beautiful Arya Samaj ceremony. The vows were explained to us. It was wonderful because it was good to be conscious of what you are going through, and what the vows you are exchanging are. It was a dream wedding.”

Illustrating his love for beloved wife, Dia and how important she is to him, Sahil had once said in an interview to a media portal, “What I love the most about her is that in one word, she is pure. She is very giving and all heart, which is also a problem as then you need to take care of your heart. She lights up a room as soon as she walks in.”

The duo had first met when Sahil went to Dia’s house for narrating the script of a film. Slowly and steadily, the professional meet turned romantic and Sahil went on his knees and presented the ring to her in the middle of the Brooklyn Bridge. Dia accepted his heart-warming proposal and during the music launch of Love Breakups Zindagi, Dia finally made her relationship public with Sahil Sangha. (Also Read: Anushka Sharma Reveals Why She Married Virat Kohli At The Age Of 29, Quite Early For An Actress)

Perhaps, it’s the companionship that makes people happier and not just the tag of ‘being married', isn’t it? Share your views!