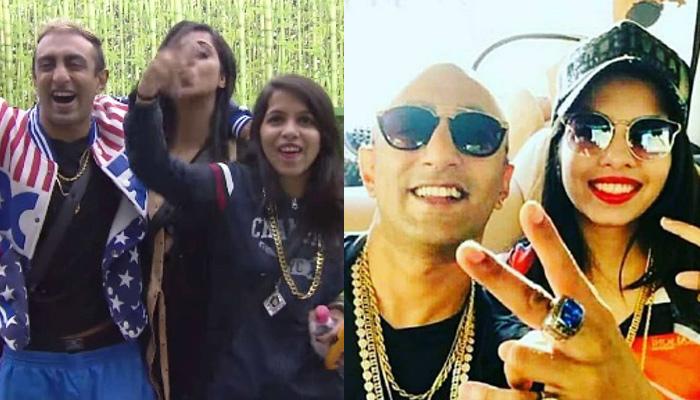 One of the most famous cringepop stars, who grabbed humongous fan following not just with her good entertainment but with her lacking sur and taal within a few of her songs. Yes, she’s none other than the young age famous rapper queen (pun intended), popularly known as Dhinchak Pooja.

When she became a part of controversial reality show Bigg Boss 11, she was linked several times.  As per the sources, there were rumours of her closeness with co-contestant Luv Tyagi. But later, Selfie Maine Le Li Aaj singer revealed about her real-life crush with another participant of Bigg Boss show, which was none other than Sabyasachi.  In fact, Akash Dadlani also said 'I Love You' to her. But then, she was maintaining distance as her father doesn’t approve all of this. Now, the latest news which has shocked everyone on the internet is that Bigg Boss 11 fame Akash Dadlani and Dhinchak Pooja are getting close to each other. From the time the duo attended casting director Shadman Khan birthday party (on February 8), the rumours are doing the rounds. (Suggested Read: After Yrs Of Togetherness, Kajol Shared Real Reason Of Marrying Ajay Who Wasn't Successful Like Her)

Apparently, amidst the party, everyone’s eyeball noticed rapping stars Akash and Pooja's closeness. A little birdie from the party revealed that Akash was getting close to Pooja the whole time during the party. The birdie said, “Wo pura time Pooja ke saath hi chipka tha (he was getting close to Pooja the whole time).” And it doesn’t end here. The source close to them also revealed that post-party, the duo have been spotted many times together enjoying in other parties too. (Recommended Read: Mommy Soha Changes Her WhatsApp DP To Baby Inaaya's Cute Pic In Handmade Knitted Cap) 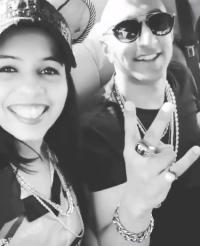 As per TellyChakkar, the source also claimed that it was recently (February 22, 2018) that Akash and Pooja were spotted again, partying together in a club in Andheri, Mumbai. Adding further to the news, the source mentioned that it doesn’t look like friendship for sure. Getting more clarity about them, when Shadman Khan, who has cast for various televisions shows was asked about this whole murmurs, he retorted, “I can’t talk whether they are seeing each other or not, but yes he was getting cosy with her.”  We stumbled upon one of the videos from MTV BCL where Akash Dadlani and Dhinchak Pooja could be seen enjoying each other's company. While he is rapping, she is dancing on the beats. Check it out here:

Now, this is something new, no? Well, we still wonder if this is true or not. And if this is true, we all are surely amazed! In that case, don’t be surprised if the duo gets together to launch a rap song! Till then let’s wait and see if we can hear it from the horse’s mouth. (You May Like:Ankita Lokhande's Glamorous Transformation Post Her Break Up Is A Proof That She Has Moved On)