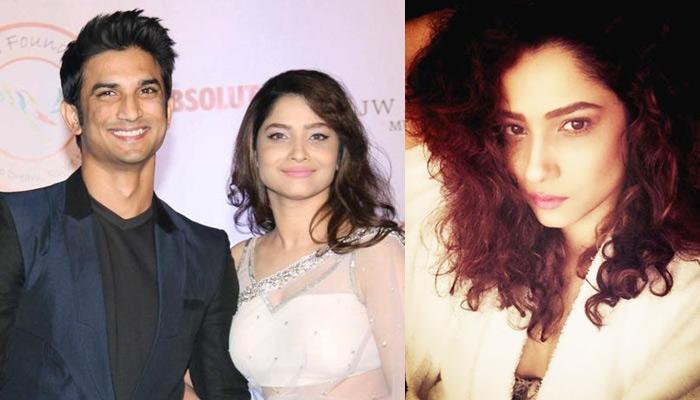 Many times, there comes a point in our lives, when we have to be mature and let go of things that are bad for us, be it people or relationships. The same happened to a very beloved tellytown couple, Ankita Lokhande and Sushant Singh Rajput.

The duo met on the sets of their show Pavitra Rishta and was in a steady relationship for 6 years. They had even been living together for a considerable amount of time, went separate ways in May, 2016. Many reasons were quoted for their break-up, the most common ones being Sushant’s proximity with his Raabta co-actor Kriti Sanon and Ankita’s drinking habits.

Recommended Read: The Reason Behind Sushant Singh Rajput And Ankita Lokhande Split Up After 6 Years Revealed

There was one thing that was very prominently visible to all the fans of the couple and that was their inability to cope with their separation. Both of them could be seen posting sentimental, hidden-meaning statuses and pictures online.

Have a look at a picture Sushant posted and its caption:

Also Read: 11 Bollywood Couples Who Broke Up After Staying In A Live-In Relationship

And here is what Ankita had to say in reply to this picture:

For quite long, everybody was confused whether they had even broken up or not. But, Sushant put an end to these uncalled-for speculations floating around in the media with a single powerful statement.

Here is what he had to say:

"Neither she was an alcoholic nor I am a womanizer. People do grow apart and it's unfortunate. Period."

Recommended Read: 6 Celebrity Divas And Their Transformation After Their Breakup

Initially everybody thought that Ankita wasn’t able to handle herself post the separation. But lo and behold, the sultry actress proved everyone wrong with her magical transformation.

Look at some pictures of Ankita after her break-up with Sushant:

Do Check Out: Daljeet Kaur's Transformation After Her Separation With Shaleen Bhanot Will Shock You!

Doesn't she look so hot? We think she is smoking hot, guys! Oh dear god, the beauty! We don't think we can even handle this much of it in one frame. During her first solo appearance post her break up, she even gave a statement, wherein she said that she wasn’t sad after her breakup and there is no need to speculate.Here it is:

"Do I look depressed? Not at all, in fact I am happy. Though, this is not right place to talk about my relationship status; but yes, we (Sushant and I) will definitely speak about it at the right time."

She has apparently enough, even lost a lot of weight. She constantly keeps uploading pictures and videos of herself sweating it out in the gym. And we must say, all her hard work is paying off!

Well, we are very happy for you, Ankita. Everybody experiences their share of difficulties in life, but to get up and move on with your life is the key. We are glad you did just that. You go, girl!