Dheeraj Dhoopar is all love and hearts for wife, Vinny Arora Dhoopar, as he uploads a beautiful picture of both of them together. 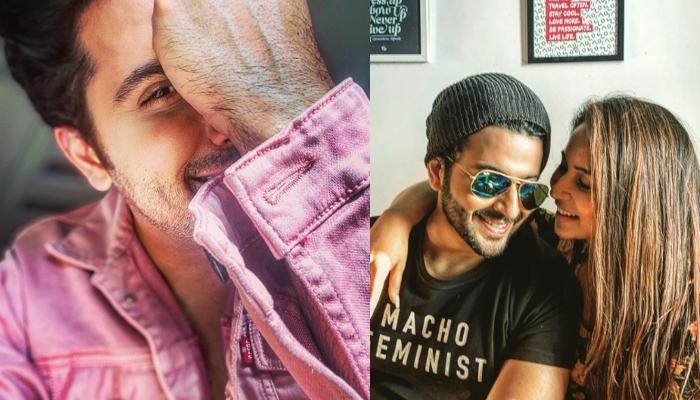 The whole world is observing a complete lockdown due to the highly contagious pandemic prevalent. Everyone is locked up in their houses, in an effort to keep themselves and their family members safe and to stop the further spread of Coronavirus. In these gloomy times, when a lockdown of 21 days has been imposed on the country, people who are not lucky enough to be with their loved ones, are praying for them to be safe and sound wherever they are. This depressing time is testing our patience like never before. (Recommended Read: Anushka Sharma Hints At The Silver Lining Amidst This Depressing Time, Shares A Cute Picture!)

We often think people with loads of privileges, like celebrities, be it Bollywood or Tellyland celebrities, they lead an altogether different life. A life without a lot of emotions because emotions are for common people like us, and for us, those celebrities are anything but common. This lockdown has taught us one thing, that even these big-screen, small-screen actors are also like us. Just because they live a larger than life role on screen doesn't mean they're not common people with values and emotions like us. Ever since the imposed quarantine has been put in place, we have seen lots of pictures and videos shared by these celebrities on their social media handles, where they can be seen spending time with their loved ones and being thankful for this time given to them. A new name added in this list is of Sasural Simar Ka fame, Dheeraj Dhoopar. 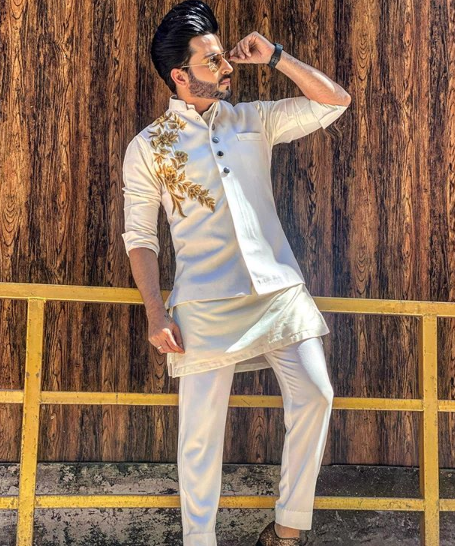 Rose to fame by his role of 'Prem Bharadwaj' in Sasural Simar ka, Dheeraj has also portrayed 'Karan Luthra' in the very popular daily soap, Kundali Bhagya. Dheeraj had gotten married to his Maat Pitaah Ke Charano Me Swarg co-actor, Vinny Arora. Tied the knot on 16 November 2016, the ever-so-in-love couple, every now and then shares their adorable PDA moments on their social media handles, and we're all hearts for them already. This time, Dheeraj took to his Instagram handle to share a very beautiful black and white picture of the both of them with the caption, "I’ll always choose you to be locked down with!" (You May Also Like: Karan Johar's Daughter, Roohi Doesn't Like His Wardrobe As Son, Yash Advises Him To Change His Style) The bubbly actress, Vinny is very active on social media which can clearly be seen on her Instagram feed. Time and again, she keeps updating her fans on how she's spending her quarantine time and what should they do to make the most of it, by indulging in something productive. Recently, she had taken to her Instagram handle to share a picture of herself, in which she could be seen posing with a mop as if it was a mic. She had captioned the cute picture as, "Fifty shades of tired." Have a look: (Suggested Read: Shilpa Shetty Kundra Celebrates Durga Ashtami, Shares 'Makhana And Gud Ki Barfi' Recipe For 'Vrat') 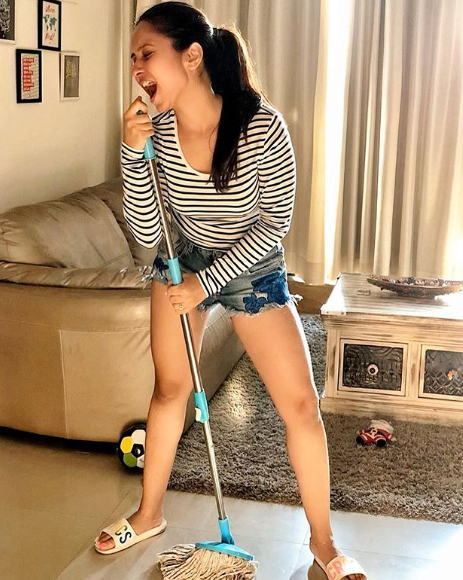 People are finding a lot of ways to spend time and keep themselves busy in this imposed quarantine, in order to hold onto whatever sanity is left. Some are resorting to social media to interact and communicate with other people since it's the only medium left as we cannot go out. Others are using this spare time to do something productive and emerge a better person after this lockdown is over.