Television actress, Devoleena Bhattacharjee's recent comments on her 'Bigg Boss 13' journey proves why she's admired by tons of females out there. Find out!

When we talk about television shows and celebrities in India, there are a few prominent names and faces that automatically cross our minds. One of them is the supremely talented bong beauty, Devoleena Bhattacharjee. The actress, who had seamlessly replaced the previous Gopi bahu, had made people instantly fall in love with her simplicity, innocence and beautiful portrayal of her character in Star Plus's one of the most popular and megahit show, Saath Nibhaana Saathiya. However, it was her time in the reality show, Bigg Boss 13, that had sky-rocketed her fame to a whole next level. The actress was considered by many as one of the strongest contenders of the show, but she had to leave it in the middle after an injury. (Recommended Read: Gabriella Demetriades Shares A Candid Picture Of Her Little Man, Arik Looking Into His Momma's Phone)

One of the biggest reasons why she was loved by most of the fans was her straight-forward nature in the house and constant war of words with Shehnaaz Gill. The actress had given numerous statements on the chemistry of Sidharth Shukla and Shehnaaz Gill because of which she had grabbed many headlines. Now, in her recent interview, the actress has revealed the reason why she's proud of not dating someone just for being in headlines. Please scroll down to read it all! 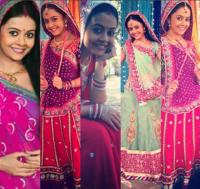 In an interview with The Times of India, when Devoleena was asked to reflect on her journey in the Bigg Boss 13 house and what is the decision she's proud of taking in the show. The actress has revealed that it was the decision of not dating someone just for the sake of being in headlines. She explained, "I'm not sorry but proud of myself… that I didn't make headlines because of dating someone or being dependent on a guy to survive. People saw me putting all efforts into every task... I was loved, and I'm happy." (Don't Miss: Saroj Khan's daughter Breaks Down Into Tears Outside Malad Cemetery After Mother's Death [Video]) 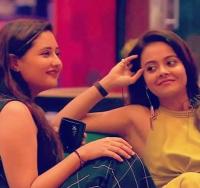 Going further in the interview, the actress also revealed the way she faces difficult moments in her life and the kind of attitude she has in those crunching situations. Highlighting on her career in the industry so far and the obstacles she faced and how she had conquered them, she said, "I wasn't upset or sad when I lost DID (Dance India Dance). I was happy that people appreciated my dance and my talent. When I replaced someone (Jiaa Manek) in Saath Nibhana Sathiya, initially I was targeted, and again I took no competition and worked hard. I was successful. My audience accepted me and loved me. Even during Bigg Boss, I was injured and left the show with head held high." 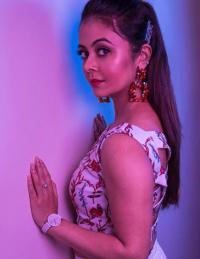 Talking about her personal life, in an interview with Bombay Times, the actress had revealed that she's eagerly waiting to get married and when she was asked about the kind of man she wants as her life-partner. The actress had quickly explained that, she neither wants a person, who is a slave of his work but nor she wants a person, who's more like a Romeo. All she wants is a person who balances life equally and understands the value of both work and love. Well, it's hard to disagree with the choice of life partner she's looking for, and we wish, our cutesy actress finds her soul-mate soon. (Also Read: Abhishek Bachchan Reveals If Would Want To Reunite With Wife Aishwarya Rai Bachchan For A Web Series) Do you like the way Devoleena played the game in Bigg Boss 13? Let us know!