Since 2010, when fans had seen Abhishek Bachchan and Aishwarya Rai Bachchan last on the silver screens, they are often surrounded with questions, in media interactions, about their next collaboration.

It was in the year 2000 when the innocence of Sahiba Grewal and Karan Khanna a.k.a., Aishwarya Rai and Abhishek Bachchan had touched the hearts of the audience in the first of their seven films together, Dhaai Akshar Prem Ke. Then Kuch Naa Kaho (2003), Dhoom 2 and Umrao Jaan in 2006 had sparked the love between the co-actors and just as much love Abhishek and Aishwarya have received as an on-screen couple, they're showered with much more admiration in real-life. It was in 2010 with the film, Raavan when we had seen Abhishek and Aishwarya together on the big screens and since then, their fans have been waiting to see them back together in a film. (Also Read: Amitabh Bachchan Shares A Photo Of Abhishek's Epic Reactions To His Portrait, Shweta Comments)

While working together in Umrao Jaan, love had blossomed between Aishwarya Rai and Abhishek Bachchan and finally, during the shoot of Mani Ratnam’s Guru, the latter had proposed his ladylove for marriage. On January 14, 2007, Abhishek and Aishwarya had made their relationship official with the roka ceremony and finally on April 20, 2007, the lovebirds were pronounced husband and wife in a mixed traditional wedding, as per North Indian and Bengali rituals. Since 2010, when fans had seen Abhishek and Aishwarya last on the silver screens, they are often surrounded with questions, in interviews and media interactions, about their next collaboration. 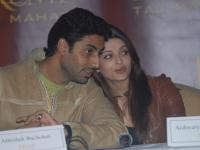 In an interview with BollywoodLife, when Abhishek Bachchan was asked if he would want to reunite with his wife, Aishwarya Rai Bachchan for a web series, junior B retorted, "What's wonderful about Aishwarya and myself is that we manage to demarcate the personal and professional. We've never thought of doing a project just for the sake of both us coming together. It is something that has to creatively satisfy the needs of each individual artistes. It's always about 'here's something really good and interesting'. It entirely depends on what the subject is." 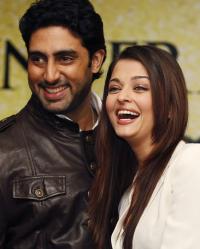 When asked how his little one, Aaradhya Bachchan is doing during the lockdown and what's keeping her busy, Abhishek Bachchan replied, "She has virtual school going on, so that occupies the largest share of her day. She's just happy to have her mom and dad together for such a long period. Ever since she's been born, I've been so busy making movies, I don't get to spend the amount of time at home that I'd like to. So, I think, she's just really happy to have her mom and dad and grandparents all under the same roof, all together. That's been a blessing for all of us to get spend some great, quality, family time." (Also Read: Abhishek Bachchan Reveals Adding No-Intimate Scenes Policy Because Of His Daughter, Aaradhya) 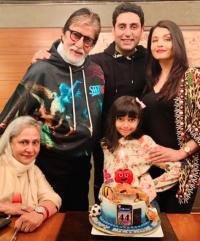 In 2018, reports were rife that Aishwarya Rai Bachchan and Abhishek Bachchan would reunite for a film named Gulab Jamun. Confirming the news to the Mid-Day, Aishwarya had stated, "AB [Abhishek] and I have agreed to do Gulab Jamun. I told AB that he needs to decide what he wants to do after Manmarziyan. We had agreed on the idea then. However, it was around the same time that AB decided to take time-out. After the hiatus, he returned with Manmarziyan, which coincidentally is directed by Anurag Kashyap. That's when the chatter around Gulab Jamun began again, and we finally came on board. It is a beautiful script, and we fit the narrative perfectly." But a few months later, the news of the couple dropping out of the film had made their fans disheartened. 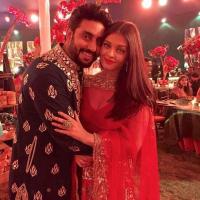 Since Abhishek Bachchan completed 20 years in the industry in 2020, he is recalling the best memories of every year of these two decades and the relevance of each in his life. In his #RoadTo20 video, 2006 marked to be a special one with Umrao Jaan, his third film with Aishwarya Rai, had released that year. Revealing the same, Abhishek had written, "#RoadTo20 Year-2006 #KabhieAlvidaNaKehna #UmraoJaan #Dhoom2 All three films hold a very special place in my heart. KANK was my first collaboration with @iamsrk @karanjohar and @realpz My third with @amitabhbachchan and my fourth with Rani. All dear friends and colleagues I’ve learnt so much from. Umrao Jaan was my third film with JP saab and my third too with @aishwaryaraibachchan_arb and @suniel.shetty." 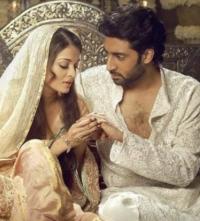 Elaborating on the special significance of Umrao Jaan and how every day of the Dhoom 2 shoot was like a huge school picnic for the cast, Abhishek Bachchan had continued, "JP Films is like home for me and working with them always seems to be more of a holiday than work. Umrao is very special to me also because.... well you know why! Dhoom 2 (my favourite of the series so far) saw a whole bunch of my childhood friends and some newer ones come together to make such a fun film. We had a blast making this one!!! Everyday was like a huge school picnic. @hrithikroshan @udayc @aishwaryaraibachchan_arb @bipashabasu @sanjaygadhvi4 @anaitashroffadajania we all made memories for a lifetime." (Also Read: Abhishek Bachchan Remembers How Aishwarya Rai Bachchan Had Flown To New Zealand On His Birthday)

Do you want to see Abhishek and Aishwarya back on the silver screens or in a web series together? Let us know! 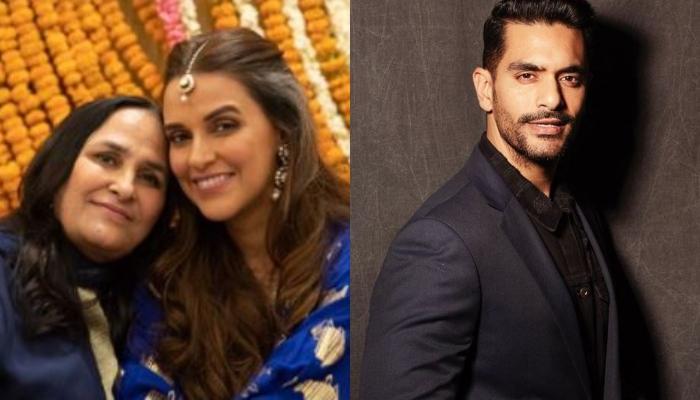