Deepika Padukone and Ranveer Singh are Bollywood’s ultimate star couple. And they both share an immense amount of love for each other. 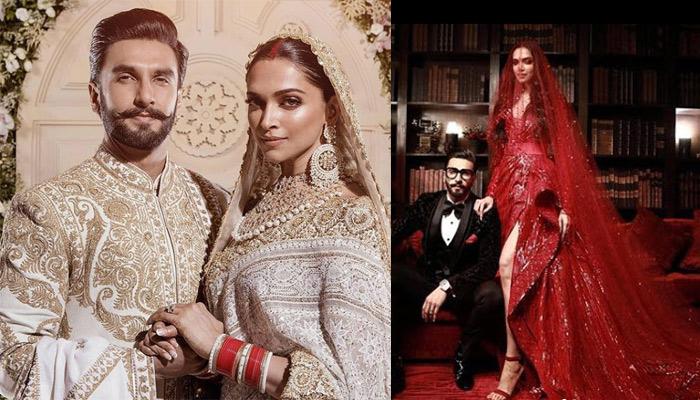 Ranveer Singh and Deepika Padukone are undoubtedly Bollywood’s most loved couple. Deepika and Ranveer got married on November 14-15, 2018, in Italy as per Punjabi-Sindhi and Konkani rituals. Ever since their marriage, the two have been giving major marital goals to everyone. They make the power-couple of Tinseltown and their every appearance, be it events or interviews, Deepika and Ranveer come up with new relationship and marital goals.

The Padmavaat actress had revealed a lot to the Filmfare magazine about her relationship with hubby Ranveer. One being asked about her marriage, and how things have changed post that, Deepika said, "I’m a lot more grounded. I feel secure, I feel protected. When you’re in a relationship, there’s still a lot of nerves, you’re still unsure, no matter how long you’ve been dating. I guess, the terms boyfriend and girlfriend sound frivolous. Somewhere, it doesn’t carry that weight as marriage does. Today when we look at each other, there’s a sense of responsibility." ( Recommended Read: Saif Ali Khan Celebrated His Birthday By Cutting Delicious Cake With Kareena Kapoor Khan By His Side) 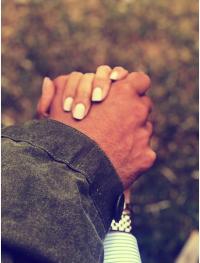 In one of her recent interviews, the actress spoke about a lot of things, right from working with Ranveer in '83' to how she was never the one who broke the news to him to how she fought depression and a lot more. In the same interview, when she was asked what is Ranveer into, the actress went on to say, "Clothes, Vanity' and I guess there aren't any prizes for guessing that really, is there? And we don’t really think that came as any surprise, considering how edgy and quirky the Gunday actor is when it comes to his style! Ranveer Singh had made headlines on many occasions for his bold sense of style and his unconventional sartorial choices.

The couple has been seen on big-screen together on more than one occasion and is gearing up to share screen space once again next year. Ranveer has always been the apple of Deepika’s eye and they both share an immense amount of love for each other. While the two had never admitted to dating, Ranveer was always the more expressive one and would always shower his love and adorable comments whenever he got the chance. Take a look. (Must Read: Rashami Desai Has Finally Found Love In Badho Bahu's, Arhaan Khan After Divorce With Nandish Sandhu?) 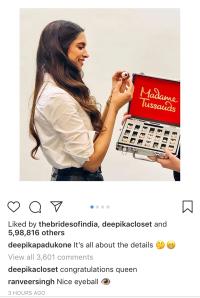 From their romantic getaways to dinner dates, to their PDA and commenting with sweet notes on each other’s social media posts, these two have fans going gaga over the bond they share. On August 16, 2019, the Chhapaak actress had posted a picture of her favourite flowers on Instagram, her hubby was the first one to leave a comment on it as he tried to flirt with his wifey. Ranveer had written, “Hai bebz, so naice plants.” Meanwhile, Ranveer Singh had hosted a live session on his social media account during which he had interacted with his fans. Fans were open to sending him questions and were commenting on his live video. Of all the comments, the one which caught our eye was a comment by Deepika Padukone which said, “Hi Dadie,” with a baby emoji and a heart emoji. Arjun Kapoor too was quick to catch on to the comment and responded with subtle sarcasm saying, “Baba bhabhi is gonna give you one.”

On the work front, Deepika Padukone has recently wrapped up the shooting of Meghna Gulzar’s Chhapaak where she will play the role of acid attack survivor, Laksmi Agarwal and in Kabir Khan’s 83, Deepika will essay the role of Romi Dev, Ranveer Singh’s on-screen wife while Ranveer plays the role of legendary cricketer Kapil Dev. In order to prep for the role, Deepika had met Romi Dev in person and spent some time with her to understand her life and how it feels to be the wife of Kapil Dev. Both Ranveer and Deepika are shooting in London for Kabir Khan’s,83 and often, they give us glimpses of their London life. (Suggested Read: Niti Taylor Reveals Her Wedding Plans With Fiance, Parikshit, Talks About Their Filmy Love Story) 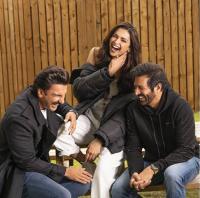 Aren’t they adorable together? We wish them all the luck and success. 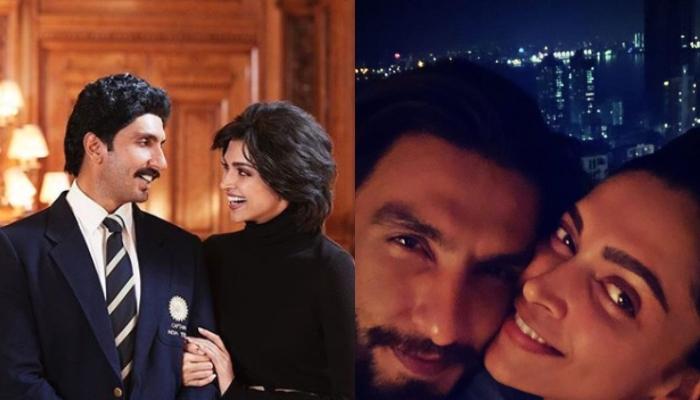 Bollywood's favourite showman, the very chirpy, funny, and life of every Bollywood party ever, our very own Ranveer Singh turned 35-year-old on July 6, 2020, and guess who had the loveliest birthday wish for him? Yes, the Leela to his Ram, and the Mastani to his Bajirao, the love of