'Kaisi Yeh Yaariyan' fame, Niti Taylor recently got engaged to her childhood friend, Parikshit Bawa. Now, in an interview, she has revealed her wedding plans with him. Check inside. Pyaar Ka Bandhan, Bade Acche Lagte Hain, Yeh Hai Aashiqui, Kaisi Yeh Yaariyan, Ishqbaaz, Pyaar Tune Kya Kiya, Laal Ishq, etc., this beautiful damsel has always proved her acting flair with different roles that she had taken up in her career. Not just in the television industry she had also shone on the silver screen down south with her movies namely, Mem Vayasuku Vacham, Pelli Pustakam and Love Dot Com. The mention is of none other than the cutest actress in the town, Niti Taylor. (Also Read: SRK's Kids, Aryan And AbRam Celebrated Rakhi Without Suhana, Had Fun With Cousin, Alia (Pics))

It was on August 13, 2019, that Niti Taylor was officially taken by the love of her life, Parikshit Bawa. Their engagement was preceded by a fun-filled close-knit mehendi ceremony. The couple had looked mesmerising on both the occasions. While Niti and Parikshit had coordinated in green on their mehendi ceremony, they looked drop-dead gorgeous on their engagement night as well. Niti had donned an icy blue lehenga with tassel detailing on the hem of the blouse and cape style sleeves. Parikshit, on the other hand, complemented her in a white traditional sherwani. 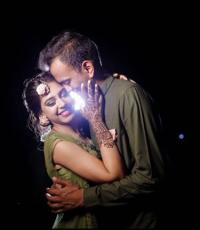 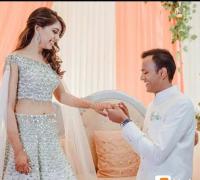 Now, in an interview with the Bombay Times, Niti was asked about how she met her fiancé, Parikshit. Revealing the details about her love story with him and said, “I knew Parikshit from school and back then, we were good friends. A few months ago, we reconnected on Instagram. When I started to know him better, I realised that he is a gem of a person. I met him in Delhi. My parents met him too, and they also liked him a lot. The best part about having Parikshit in my life is that we share the same qualities.” (Also Check: Vivian Dsena's Rumoured Ex, Garima Jain Calls Off Her Engagement Within 2 Months, Reveals Reason)

She further revealed her wedding plans and was quoted as saying, “We don’t plan to get married this year. Hopefully, it should happen next year. My fiancé’s job takes him to different places, while I am currently based in Mumbai.” In the same interaction, Niti also shared that she never wanted to get married to an actor, “I have always said that I will not marry someone from showbiz. I am happy that I am getting married to a man of my parents’ and my choice.” 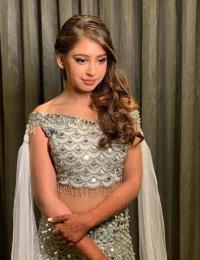 On August 12, 2019, Niti had taken to her official Instagram handle and had introduced her prince charming to the world. Sharing the below picture, she had written, “We decided on FOREVER. On the eve of beginning my life's most beautiful moment, I feel all the love and happiness there possibly can be. It only feels complete after letting you all know. I've had your love and support since the past decade and with great happiness, I'd like to inform everyone that I'm getting ENGAGED! We would like to share this moment with you all and seek your blessings and good wishes for this new innings in our lives… #PARTITAYLES.” 9Do Read: Karan Johar's Son, Yash Johar Lovingly Glances At Alia Bhatt's Rakhi As She Ties It On His Wrist)

In a throwback interview with the Hindustan Times, Niti had talked about throwing tantrums. She had said, "I am the last one to throw tantrums; you can ask everyone on the set. When people learnt that I would no longer be a part of the show, many co-actors told me that they were sad and didn’t want me to leave. I am sure I have affected a lot of people’s lives, as I spread happiness wherever I go. Negative things do happen, but once you meet me, you would know they [the rumours] are not real (laughs).” 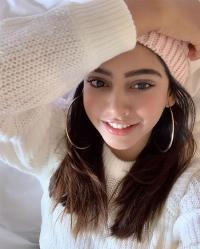 Here's wishing all the happiness and love to Niti and Parikshit!