Those two most important and exciting days came in and went by with the blink of an eye! November 14-15, 2018 saw two beautiful souls become each other’s forever in the presence of limited family members at Lake Como’s Villa Del Balbianello in Italy and ever since, fans have been eagerly waiting to catch a glimpse of the newly-wedded couple. Trust us, never have we been so impatient! (Do Read: Here's The Cost Of Square-Cut Solitaire Engagement Ring Of Deepika Padukone Gifted By Ranveer Singh)

With fans eagerly waiting to steal a glance at Deepika and Ranveer’s wedding pictures, the newly married ‘Mister and Missus’ took to Instagram and finally posted two beautiful pictures from their Konkani and Punjabi-Sindhi wedding. Captioning the picture with hearts, Deepika and Ranveer looked like a couple who has descended straight from heaven! Here are the pictures in case you missed:

Ranveer And Deepika's Sindhi Wedding LIVE, Dulha All Set To Arrive At The Venue In A Unique Style

Deepika Padukone And Ranveer Singh's Wedding Pics Will Be Shared Soon, But On This Unique Condition With Deepika’s huge square-cut solitaire engagement ring almost making us go blind, have you noticed the minimalistic jewellery that Mrs Bhavnani sported and more precisely, her chooda and kalire? The picture that the just-married couple posted from their wedding, made us see Deepika in a never seen avatar with her matha-patti, chooda and kalire on total point! What was extravagant about her suhaagan ki nishaani was the minimalistic yet simple design it came with. Take a closer look of the same here:

Beautiful, right? Also, as stated earlier by sources, Deepika and Ranveer had ensured full privacy at their wedding. And why wouldn’t they? Have you taken a note of the measures undertaken by the stars to ensure maximum privacy?  As per reports, guests have been provided with special wrist bands which symbolises that they are a part of the guest list. Security guards have sealed the camera lenses of the mobile phones of the guests, lest fearing the leakage of any off-guard pictures. To top it all, numerous security guards have been on constant patrol on the outskirts of the venue. And do you have any idea how much the superstars have shelled out on security purposes? Reportedly, the couple has spent almost Rs 1 crore for security purposes for the week! (Must Read: Ranveer Singh's Mumbai Residence Stunningly Decorated For Newbie Bride Deepika's Grih Pravesh) 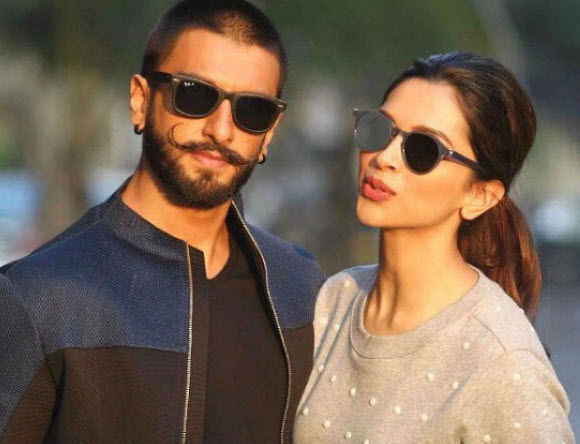 Deepika was all geared-up for her wedding and couldn’t keep calm! In an interview with Rajdeep Sardesai on India Today India Tomorrow she had shared, “I'm excited in the same way as I'm excited about signing my next film. Marriage is something that I've always looked forward to in my life, as would any other girl." Further speaking about her inspiration towards a happy marriage, the Happy New Year star stated, “I've seen my parents do it so well and so successfully and I think for me, that's the way I would like my married life to be as well. My parents have a beautiful relationship. The way they have managed their professional life as well as being together as a family. They have set such amazing benchmarks that both I and my sister (Anisha Padukone) would like to follow." 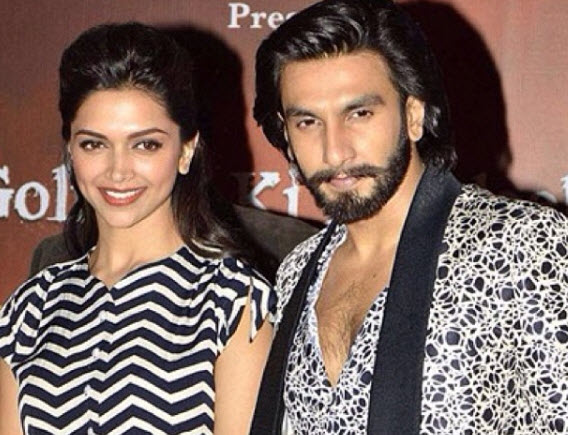 Ranveer is truly the perfect guy for Deepika. A source revealed to Huffington post some interesting behind-the-scene moments of the couple. It was revealed that Deepika and Ranveer would make every possible attempt to be with each other when work kept them apart. Also, the Dil Dhadakne Do star would stay on the sets of Bajirao Mastani, waiting for Deepika even when his shot got over! The source revealed, “He's always giving her cues even when he doesn't have to. It almost feels that for him, her career is more important than his. He was one of the first few people to tell her that she needs to go to Hollywood. He's starry-eyed when she's around.” And that truly doesn’t go unnoticed! (Checkout! Deepika Padukone Became A Sabyasachi Bride On Both Days, Did You Notice Her Unique Dupatta?) Peeps, how did you like Deepika’s chooda and kalire? Do you plan to sport a similar one at your wedding? We await a comment from you in the box below.