The gorgeous actress, Deepika Padukone has revealed her and her sister, Anisha Padukone's teenage crush and we couldn't agree more. Scroll down to know who he is! 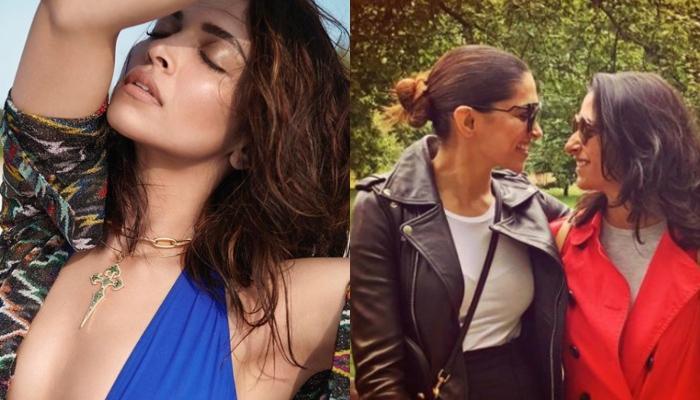 Deepika Padukone and Anisha Padukone are a fun, quirky duo and their fans love to see them together. There's always a load of laughter, inside jokes, gimmicks and pulling each other's leg whenever the Padukone sisters are together, be it in talk shows or interviews. The bond that the star siblings share reminds us of our siblings and practically every sibling ever! Scroll down to know who was the teenage crush of the Padukone sisters! (Recommended Read: Alia Bhatt And Shaheen Bhatt Look Adorable While Eating Mangoes In This Unseen Childhood Picture)

Deepika Padukone absolutely adores her younger sister and never skips a chance to flaunt her love for her. The favourite siblings of Bollywood, the Padukone sisters, share a great bond with each other, and they're a delight to the eyes when together. Being lockdown for almost two months now, Deepika is utterly missing her sister, Anisha and some days ago had taken to her Instagram handle to share a post which said, "I miss you peanut !!!Cannot wait to jump on you and squish you!!! #AnishaPadukone #siblings." Every sibling ever! 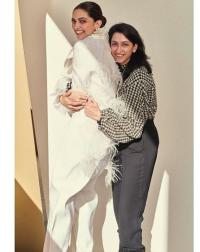 We stumbled upon an old interview of Deepika with Vogue in which she bared the secrets about her childhood and her equation with her sister, Anisha Padukone. She had said, "My sister Anisha and I shared a room. We used to sit on that sofa you see in the picture and play ‘house’ for hours. We also had several posters of Leonardo DiCaprio on the wall and made it a point to kiss him goodnight every night before going to sleep." It seems the Padukone sisters were fangirling on Leonardo Di Caprio since forever. Isn't it so cute? The fact that Deepika Padukone had a huge crush on Leonardo DiCaprio makes her only more relatable because you'd be kidding if you're a 90s kid and didn't have a crush on 'Jack' from Titanic, right? 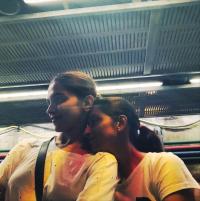 Deepika Padukone is an inspirational figure as it takes extreme guts for a successful mainstream actress to talk about her depression openly. The actress has suffered and defeated depression in her life and had addressed her battle against depression in a lot of interviews and media interactions over the years. In those tough times, the biggest pillars of strength for her was her father, Prakash Padukone, mother, Ujjala Padukone and sister, Anisha Padukone. Whom she never fails to adore. Not many people know this, but Anisha had played a crucial role in her sister, Deepika's fight against depression, which was truly, a dark phase for the talented actress. In an interview with NDTV, she had talked about her fight with depression and had stated, “If I can impact one life in this entire process of speaking up and letting people know that it's something I have been through and something that I could deal with because I had a fantastic support system." (Also Read: Angad Bedi Praises Wife, Neha Dhupia For Raising Their Daughter, Mehr In The Most Passionate Way)

Anisha had also talked about the same in an interview with News18 and had said, "Honestly, it was difficult for me as I had very little idea about mental illness and the role of a caregiver. Coping with mental illness affects both the individuals and members of their immediate family. There was not much information available where I could learn and equip myself to be of help. There were times when I felt helpless. Fortunately for us, my mother noticed something was wrong. We then approached a counsellor, who is also a very close family friend and things worked out" (You May Also Like: Smriti Khanna Reveals How She Had Dealt With A Troll Who Said 'Tere Bacche Ko Corona Ho Jaye') 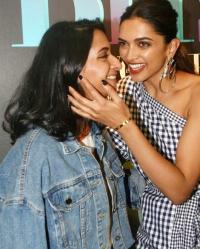