Bollywood actor, Angad Bedi has been taking care of his daughter, Mehr Dhupia Bedi, while his wife, Neha Dhupia works from home. Checkout as the actor talks about the same!

A father is a daughter's first love and a hero! From a tender age, every daughter believes that her daddy can fight any devil and it is his embrace that keeps her safe. While her mother teaches her the art of beauty, cooking and home-making, it is her father, who teaches her to be independent and all the office work. A father's disciplined life inspires his daughter to follow his footstep and take forward his legacy (no matter how ordinary it is). And an exactly similar bond is brewed between Bollywood actor, Angad Bedi and his little girl, Mehr Dhupia Bedi.  (Recommend Read: Vikas Gupta Posts Fanmade Video Of Sidharth Shukla & Shehnaaz Gill's Wedding, Calls It A Must Watch)

Angad is a perfect example of 'daddy cool'. The actor makes sure to spend time with his princess and keeps her entertained. Amidst the lockdown, we have witnessed Angad's artistic side when he had painted with his baby girl, Mehr. The actor and his wife, Neha Dhupia had gotten blessed with a baby girl, whom they lovingly named, Mehr Dhupia Bedi. Since then, the couple is doing their best to nurture their girl. Currently, Angad is taking care of Mehr as his wife, Neha is busy working from home. 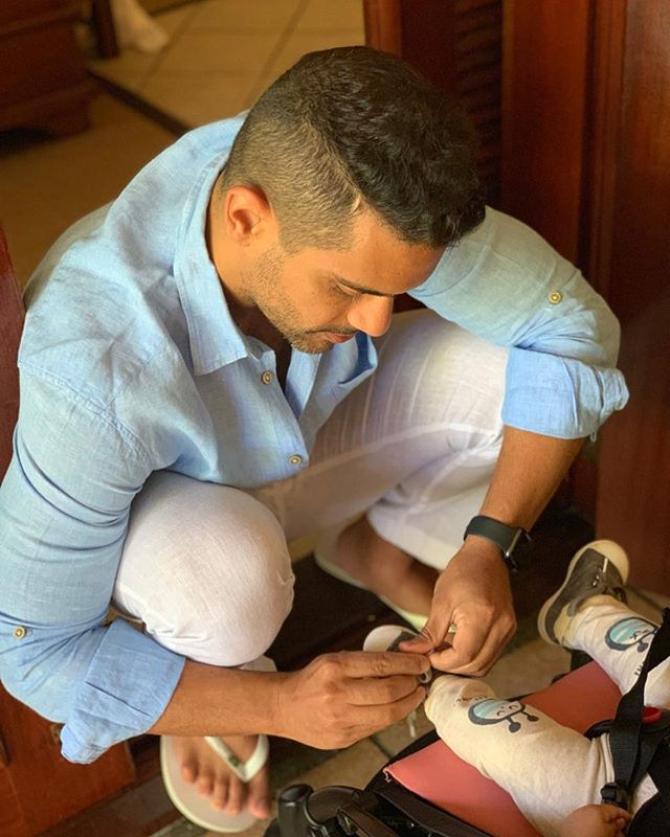 Recently, in an interview with ETimes, Angad showered praises for his wife, Neha for being a hands-on mommy. He shared that Neha is a brilliant mother as she has raised Mehr in the most passionate way. The actor feels that Mehr is an extension of Neha's personality more than his. He further went on to praise his wife, Neha and stated that she has put in a lot of effort from the time she has been carrying Mehr in her womb to her delivery to looking after her to taking Mehr along whenever she is shooting out. The actor also stated that his wife tries to spend maximum time with her. Angad also shared how his 16-months-old daughter, Mehr has started picking up words and the emotions and gave the credit for the same to his wife, Neha. (Also Read: Disha Patani's 'Cute' Comment On Her Beau, Tiger's Sister, Krishna Shroff's Photo Is Winning Hearts) Earlier, in an interview with Pinkvilla, Angad had talked about being a father and had said, "The first time I held her was when she came out of her mother's womb. I cut the chord and for me, it was a surreal moment. You know till the time it doesn't happen you don't understand. When the delivery is about to happen, those are moments I will always consider them as the most special. Winning an award or signing of the film can never be compared to the feeling of holding a newborn in your arms." 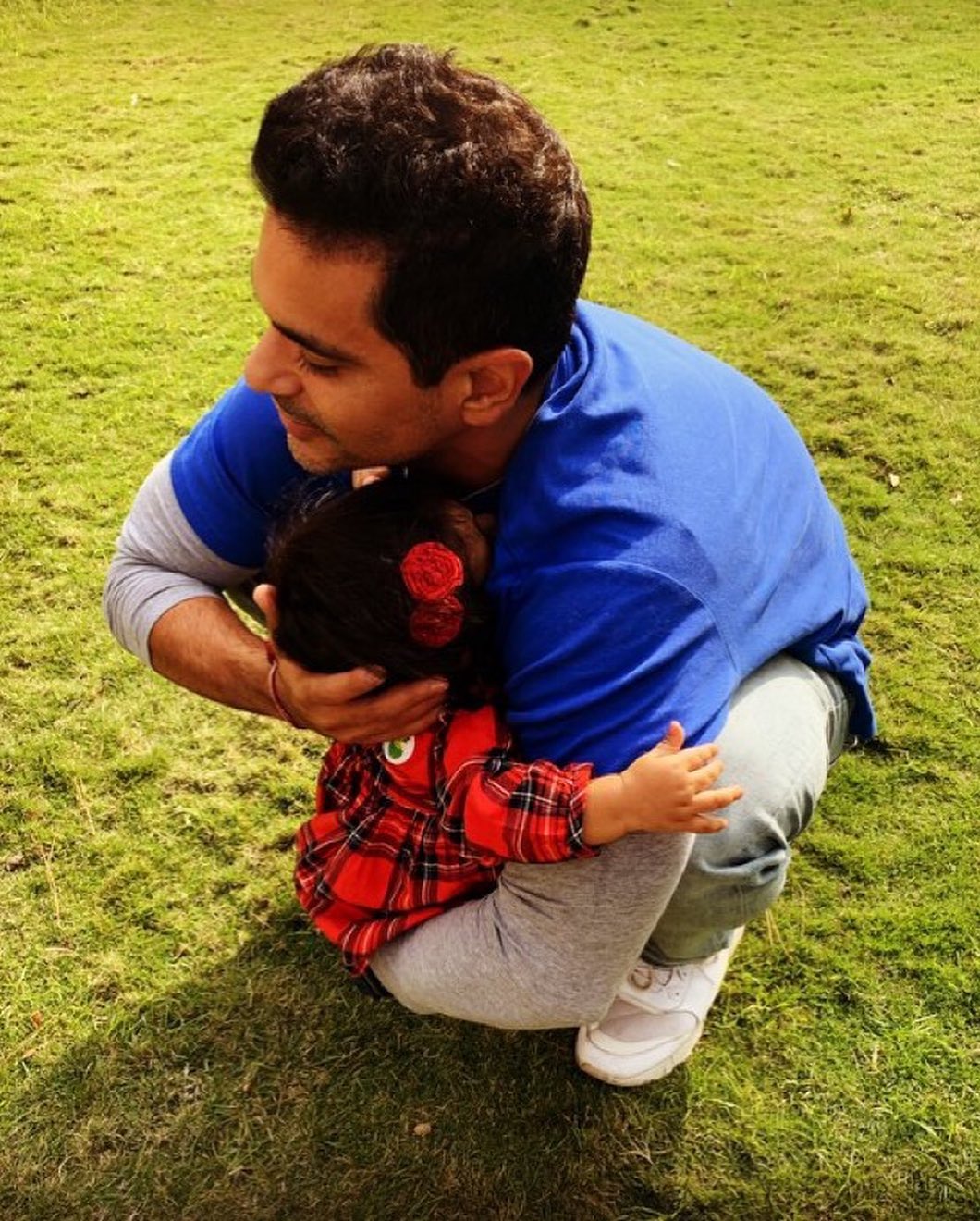 The actor had further called his daughter the best thing in his life and had shared, "I feel that Mehr Dhupia Bedi is my biggest achievement and I take full pride in being called her father. She has got the DNA of both me and Neha and I believe she is going to be a hardworking individual. She already has a strong mindset of her own. She has got strong likes and dislikes." He had further added, "I just want Mehr to be a good human being who values everything in life and understand the fact of making money through hard work. This is what my parents taught me and I hope they are here for long enough to inculcate the same in Mehr. Hard work and perseverance are the two things as parents we want her to imbibe in herself. I would like to put her in many sports-based activities. Neha asked me one day, 'What do you want Mehr to do' and I said, 'I would want her to win a Gold medal for the country in Olympics'. It's the age of women and we have examples like that of PV Sindhu, Sania, and Saina. We would like to encourage her to stay close to nature and away from Ipad or phones. I would want her to learn from grandparents. My dad has many anecdotes to share from the world of cricket and Neha's father is from the Navy. She will have a mix of both the worlds." 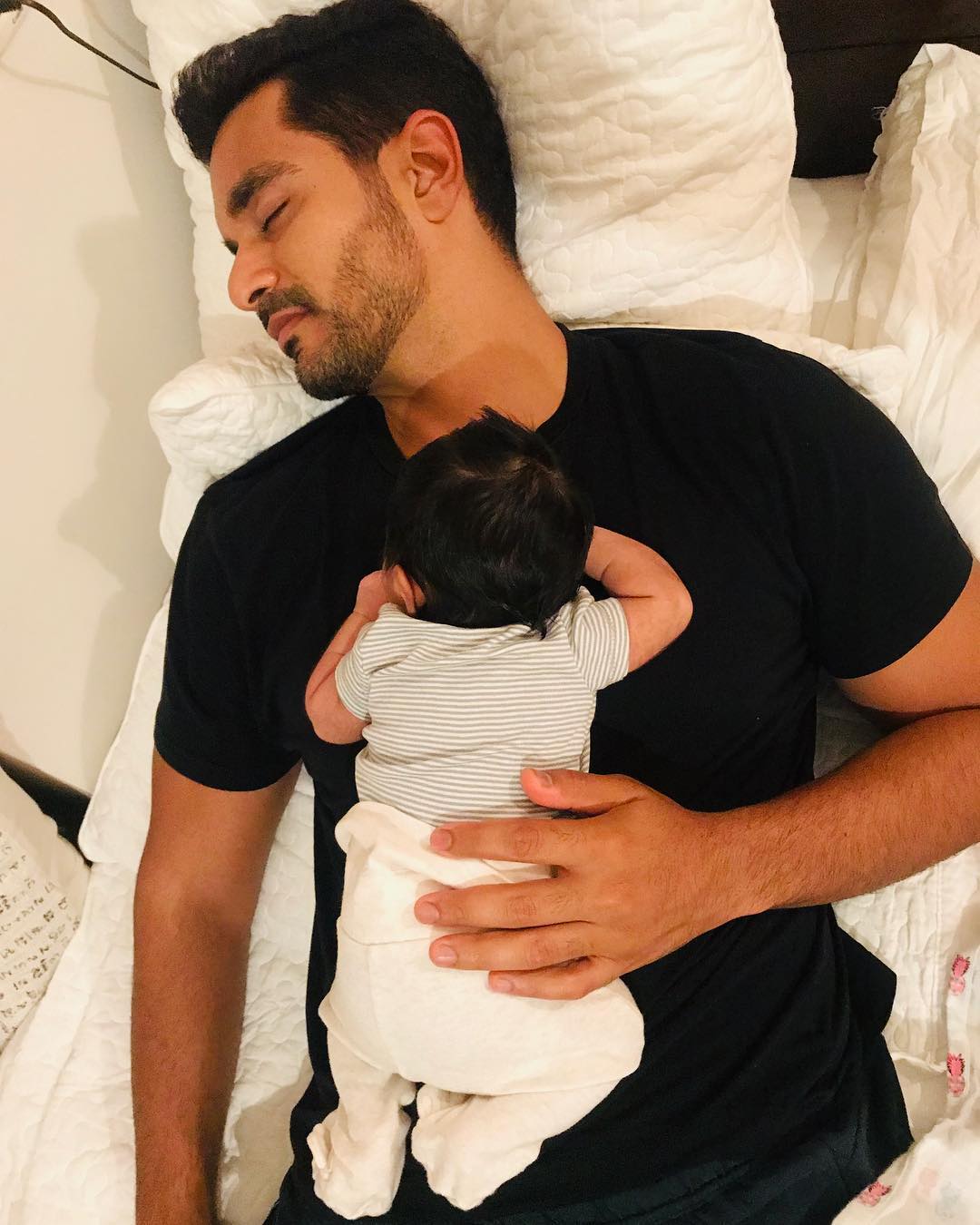 A few weeks ago, Angad had shared an adorable Boomerang with his daughter, Mehr while he was giving her a bubble bath. Alongside it, he had written, "17 months today.. baby Mehr. Thank you almighty for giving us this beautiful gift called life @nehadhupia." (Don't Miss: Anushka Sharma Spots 'A Dinosaur On Loose', Hubby Virat Kohli's Roar Makes Him The Cutest One Ever!)

Well, we love how Angad and Neha are doing their best for their little daughter!