Deepika Padukone at a launch event was talking about the various kinds of real-life roles she plays and missed out on one of the important ones! Here's her reaction when she was reminded of the same.

Gone are the days when knowing a single fact about a particular celeb would be an uphill task. With the advent of social media and changing times, our favourite celebs have opened up their lives in front of their fans by talking about ‘tabooed’ things with the media. Until now, stars would not talk openly about their weaknesses in front of the media, but superstar Deepika Padukone, has always been vocal about it and had time and again, bared her heart out about how she braved depression, took proper action upon noticing the same and emerged out stronger. (Do Read: Isha Ambani Piramal And Anand Piramal Ace Their Casual Look At Wiz Khalifa's Concert In Mumbai)

And ever since Deepika Padukone came out of her own depression, she has started her own initiative, The Live Laugh Love Foundation to help create awareness about the importance of sound mental health. For the same, Deepika was recently in New Delhi as she launched her first-ever lecture series on mental health. Donned in an all-white avatar, Deepika posted pictures of herself from the same and was accompanied by her parents, dad and mom, Prakash Padukone and Ujjala Padukone, sister Anisha Padukone (who is the director of the foundation). 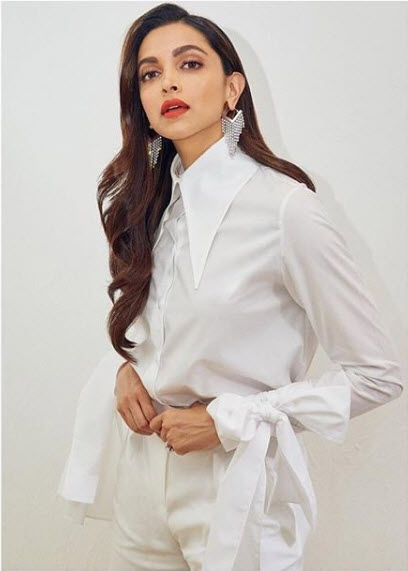 While you all still might be going all ‘wow’ over Deepika Padukone’s all-white outfit, it is now time to go ‘awww’! In a rather interesting conversation and a clip posted by one of her fan pages, Deepika was heard saying, “I am a daughter, I am a sister, I am an actor” when the host interrupted and added, “a wife?” To which, an all-smiling Deepika replied, “I am a wife, oh God, I forgot!” We bet that quite like us, you will watch this video on repeat!

To give you all a little background of Deepika Padukone as ‘a wife’, the actress got married to her longtime beau, Ranveer Singh on November 14-15, 2018, in Italy. Theirs was a private wedding and upon coming back to India, Deepika and Ranveer had hosted as many as 3 wedding receptions for various sets of people. The aforementioned video reminds us of a similar kind of fun video from their Mumbai wedding reception, which they had hosted for their media buddies. In it, as soon as Deepika and Ranveer had appeared in front of the paparazzi, shutterbugs had immediately started grabbing most of the wonderful sight. The couple, who has a very good rapport with the media, was suddenly seen breaking into jitters of laughter. Why? All the cameramen stationed outside DeepVeer’s wedding reception venue had started calling Deepika ‘Bhabhiji’ as soon as they had spotted her! This had made the beautiful couple almost go all ‘rolling on the floor laughing’! Here’s the video:

Isn’t it adorable? Coming back to Deepika Padukone, her battle with depression and her sister, Anisha Padukone, in a 2018 interview with News 18, the latter had opened up for the first time about the same. She had shared, “In her role as a global social influencer, she felt it was critical to share her story and thereby contribute to sparking (and sustaining) conversations on this key topic.” (Must Read: Sushmita Sen Sizzles In Black Bikini With White Shrug In Her Latest Ocean Holiday With Rohman Shawl) 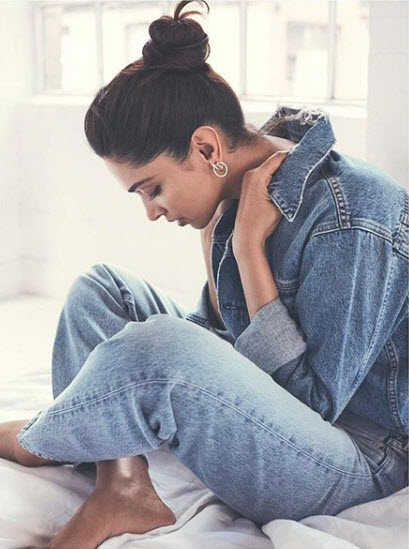 Anisha Padukone had also spoken about how she and their parents, Prakash Padukone and Ujjala Padukone had coped when Deepika Padukone was diagnosed with depression. She had shared, “Honestly, it was difficult for me as I had very little idea about mental illness and the role of a caregiver. Coping with mental illness affects both the individuals and members of their immediate family. There was not much information available where I could learn and equip myself to be of help. There were times when I felt helpless. Fortunately for us, my mother noticed something was wrong. We then approached a counsellor who is also a very close family friend and things worked out.” She had further added, “As a family, it is a gratifying feeling to know that indirectly you are helping save lives." 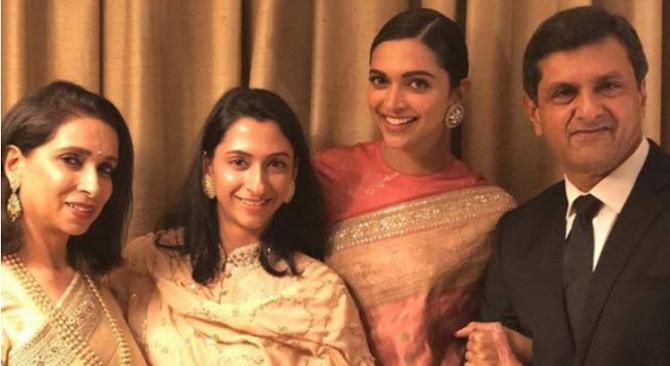 A few days before her wedding last year, Deepika Padukone had opened up about her battle with anxiety and depression in a self-written letter for Elle magazine. Her words could be read as “As some of you know, in the summer of 2014, I was diagnosed with anxiety and clinical depression. Fortunately, timely professional help coupled with the support of caregivers around me empowered me towards the path of recovery. As I began to read about the subject, I realised that there were millions like me, who were suffering in silence. Subsequently, as difficult as it was at the time, I decided to talk about my personal journey on national television, with the hope of encouraging others to also seek help. Thereafter in June 2015, I founded the Live, Love, Laugh Foundation to create awareness about stress, anxiety and depression and reduce the stigma attached to mental illness." (Also Read: Virat Kohli Flaunting The Initials Of Wife Anushka Sharma's Name On His T-shirt Is Beyond Romantic)

Guys, isn’t Deepika amazing? No wonder Ranveer is always in awe of her! (*wink wink*)