Deepika Padukone And Ranveer Singh's 'Griha Pravesh', This Is How Bhavnanis Welcomed Their Bahu

Deepika Padukone And Ranveer Singh's 'Griha Pravesh', This Is How Bhavnanis Welcomed Their Bahu 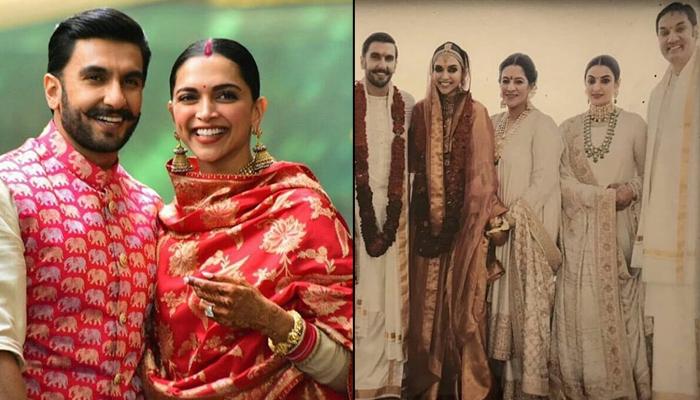 Ranveer Singh and Deepika Padukone have taught us how to be patient in love and someone, somewhere is made for us but we have to wait for the right time and the right person. Not only this, but they have also taught their fans to patiently wait for the glimpses of their wedding too *wink wink*. Deepika and Ranveer got married on November 14-15, 2018 as per Konkani and Sindhi-Punjabi rituals, respectively. (Also Read: Deepika And Ranveer In Trouble Due To Sindhi-Punjabi Wedding, Violate Rituals And Hurt Sentiments)

Deepika and Ranveer exchanged their marriage vows in a destination wedding in Italy and they had requested their guests to not click any pictures of them and post on social media. So, the fans had to wait for the couple to release their official wedding pictures. Then when the newly-weds came back to Mumbai, their fans and media waited outside the airport to catch a glimpse of Mr and Mrs Bhavnani.

The couple went to Ranveer’s residence for the Griha Pravesh ceremony and their fans hoped to catch a glimpse of the rituals followed by the family. But as of now, there are no pictures released by the couple for the same, but we have something else in store for all DeepVeer fans. We have the details of how the Bhavnanis welcomed their bahu into the family.

According to a report in DNA, Deepika’s in-laws had arranged griha pravesh ceremony as per the Sindhi rituals at their residence for their beloved bahu. The source shared, “The Bhavnanis had organised a traditional griha pravesh for their bahu as per Sindhi customs. Ranveer’s family welcomed Deepika with an aarti and played a few customary games, too. She stayed at their residence last night. Today, they will head to her Prabhadevi home.” 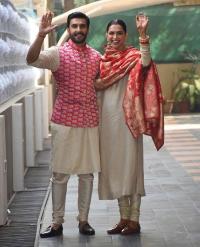 The source further added, “The newlyweds will stay in DP’s apartment till they get their new house ready. As of now, the wedding celebrations continue. The superstar couple will fly with the Bhavnani clan for the wedding reception in Bengaluru on November 21 before hosting a grand bash in Mumbai on November 28.” (Also Read: Ranveer Singh's Mehendi Has Wife Deepika Padukone's Name Written On It But In A Special Way) 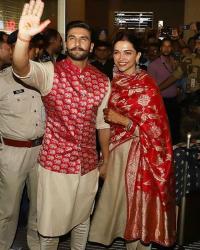 Recently, a picture of Deepika and Ranveer with the entire Bhavnani clan went viral on the internet, from their dreamy wedding album. The newly-weds, Deepika and Ranveer can be seen posing along with Ranveer's father, Jugjeet Singh Bhavnani, his mother Anju Bhavnani and his sister Ritika Bhavnani, after their Konkani wedding. The bahu of the Bhavnani family, Deepika can be seen happily holding her mother-in-law, Anju Bhavnani's hands. Too much happiness in a single frame! 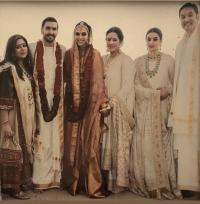 Deepika and Ranveer will host not one, but three wedding receptions in India for their close friends and relatives. On November 21, 2018, Deepika and Ranveer will host their first wedding reception in Deepika’s hometown, Bengaluru. This will be followed by another reception on November 28, 2018, for their friends and media. And finally, their wedding functions will conclude with the third reception on December 1, 2018, for the industry colleagues.

About the invitees, a source was quoted as saying, "Ranveer and Deepika do not believe in holding on to the past. They both together decided to send invites to all irrespective of the equation they shared with them back in the days. Much to the surprise of everyone, an invite has been sent to Katrina Kaif, with whom Deepika shared a cold shoulder, thanks to their common past with actor Ranbir Kapoor. Apart from Katrina, an invite has been extended to Anushka Sharma too, whom reportedly Ranveer Singh was once dating. But that is now history. While Anushka has moved on and is now married to Virat Kohli, Katrina Kaif is happily single. In fact, Katrina's confession of being excited to attend Deepika's wedding on Koffee with Karan too hasn't gone unnoticed." 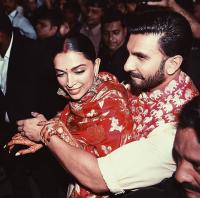 Another source had stated, "As far as Priyanka Chopra is concerned, while Ranveer Singh shares a very close bond with the actress, Deepika again shared a cold shoulder with the lady, post the success of Bajirao Mastani and their subsequent debuts in Hollywood. However, things now seem to be fine between the ladies and a reception invite has been sent to PeeCee. But, knowing that Priyanka herself is getting married on December 2 in Jodhpur, she would be missing out on DeepVeer's reception that is reportedly being held just a day before her own marriage." (Also Read: Deepika Padukone's Bridal Lehenga Cost Revealed, It's Not At All Expensive Being A Sabyasachi Outfit) 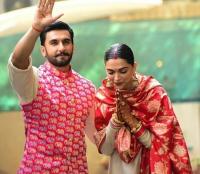 We are waiting for the Griha Pravesh pictures and we also want to know about the games and who won them. Please do update soon!