How many of you are ecstatic about your birthday and start all the planning and preparations 6 months in advance? Yeah, in spite of knowing the fact that you will turn a year older! (Don't Miss: Gurmeet Choudhary and Debina Bonnerjee Ran Away To Get Married And No One Knew About It)

And when it comes down to celebrity birthdays, the celebration is no less than grandeur. Our celebs leave no stones unturned to make their or their partner’s birthdays worthwhile. In fact, one of our industry’s hottest actors did the same for his dear wifey. Any guesses as to whom we are talking about? (Hint: They played the character of Ram-Sita on NDTV Imagine’s Ramayana.) Yes, you have guessed it right! We are talking about none other than the superbly good-looking and sought after couple, Debina Bonnerjee and Gurmeet Choudhary. The doting husband planned a ‘known-surprise’ for his beautiful wife. The Khamoshiyan actor shared in an interview, “There are a lot of plans on her wish list to fulfil”. He further reflected on one of Debina’s first birthdays with him and said, “Her first birthday with me. I planned a surprise but she hates surprises. Unfortunately, I had to reveal the plan before I could convince her to take her along with me”. Poor luck, Gurmeet! (Also Read: Gurmeet Choudhary Proposed Debina Bonnerjee In Bengali, Her Reaction Is Epic (See Video))

On this birthday, Gurmeet posted a lovely picture of the both of them and wrote “Happy birthday my world @debinabon”.  Isn’t that super cute? Looks like love is in the air for the power-packed couple! Both of them are currently in Thailand celebrating Debina’s birthday. The Santoshi Maa actress has given herself a new makeover and is looking hotter than before. When asked if she managed to sneak-peek into her hubby’s birthday surprises for her, she said, “Well, my birthday surprise and gift are definitely a secret. Though I have given myself a new makeover, with a tinge of red streaks in my hair. But what has Gurmeet planned for me, I have no idea”.

When Debina was once asked in an interview about one of the best surprises that Gurmeet had planned for her, she gushed, “Guru celebrated my birthday in the middle of the road. I still can't believe he did that and that also with band baaja, in 2006”. How cool is that! (Also Checkout: This Is How Farah Khan, Mom Sunita, Sister Rhea And Cousin Janhvi Are Preparing For Sonam's Wedding) 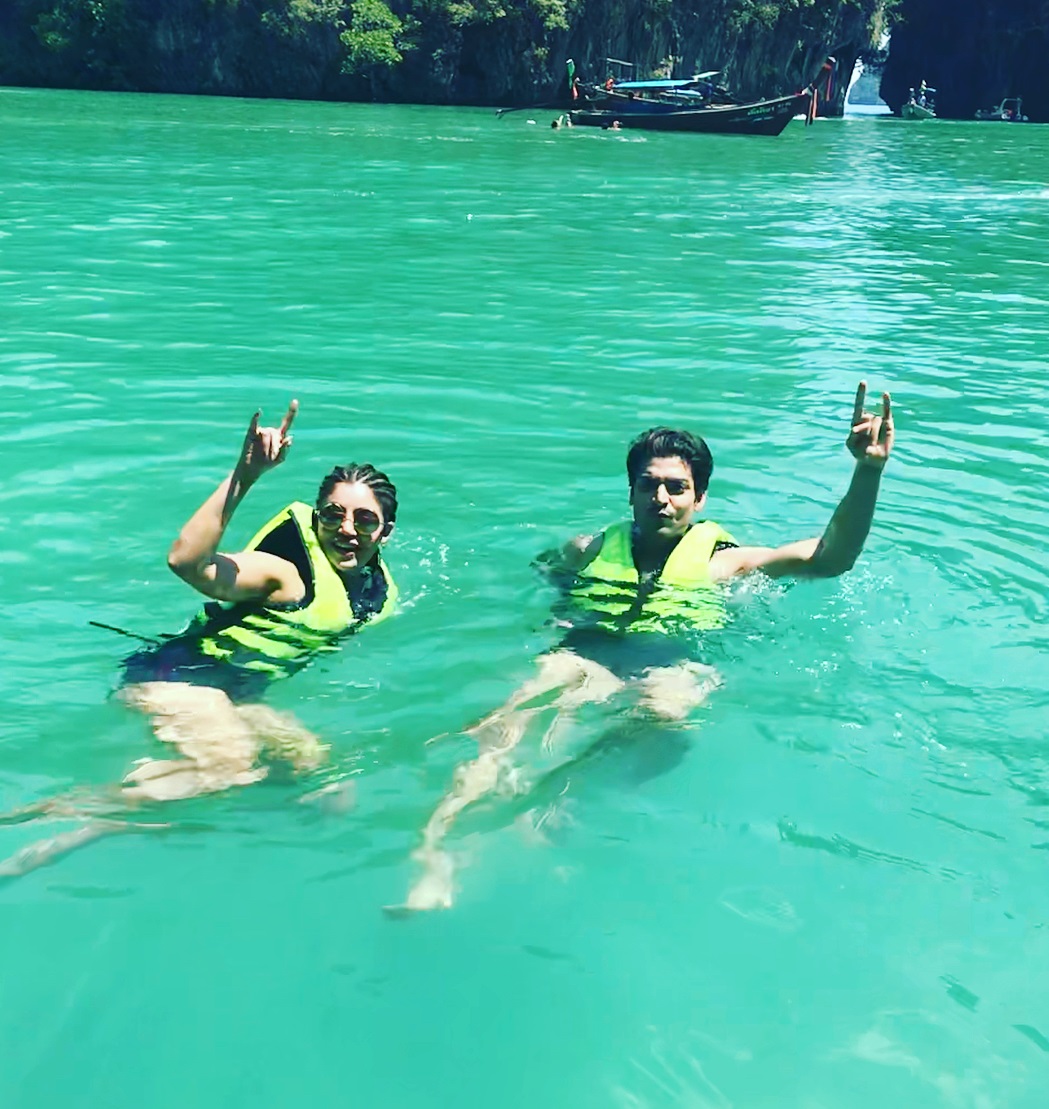 Debina also stated that her dear hubby feels that she is a better planner than he is. This is what the birthday girl said, “Actually, he does not plan and leaves it up to me. For the past two days, I have been planning my own birthday, deciding the location, researching about the place. Gurmeet just comes up to me and asks if I am sorted and happy. But in a way, that is good because then I can have things my way. On the other hand, it is boring, too”.

Gurmeet is known to be one of the most romantic actors, be it the small screen or movies. When asked in an interview with TOI about how romantic is Gurmeet in real-life, this is what Debina shared laughingly, “Trust me, actors who are romantic on- screen are not so in real life!” 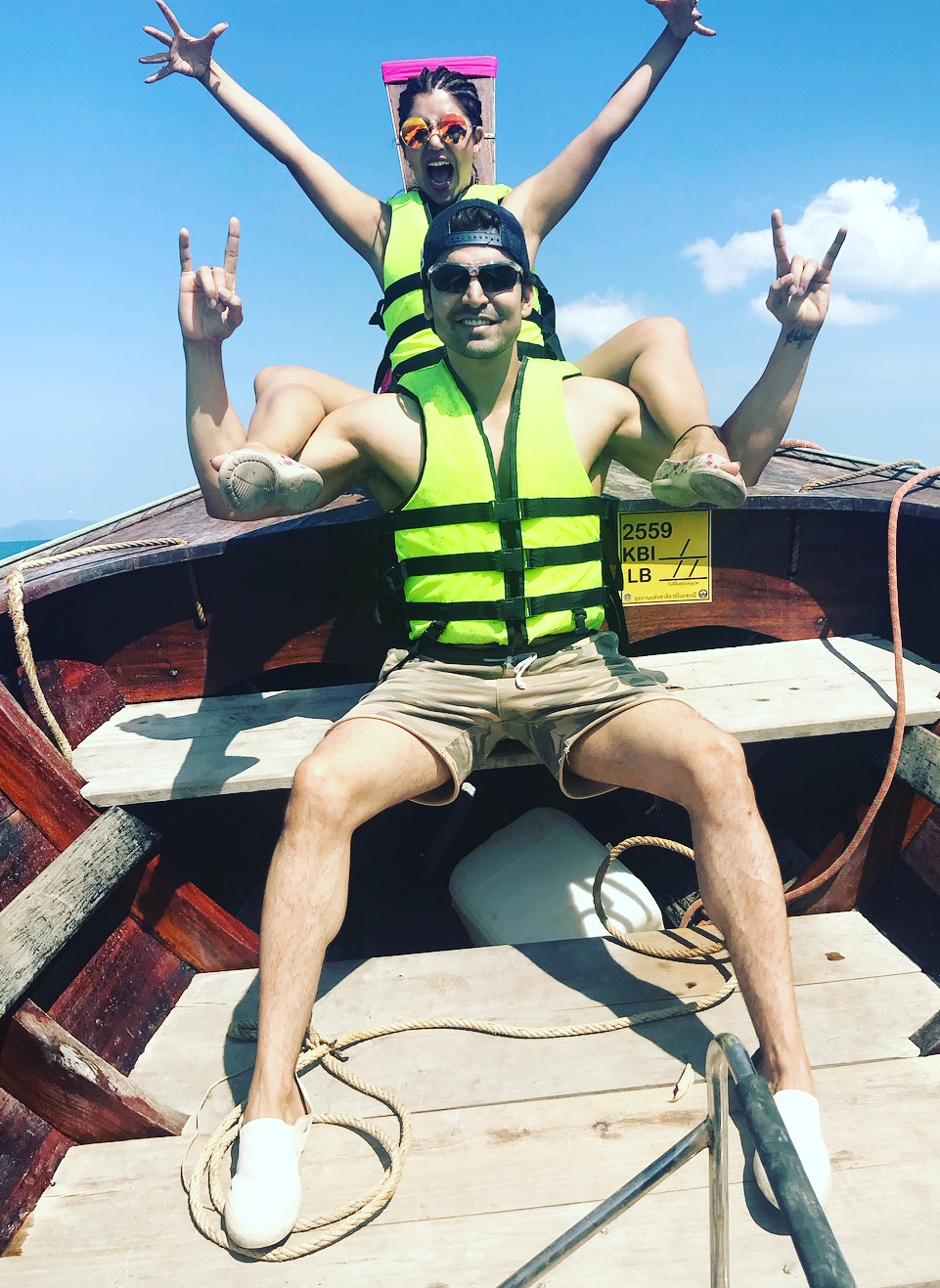 Gurmeet and Debina are one of the most ‘in-love’ jodi  of the telly world. They began their journey as friends but ultimately decided that they can’t do without each other. In all these 7 years of taking an oath to forever be in love, everyday seems like a Valentines’ Day for them!

Debina, we wish you a very happy birthday and a lifetime of togetherness with Gurmeet.