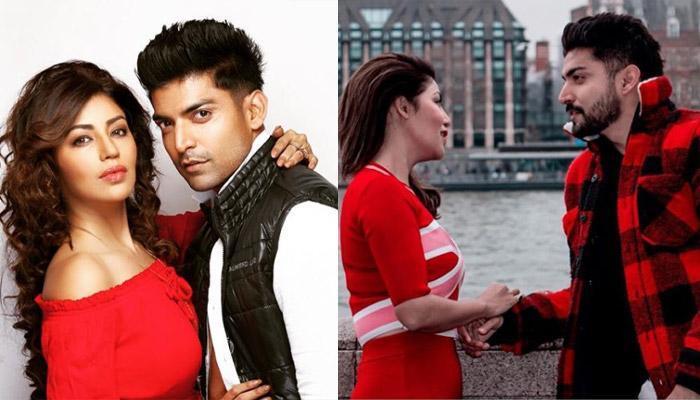 Out telly world is full of cute couples, be it on-screen or off-screen. And, talking of cute couples, how can we forget Gurmeet Choudhary and his gorgeous wife, Debina Bonnerjee! They have a beautiful love story, which touches our hearts whenever we read it!

Gurmeet and Debina first met during a talent hunt competition for which both of them were auditioning. Later, when Debina shifted to Mumbai, Gurmeet helped her settle down. The preety Bengali babe recalls their friendship phase and how it all started:

"He (Gurmeet) was my roommate's boyfriend's friend, and he always used to come along with his friend to our place. While they both chatted, me and Gurmeet used to spend some time together and this went on for days. After a couple of months, my roommate's boyfriend shifted to some other place, and thus he too stopped coming. It was then that we started missing each other and felt that we shared a bond."

Later in their careers, the couple went on to star in Ramayan which aired on NDTV Imagine. They played the roles of Lord Ram and his wife Sita. This is when they garnered a huge fan following. All their fans, wanted them to get together in real life too. And finally, their prayers were answered when they got married in 2011.

Debina says that Gurmeet is a very shy person, and she had to literally coax him to confess his feeling to her. She says:

"He is a very shy person. One day he called me, and we talked for more than two or three hours. At the end, I had to tell him that I know you want to say 'I love you'."

Well, now we know that Gurmeet had difficulty proposing to Debina in the initial phases of their relationship. But, the shyness and hesitation are things of past now that they are married since 5 years. How do we know that, you ask?

Also Check Out: Sonal Vengurlekar Talks About Her Breakup With Sumit Bhardwaj, Says She Slipped Into Depression

Well, the once shy Gurmeet, posted a very cute video of him proposing to Debina in a parking lot on his Instagram profile. And, that is not even the best part. The gabru jawan is confessing his love to his dearest wife in Bengali, Debina’s mother tongue.

But, isn’t this what love really means? It is about two people, who might be very different from each other, but are ready to accept their partners with all the differences and similarities. They are even ready to learn new things, all for the sake of the bond they share.

And, we see that Gurmeet knows this well, and he has put this into practice too. It is always good to see you guys so happy together, Debina and Gurmeet. We hope that your bond keeps growing stronger and prettier with each passing day!