Ramayan fame couple, Gurmeet Chaudhary and Debina Bonnerjee are one of the 'IT' couples from the small screen. Gurmeet threw a grand birthday party for his wifey, Debina. Checkout!

One of the famous and dashing television-turned-Bollywood actors, Gurmeet Choudhary walked down the aisle with his co-star from Ramayan, Debina Bonnerjee, on February 15, 2011. The love sparks flew between the two when they had first met on a talent show, wherein both of them were the participants. And the credit for their relationship goes to their common friends, who played the Cupid between the two. And ever since, the two have been giving major relationship cues. (You May Also Like: Milind Soman And Ankita Konwar Complete One Year Of Togetherness, Post Heartfelt Anniversary Wishes)

On Friday, April 19, 2019, it was Debina Bonnerjee’s 36th birthday, and the doting hubby left no stone unturned to make it the most special one for her. First, he had taken to his official Instagram handle and shared a lovely Boomerang video. Along with it, he had written, “You are my partner in crime, my heart-beat, my medicine to every damage, my Bestfriend, my favourite dancing partner and I could dance forever with you! I love you today, tomorrow and forever Thanks for being my lady love I’m blessed to call you as MINE forever! Love you Debi Oh and yes #HappyBirthday @debinabon.”

Not just this, he had also thrown a grand and lavish birthday party for his ladylove. Many celebs from the television industry were present at the birthday bash namely, Arjun Bijlani, Daljiet Kaur, Vikas Gupta, Chetna Pandey and many others. The birthday girl was looking stunning in a peach off-shoulder peplum top teamed with a pair of black culottes. Here are the pictures and videos from the fun-filled birthday bash: 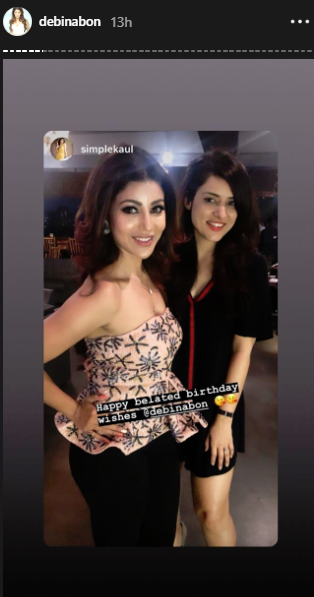 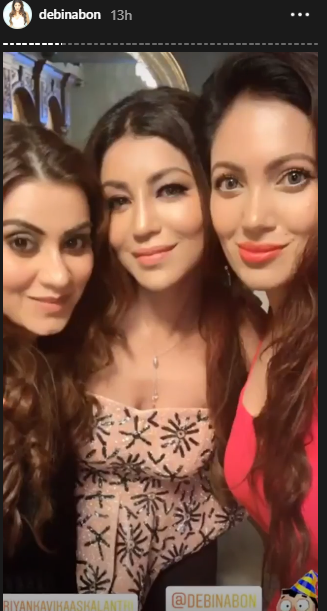 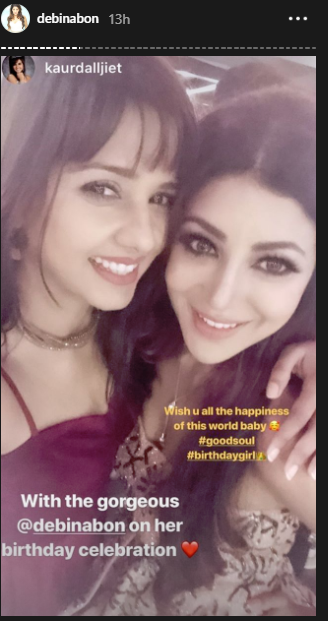 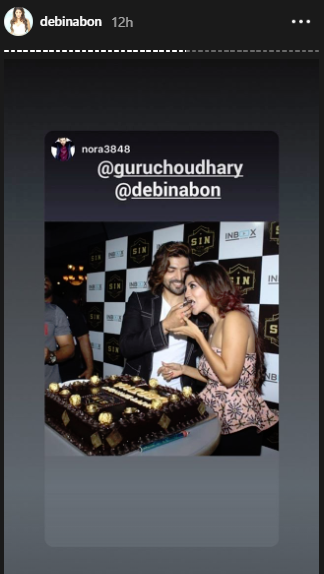 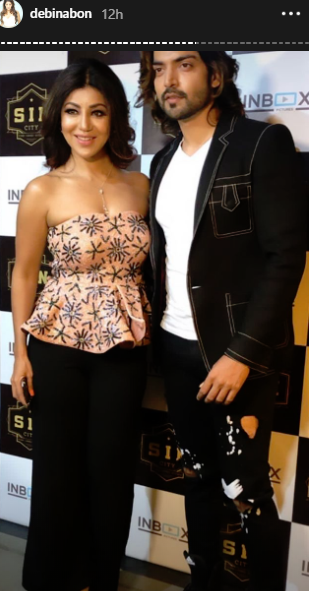 On February 22, 2019, it was Gurmeet’s birthday and his darling wifey, Debina had taken to her official Instagram handle to wish her Prince Charming. She had written, “Happy birthday my world and my entire universe. God bless you with whatever you wish for. You are the king and always meant to be. Conquer the world with your humility. @guruchoudhary.” (Also Read: Ranbir And Alia's Plans For Live-In Gets Delayed, 'Sanju' Actor To Move In With Dad, Rishi Kapoor) 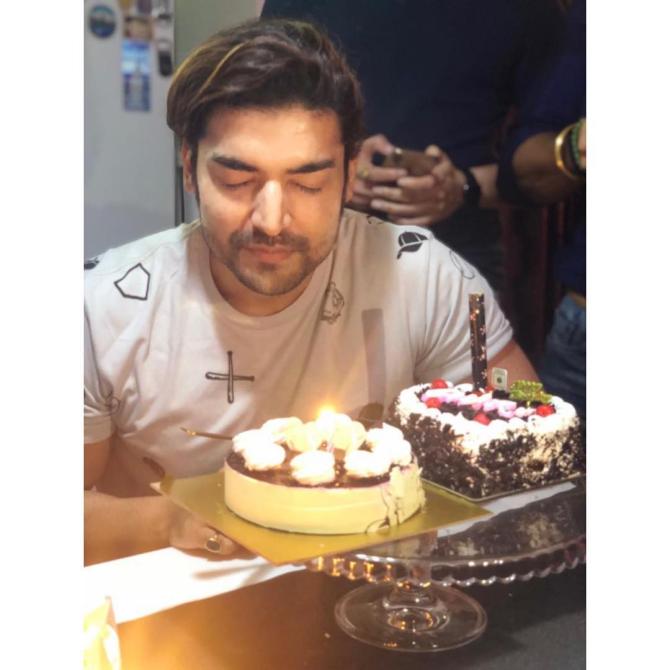 On February 15, they rung in their 8th marriage anniversary in Istanbul, Turkey. Gurmeet had shared the following couple picture on the occasion and had written, "Happy Anniversary to us...The day we signed ourselves for each other, and promised to be in Good and bad And Debi @debinabon While I Look into your eyes I must tell you I derive a lot of strength and also it takes me down to the memory lane and all the cherished memories we share and have made along the years ....#happyanniversary #mylove #memories." Debina, on the other hand, too had shared a picture from their vacation and wished her hubby with these words, "Happy anniversary to you @guruchoudhary Thanks for being who you are and for everything you do. For being the bestest husband. #istanbul #happyanniversary #us." (Checkout: Deepika Singh Goyal Is Back On The Small Screen In A Fitter Avatar, Starts Shooting For 'Kavach 2') 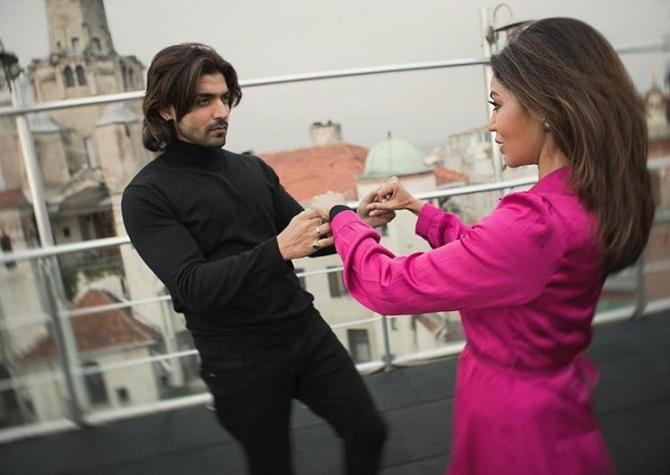 Revealing how love blossomed between the two, Debina had once shared, "He (Gurmeet) was my roommate's boyfriend's friend, and he always used to come along with his friend to our place. While they both chatted, I and Gurmeet used to spend some time together and this went on for days. After a couple of months, my roommate's boyfriend shifted to some other place, and thus he too stopped coming. It was then that we started missing each other and felt that we shared a bond." On the other hand, Gurmeet had once revealed the truth behind their marriage and had quipped, "A lot of people think that I and Debina met while filming for Ramayan, and then we got married in 2011. Very few know that when we were nothing, we weren’t actors, we were only looking for work – we were just 19 and 20 years old, we eloped and got married, in 2006. We did not tell our parents. Our friends helped us to get married at a temple in Goregaon." (Do Read: Sharad Malhotra Got Sad On Wife, Ripci Bhatia's Vidaai Ceremony As She Cried, Videos Inside) Just like any other much-in-love celeb couple, Debina and Gurmeet too became the pry of divorce rumours. Kicking them away, Gurmeet had told the media, “First of all, Debina and I were in Sri Lanka for an event and not a vacation. Secondly, we did not fight over my hot scenes in my film. Why would we? She was very much aware of the content. Yes, I told her about my scenes with Sana (Khan). Being an actor herself she knows that’s not me making love on camera. She not only gave her consent but also encouraged me to give those smouldering scenes all the spark that I could give. It’s not as if Debina didn’t know I was doing this film. She loved the script of Wajah Tum Ho as much as I did.” 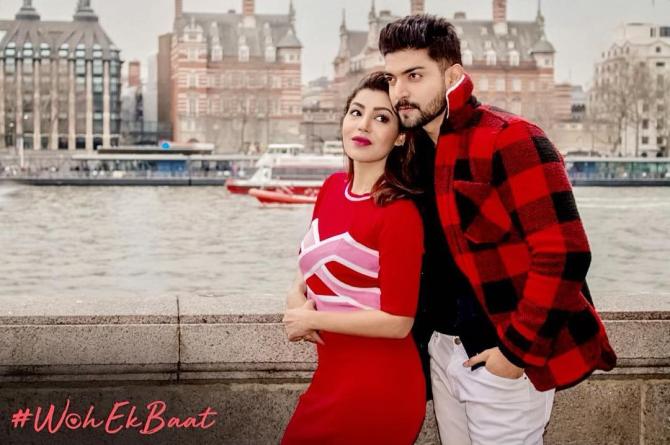