'Kasam Tere Pyaar Ki' actor, Sharad Malhotra is a happily married man now! On April 20, 2019, he had tied the knot with Ripci Bhatia. Here are a few unseen videos from Ripci's vidaai ceremony!

One of the handsome dudes from the Indian television industry, Sharad Malhotra is now legally taken. For the ones who have been living under the rock all this while, Sharad walked down the aisle with a budding Delhi-based fashion designer, Ripci Bhatia, on April 20, 2019. Sharad and Ripci had two weddings, a Sikh wedding in Gurudwara in the morning on the aforementioned date, followed by a Hindu wedding in the evening. (You May Also Check: Sharad Malhotra Says His Marriage Phobia Is Over, 2 Days After Getting Married To Ripci Bhatia)

It is to be noted here that Sharad had found Ripci through his family and it is an arranged marriage setup. Ever since Sharad announced his wedding with Ripci, all his fans have been rejoicing like how! Right from the pre-wedding celebrations such as mehendi and sangeet to both of the weddings, Sharad’s fan pages are overflowing with unseen videos and pictures from his wedding.

First Look Of Sharad Malhotra And Ripci Bhatia From Their Mehendi, She Dazzles In Floral Jewellery 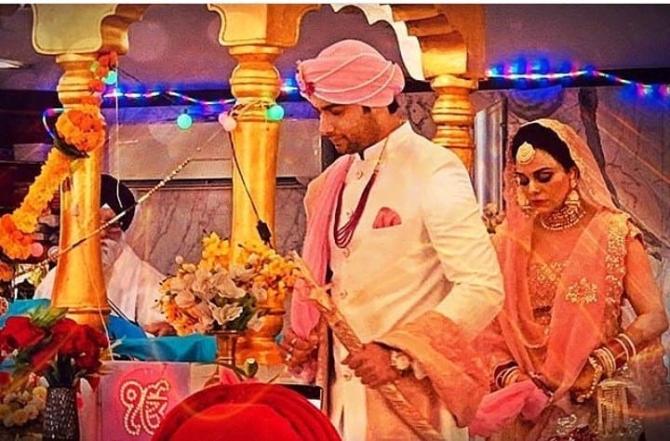 And now, we have gotten hold of a few unseen videos from Ripci’s vidaai ceremony. Following are three videos from the vidaai ceremony that have gone viral on social media (don’t forget to swipe right). In the first video, we can see the bride throwing rice as a part of the vidaai ritual, while the brothers of the bride stay behind her and collect them. In this video, we can see them making fun of her as she threw the rice strongly on them. In the second video, we can see her all emotional as she hugs and bids farewell to her family members. Along with her even Sharad can be spotted all emotional. Here are the videos, checkout:

Revealing the details regarding his wedding agenda, Sharad had earlier told Pinkvilla, “We have planned to have a mehndi, sangeet, and a morning wedding. Most of the functions are in Mumbai and one function is in my hometown Kolkata." Further, he had also shared the details about their wedding trousseau and had remarked, "Somewhere, I think we are coordinating with each other. I have practically got married on screen for 6-7 times. So, I think may even be knowing the few mantras too." Revealing about his then wife-to-be, Ripci, Sharad was quoted as saying, “Ripci is very childlike and I adore that quality. She just puts across everything in a beautiful manner. I love women who work and are independent but at the same time, both counterparts are managing the house well.” He had also shared that his marriage is not sinking in his mind and had shared, "I feel that the good things in life happen suddenly. There is a lot of excitement, nervousness and happiness as the wedding date comes closer. There is a lot happening workwise and added to all that are the wedding preparations. So, it hasn’t sunk in yet that I am getting married (laughs). Everyone has been waiting for my marriage, including me." (Also Read: Nakuul Mehta And His Wifey Jankee Parekh Are Having The Best Time In Italy, Pictures Inside) 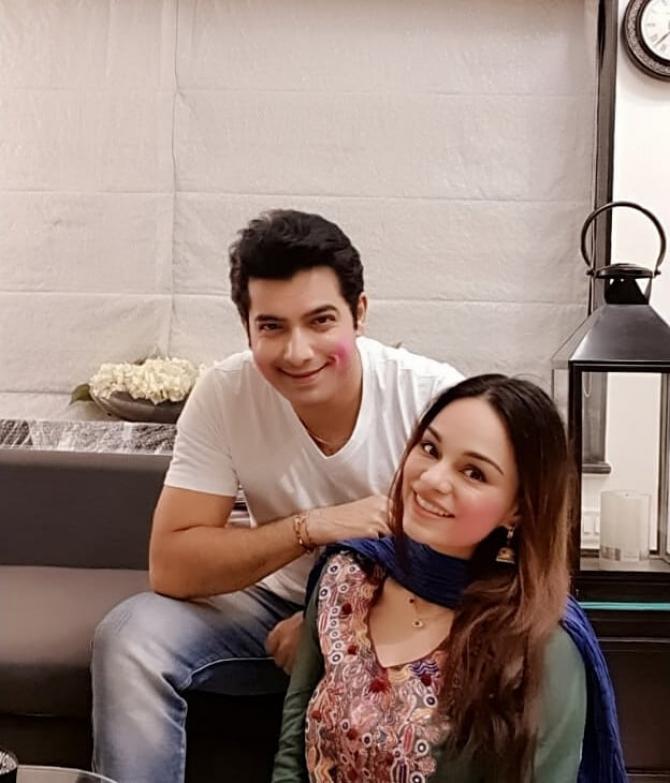 Further, the Kasam Tere Pyaar Ki actor had also shared if he had pre-wedding jitters, "I’ve been married many times on screen, so I am waiting to see how I feel in real life when I put sindoor in Ripci’s maang. I know most of the ceremonies by heart — haldi, mehendi, pheras, etc. But I am waiting to experience the moment when it actually happens. I wonder what I will feel during the saat pheras, or when she wears the mangalsutra."

He had also stated, "I have always been marriage-phobic and the world knows about it. I love commitment but the idea of marriage gave me cold feet. And now that I am getting married, everyone is shocked...I have seen a couple of bad marriages but most of the bad thoughts are in your head. I am going forward in this marriage with a positive vibe." (Checkout: Ekta Kapoor's Son Ravie Kapoor Attends First Birthday Party With Tusshar And Lakshya, Picture Inside) 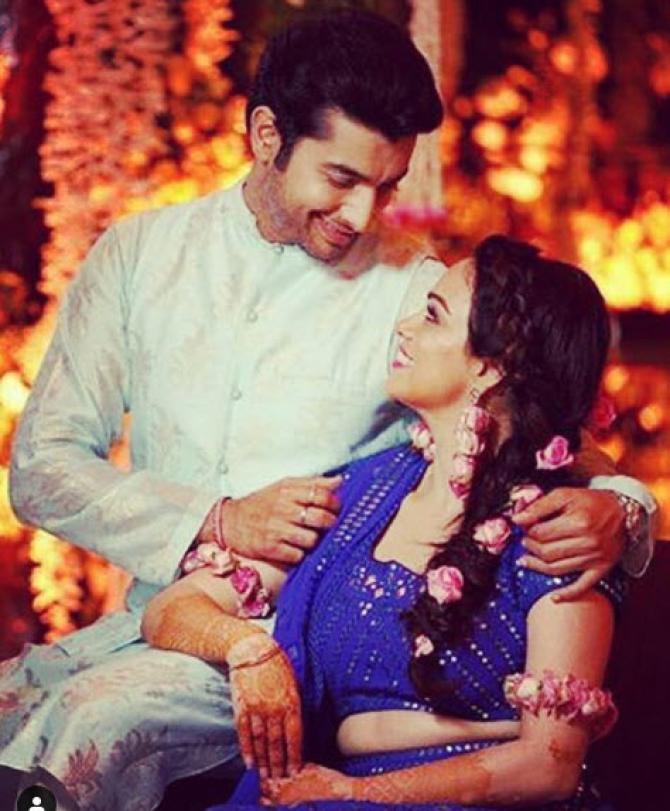 For the ones who don’t know, Sharad had been in a longtime relationship with his Banoo Main Teri Dulhan co-star, Divyanka Tripathi Dahiya. After the breakup, Sharad had revealed the reason of not marrying Divyanka and had admitted to Bombay Times, "There’s not much I can say except that it was a beautiful relationship. But when the word ‘marriage’ popped up, I developed cold feet." He had further added, "It was a long time ago and I was quite immature. One gradually matures with time and experience. Yes, I have made mistakes. As human beings, we all make mistakes. I realise that now but unfortunately, it’s five years down the line. I should have realised it then, but no hard feelings. We have both moved on. She looks very happy and I wish her the very best." 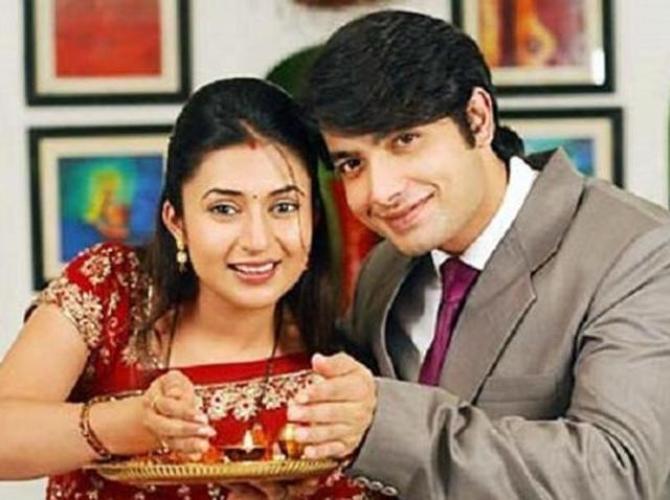 In the same interview, Sharad had shared his qualms of being commitment phobic. He was quoted as saying, “If I have been with someone for two years or seven years, clearly I am not commitment-phobic. I am with the person; I love the person and it’s all hunky-dory. In all my relationships, I have had some great moments, it’s been fantastic. We have also fought like cats and dogs, but the kind of family I come from, I know where to draw the line. In a relationship, you have your good times and then you experience the bump and you don’t know how to react. The topic of marriage comes up and you start stepping back and your partner wonders why. I don’t blame them; they are right in feeling that way. Like I have said in the past, the fault is probably mine. I always fall short of taking that final step and that’s something I need to rectify. I have to really work on that.” (Do Read: Nick Jonas Celebrates Easter With His 'Mine', Priyanka Chopra Jonas, Pictures Inside) 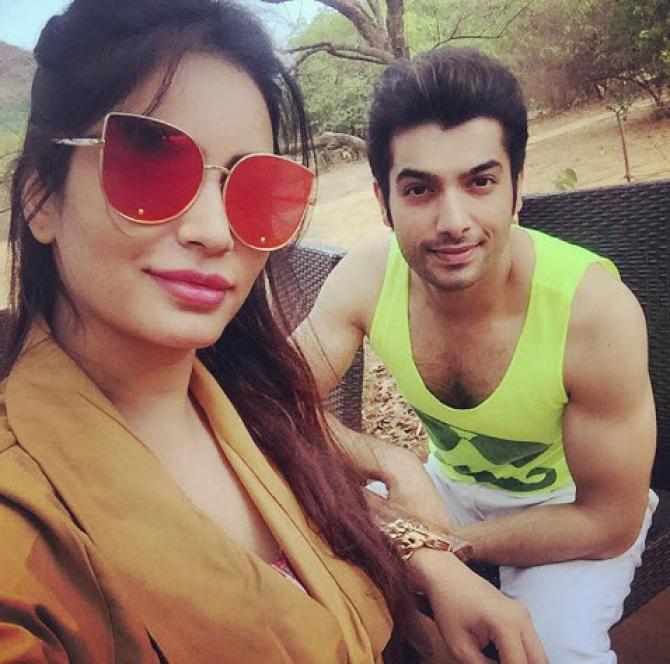 After parting ways with Divyanka, he had then dated ex-Splitsvilla contestant, Pooja Bisht. But things couldn't gel well between the two and they broke up. After the separation, Pooja had remarked, "Look, what signals are you sending out to the outside world when you end your relationship a few days before marriage, by saying that you are marriage-phobic? People consider actors as role models. Isn't he sending out a loud message that you should only date and not marry? Is he not sending out a message that the institution of marriage is nothing to be proud of? What he needs to understand is that he needs to come out from his bubble that everyone thinks like him."

Nonetheless, now Sharad Malhotra is a happily married man and we wish him and his wifey, Ripci a very happy married life!