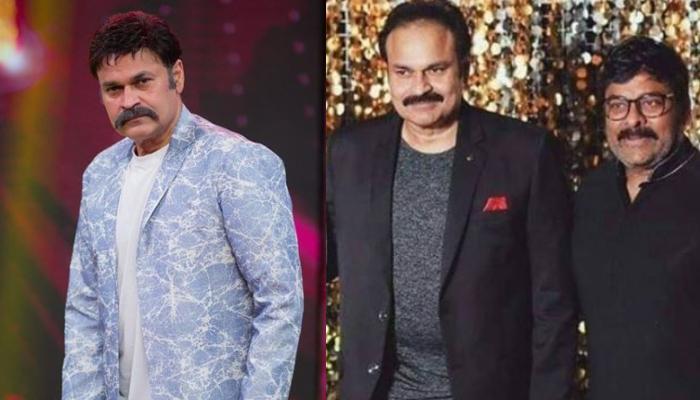 The ongoing COVID-19 outbreak is nothing less than the worst nightmare of our lives. No one had ever imagined that there will be a time when half of the world will standstill due to a deadly virus. Since the end of lockdown and the start of unlocking, the number of COVID-19 patients keeps on rising quite rapidly. But the rising wave of COVID-19 in different parts of the country has become a new challenge for the Indian government, as they can't implement lockdown again because of the damaged economy. (Recommended Read: Mukti Mohan Shares A Stunning Picture With Shakti Mohan And It Speaks Volumes About Their Bond)

In recent months, we have seen a lot of celebrities getting infected by COVID-19, while most of them had recovered well with time, some have lost their lives to this virus. One such celebrity, who had confirmed that he had been tested positive for Coronavirus is legendary South Indian actor, Chiranjeevi Koneidela's brother, Naga Babu. But now he has recovered from it and is celebrating his 59th birthday today. 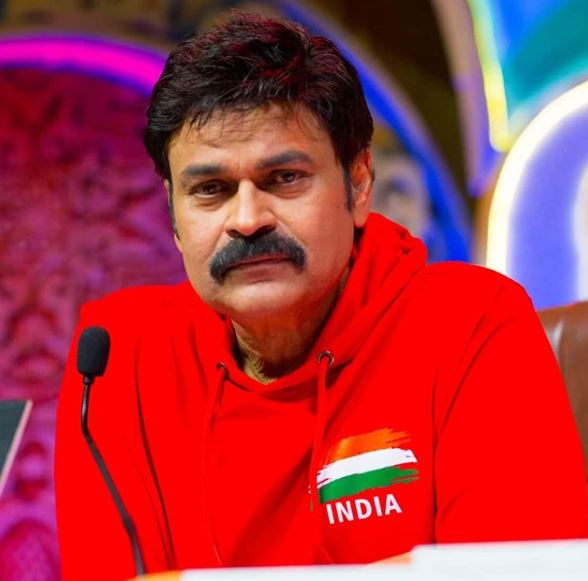 On October 29, 2020, legendary actor, Chiranjeevi Konidela took to his Twitter handle and shared a beautiful picture with his brother, Naga Babu and Pawan Kalyan. The actor shared this picture on Naga Babu's 59th birthday and called him a 'loyal brother' in his tweet that can be read as "Happy Birthday to my passionately loyal, emotional, kind-hearted and fun-loving brother." However, the sweetest birthday wish for the birthday boy comes from his own son, Varun Tej, who shared an adorable picture of him giving a peck of love to his father. Along with the picture, he tweeted, "Happy birthday Nana! Thanks for this beautiful life you've given me.. And for always being my best friend!! Love you!". Take a look: 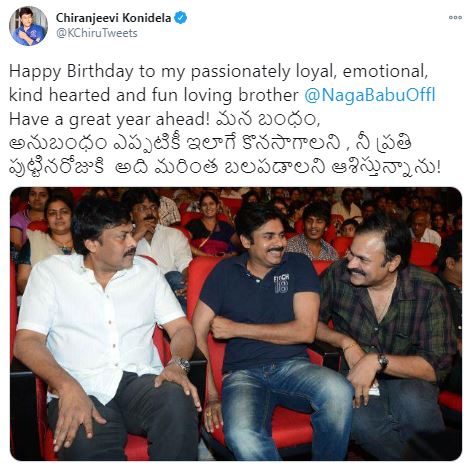 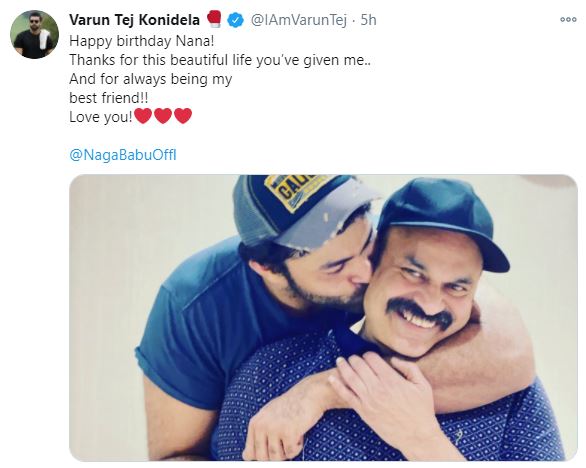 Naga Babu shares a warm bond with his brothers and legendary actors, Chiranjeevi and Pawan Kalyan. However, not a lot of people are aware of the fact that Naga Babu is more closer to his brother, Pawan Kalyan instead of Chiranjeevi. Well, the reason is quite controversial as according to various reports, when Naga Babu was facing one of the biggest financial crisis of his time, it was his brother, Pawan, who had helped him instead of Chiranjeevi. However, in the process, Pawan Kalyan had sacrificed his second marriage with actress, Renu Desai. (Don't Miss: KGF Star Yash Is Planning A Grand Celebration For His Son, Yatharv's First Birthday [Details Inside]) According to most of the media outlets at that time, it was reported that Pawan was helping his elder brother, Naga Babu from all corners and that hadn't gone well with his wife as she was concerned that her husband would give all his money to his brother. The fights had taken a whole new level in 2011, it was revealed that Renu had shifted to her parents' home in Pune with her kids. Despite, Pawan's constant visit to see his kids, the cracks were too deep to be filled back then. Finally, in 2012, the couple was granted divorce by the court. However, nothing has been said by Pawan Kalyan about all these reports in all these years. (Also Read: 'Patiala Babes' Fame, Aniruddh Dave And His Wife, Shubhi Ahuja All Set To Welcome Their First Baby)