KGF star, Yash's son, little Yatharva will turn one-year-old tomorrow, on October 30, 2020, and the doting father has big plans for his birthday party. Scroll down to know it all! 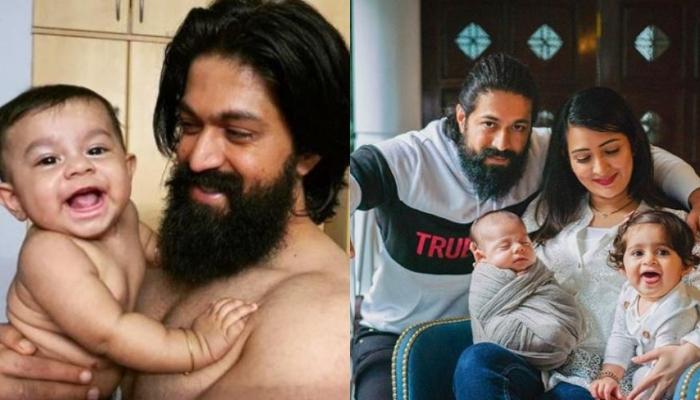 Not many of you might be knowing the real name of KGF star, Yash. Do you? Being one of the most popular actors PAN India, fans always see him as a larger than life character, and at times, it is difficult for them to imagine their 'hero' is a normal family man like all of us! Naveen Kumar Gowda a.k.a Yash is the father of two adorable little munchkins, Yatharv and Ayra. The little goofball, Yatharv will turn one-year-old tomorrow, on October 30, 2020, and the doting father has big plans for his birthday party. (Recommended Read: Kangana Ranaut Dances On 'Gulabi Aankhen' With Sister, Rangoli At A Party In Her Manali Home [Video])

On the occasion of his little boy's namkaran ceremony, Yash had posted a picture from the same and had expressed his happiness that his fans had liked the name, Yatharv for his son. He had also explained the meaning of his son's name that it means 'Complete'. The doting parents had coined this name as a combination of their names YR and Ayra! As the little goofball, Yatharv will turn one tomorrow, the occasion calls for a grand party. According to Pinkvilla, a source close to Yash shared how the actor is planning to celebrate his son's first birthday. The source was quoted as saying, "Yash has personally been planning Yatharv's birthday for some time now. He wanted to celebrate it in the grandest of ways possible but also keeping in mind the limitations due to the restrictions of social distancing. It will be a get together at his house with close ones in presence. From decor to dishes, gifts and clothes, everything has been looked after by Yash himself." 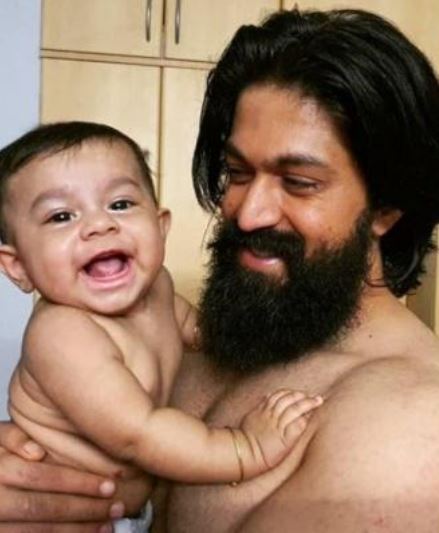 The source further revealed, "Yash comes from a humble background but has grown immensely all because of his hard work and dedication towards his craft. He has earned this lavish life and wants to give the best of everything to his family, which he couldn't have in his former years." 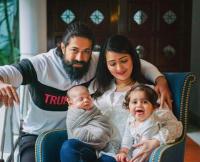 On September 30, 2020, Yash and Radhika's baby boy, Yatharv had turned 11-months old. The doting mommy, Radhika had shared an adorable picture of her munchkin on her IG handle. Yatharv had looked like a cotton ball in a traditional orange silk shirt and white dhoti. Along with the picture, Radhika had written, "My baby, my Prince, my YATHARV. He turns 11months today!!" (Also Read: Rhea Chakraborty's FIR Against Sushant Singh Rajput's Sisters, Priyanka And Meenu Rubbished By CBI) 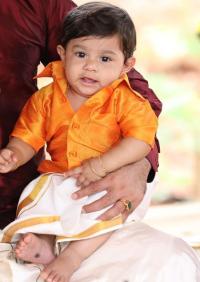 We had seen the first-ever picture of little Yatharv on April 30, 2020. The doting mommy, Radhika Pandit had posted the first picture of the cotton ball on her Instagram handle. Along with the picture, Radhika had written, "Presenting the apple of my eye, the rainbow of our family… and sure to be Mama's boy our lil Junior. Do give him all your love and blessings!!" Sharing the same picture, the doting dad, Yash had written, "Say hello to my little buddy for life. Do give him all your love and blessings." 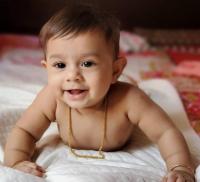 Some time ago, Yash had shared a cute video of his son, the little munchkin, Yatharv, who was seen attempting to dance in his toy jeep. Baby Yatharv had looked cute as a button in a blue-striped shirt and little cargo shorts. He could be seen standing in his toy jeep trying to dance on the beats of the music. Yash had also put a quirky caption alongside the video which could be read as "Can barely stand, but once the music is on our little man turns into a party animal! PS: Do ignore the over-enthusiastic dad in the background." (Don't Miss: Ananya Panday Can't Hide Her Happiness As Mommy, Bhavana Pandey Shares Her Childhood Pictures)