Taimur Ali Khan shares some striking features with the Kapoor clan. A throwback picture of Rishi Kapoor reminded us of Kareena and Saif’s little munchkin, Taimur. Take a look. 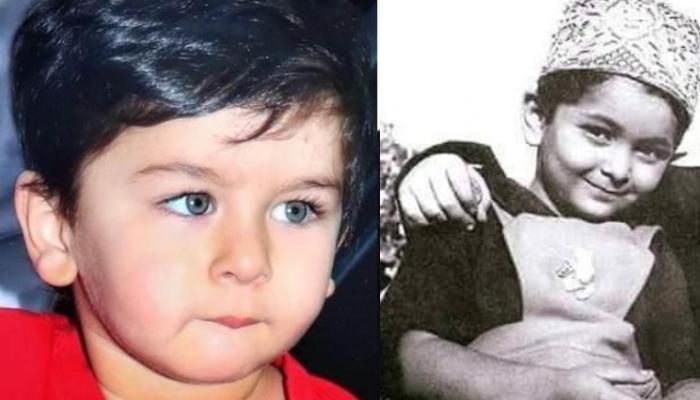 When a child is born, the entire family starts comparing his/her features to a certain family member or his/her uncanny resemblance to the doting parents. One glance at the child makes our heart swell with pride and the little one fills the house with their giggles and laughter. And in the case of star kids, the comparison knows no limits. Their looks are compared with their parents, relatives, and even grandparents. One such celebrity kid is Taimur Ali Khan, who is blessed with the mixed genes of the Kapoor and Pataudi clans. (Also Read: Mahima Chaudhary Talks About Taking A Break From Acting After Marriage And Co-Parenting Her Daughter)

Saif Ali Khan and Kareena Kapoor Khan had welcomed their little cotton ball, Taimur Ali Khan on December 20, 2016. From the day, Taimur was born, he had stormed the internet and had become a social media sensation overnight. Taimur, who is the favourite of paparazzi has always managed to make his fans go awww with his cuteness! From waving ‘hi’ to responding to the paps, we love everything about this cutie patootie. The little munchkin’s looks are often compared to the family members of the Kapoor and Pataudi khandaan and a recent one is proof enough. 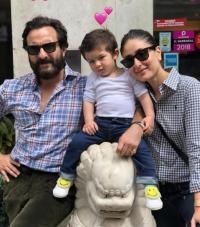 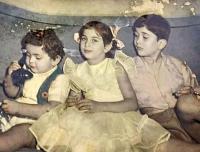 Many a times, the star kid, Taimur Ali Khan has been compared for his striking looks with members of the Kapoor clan. On May 07, 2020, a popular fan page of Bollywood actress, Kareena Kapoor Khan had taken to their Instagram handle and had posted a collage consisting of two pictures. On the left side of the collage, there was a picture of Babita Shivdasani holding little Kareena on her lap. And on the right side of the collage, Kareena Kapoor Khan struck an exact similar pose holding little Taimur on her lap. The striking resemblance of the two pictures had stormed the internet. (Also Read: Avantika Malik Shares A Teary-Eyed Note For Daughter, Imara On Her 6th Birthday With A Cute Collage) 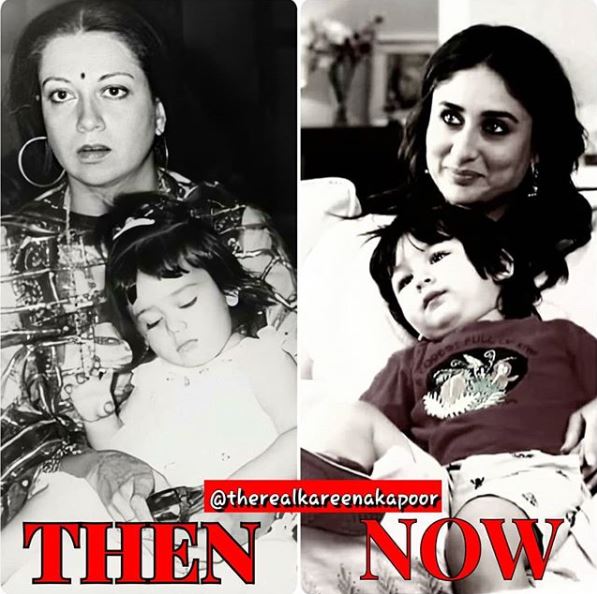 In a media interaction, Taimur’s grandfather, Randhir Kapoor talked about his striking features to the Kapoor clan. When asked whether he feels the tiny tot is the carbon copy of Randhir ji, the elated nanu had stated, “Ah! That’s [a] godsend, what can I say about it? Whether it’s his blue eyes or his looks, he definitely has the Kapoor genes.”

The sudden demise of Rishi Kapoor on April 30, 2020, had shocked the entire nation and the Kapoor clan is still mourning the loss of their most important family member. Like every kid in the family, Kareena too shared a very strong bond with her Chintu chacha. After some hours of his death, she had taken to her Instagram handle and shared a throwback picture of Rishi Kapoor and Randhir Kapoor from their childhood days. In the picture, Randhir Kapoor had wrapped his arms around his brother, Rishi Kapoor and the two brothers looked adorable together. Along with the picture, she had written, “The best boys I know... Papa and Chintu uncle” followed by heart emoticons. Coming back to Taimur Ali Khan and speaking about stars obsessing over him, mamu Ranbir Kapoor too, is ‘obsessed’ over this little prince. The Sanju star had revealed the same in a media interaction and had stated, “To be honest, I stalk his pictures because I am also obsessed. Because when you see him it just warms your heart. And when he has his haircut or how he walks. I am a Taimur fan.” He had further added, “I have had the opportunity and the good fortune to hold him and it felt quite surreal. It felt like holding royalty.” (Also Read: Yami Gautam Posts A Lovely Birthday Wish For Her Mother, With A Beautiful Throwback Picture) 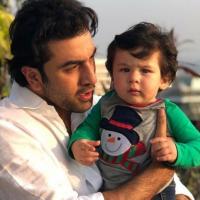 Well, we are awestruck with the uncanny resemblance of Rishi ji and Taimur. What do you think? Let us know.