Mahima Chaudhary left the world of glamour after her marriage. In a recent chat, she talked about taking a break post marriage and co-parenting daughter with ex-husband. 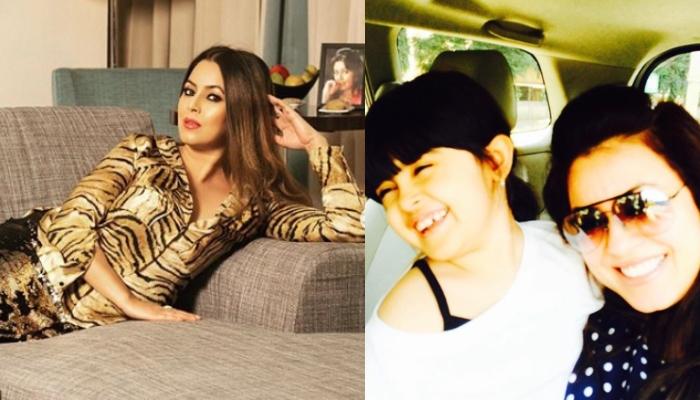 In the world of glamour, everything that glitters is not gold. For an actress, the industry is filled with loads of ups and downs. Apart from giving her best shot, she needs to bear the casting couch, critics, and never-ending trolls that are either body-shaming her or her choices of clothes. But even after all these, she struggles her way out and makes a name for herself. But being a celebrity, the decision of settling down and planning a family is always a difficult choice as in the majority of cases, when an actress gets married, the offers of roles become limited. And an example of the same is actress, Mahima Chaudhary. (Also Read: Ankita Lokhande Flaunting A Ring, Sparks Off Rumours Of Her Engagement With Boyfriend, Vicky Jain)

In the 90s, when Raveena Tandon, Karisma Kapoor, Madhuri Dixit were shining at the box office, actress Mahima Chaudhary had won many hearts with her role as a shy patriot girl in the film, Pardes. Her on-screen presence, dialogue delivery, and effortless acting had won many applauses from critics and fans. But after some of her films had doomed at the box-office, her professional, as well as personal life, had taken a toll on her and the lovely actress had taken a break from acting after 2010. 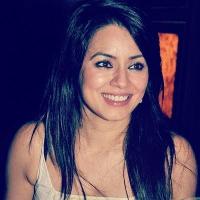 In an interview with Pinkvilla, Mahima Chaudhary talked about taking a break from acting and how back then married actresses were not offered good roles. Talking about the same, she stated, “Back then, it was very clear that if an actor is married, there is no part for them. There are so many people who braved them before us like Sharmila Tagore ji, Rekha ji, Shabana Azmi Ji, they continued with their work. But generally, the attitude was that oh, she is getting married." 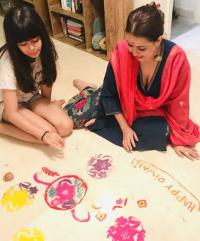 She also talked about doing some shows and events but had never gotten any films post her marriage and said, “Be it me, or Karisma, mostly it was like that. I didn't really have any hope but I was keen to start a family, so I was happy. I did do shows and Television in between and do events, films never came, a few parts came here and there which I declined.” (Also Read: Mahhi Vij Asks Hubby, Jay The Spelling Of 'Happiness', His Answer Is Every Man's State Of Heart) 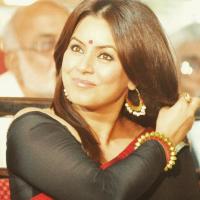 After breaking up with Tennis star, Leander Paes, Mahima Chaudhary had gotten married to a Kolkata-based architect, Bobby Mukherjee on March 19, 2006. Bobby was a divorcee and was considering giving marriage a second shot when he had met Mahima. The two had gotten married in a hush-hush wedding which was kept under the wraps. In 2007, Mahima had embraced motherhood and had given birth to a baby girl and had named her Aryana.

In 2013, Mahima and Bobby separated due to reasons best known to them. In the same interview with Pinkvilla, the actress, who is co-parenting her daughter with ex-husband, Bobby talked about single parenting and the difficulties she has faced. She revealed, “It was largely difficult for me because I depend a lot. Obviously, I came back and started living with my parents and you depend a lot on your parents. That was the time when my mother was diagnosed with an illness and that was a time when she needed help and she could not be of that great help for raising my child. So, when I left for work, it was like leaving a toddler, and leaving my mother who needed assistance as well, so I had to completely depend on my staff. My dad had to live Darjeeling. Then I had a sister who had a child too and she was single. So, it almost became like we both were raising children together.” (Also Read: Chiranjeevi Sarja's Pregnant Wife, Meghana Raj Hugs Hubby For The Last Time In This Painful Video) 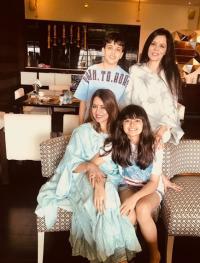 Well, we hope to see Mahima on the big screen soon!