In a candid conversation, Chhavi Mittal opened up about facing huge trolling for having healthy breasts and how people doubted whether she actually had breast cancer!

Popular actress, Chhavi Mittal had gone through one of the deadliest diseases, i.e., breast cancer surgery, in the recent past. But the mother of two has remained positive throughout her journey and always shown her bravest side. For the unversed, Chhavi Mittal is married to the love of her life, Mohit Hussein and they are blessed with two kids, a daughter, Areeza Hussain and a son, Arham Hussein. Talking about her breast cancer surgery, she also constantly updated her fans with minute details of the difficult phase. However, even at this stage of her life, she was trolled for having healthy breasts, showing her scars and many more. And every time, without paying any attention to them, she came out stronger.

Chhavi Mittal on how people doubted if she had breast cancer

In a candid conversation with RJ Siddharth Kanan, Chhavi Mittal opened up about people's harsh comments on her during the most difficult phase of her life- breast cancer surgery. She was asked to throw light on why she had once mentioned that her breasts her like a commodity and what her reaction was after facing huge trolling at this stage of her life. She revealed how one netizen had very harshly commented why her breasts weren't cut. So she also answered this properly by showing valid reasons that her case was somehow dissimilar from others. However, she also mentioned how people doubted her cancer because she didn't shed her hair or was seen smiling at her brightest. In her words:

Ayushmann Khurrana Recalls The Time When He Got To Know About His Wife, Tahira Kashyap's Cancer

Chhavi Mittal Schools A Doctor, Who Shamed Her For Being Skinny, Says My Hands Do A Lot For My Kids

Chhavi Mittal Gives Unique Gift To Her Son, Arham On His 2nd Birthday To Teach Him A Big Life Lesson 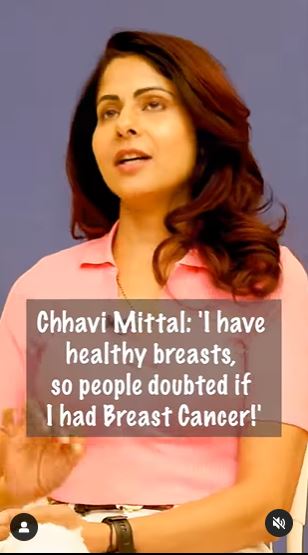 It was on January 2, 2023, when Chhavi Mittal had taken to her Instagram handle and shared screenshots of a series of comments that she received after sharing her bikini pictures from her Dubai vacation. In the comments, people were seen trolling the actress for flaunting her breast cancer scars. Moreover, they were also seen comparing her breasts with silicon breasts and passing some extremely insensitive comments about her painful fight. While most of the comments were heartbreaking, some fans of hers still defended the actress from such inhuman trollers and took a stand for Chhavi. Check out: 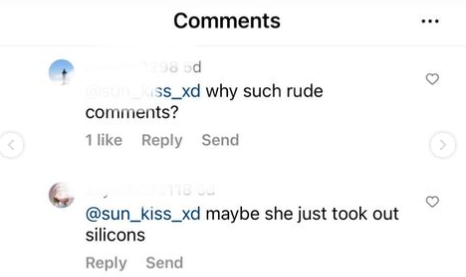 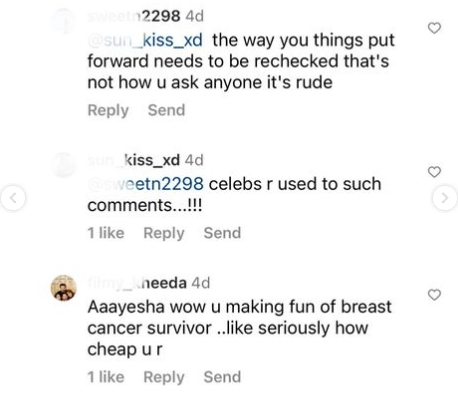 Along with the screengrabs of the comments, Chhavi had also penned a lengthy note in her caption. She was seen giving a befitting reply to trolls. Talking about how people are extremely insensitive towards celebrities, she mentioned that the netizens assume that the celebs are used to such hurtful comments. In the same note, Chhavi also explained that she had a lumpectomy, a surgery in which the doctors just remove the lump from the breast instead of the entire body part. Chhavi also mentioned that the process in which the entire breast is removed is called mastectomy, which happens only in severe cases of breast cancer. It was because of timely checkups that Chhavi managed to detect it before anything serious. However, it was still a painful phase for her, and she will never forget it for the rest of her life. An excerpt from Chhavi's note could be read as:

"This is a new life that I’m living and it’s not the same as the previous one. Its been 7 months and I still have emotional days where I cry about the discomfort that I am subjected to on a daily basis for no fault of mine." 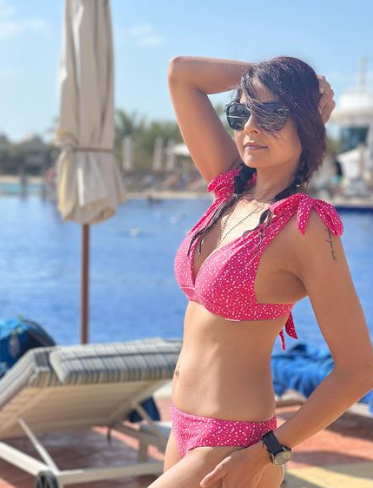 When Chhavi Mittal had flaunted her breast cancer surgery scars

On December 28, 2022, Chhavi had taken to her IG feed and shared two mesmerising pictures of herself flaunting her breast cancer surgery scars. In the pictures, she was seen wearing a white bikini paired with side-parted braids. However, it was the clearly visible scars on her back which showed the pain she had gone through while her surgery. Sharing the pictures, she had written:

"This is what I earned this year. A new life. A better one. A stronger one. #breastcancersurvivor." 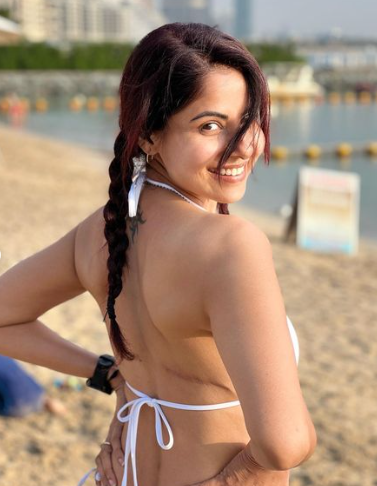 We are in love with Chhavi Mittal’s inspiring battle against breast cancer!

Ayushmann Khurrana Recalls The Time When He Got To Know About His Wife, Tahira Kashyap's Cancer

Chhavi Mittal Schools A Doctor, Who Shamed Her For Being Skinny, Says My Hands Do A Lot For My Kids