The newly-married couple, Rajeev Sen and Charu Asopa love to keep their fans updated about their life through their pictures. Recently, Charu shared a picture with mother-in-law, Subhra Sen.

The new ‘IT’ couple of the glamour world, Rajeev Sen and Charu Asopa are painting the world red with their love and through their social media PDA. The couple had met through a common friend and soon fell in love with each other. Charu and Rajeev had tied the knot on June 16, 2019, in a Hindu wedding. Prior to their Hindu wedding, the duo had a court marriage on June 9, 2019.

A few days back, the madly-in-love couple, Charu Asopa and Rajeev Sen were honeymooning in Zermatt, Switzerland. Their love for each other was quite evident from the pictures which the couple had shared on their respective social media handles. In one of the videos that Rajeev had shared on his Instagram handle from their honeymoon, Charu was seen doing his makeup. Rajeev had very candidly captioned it as “When wife does make up. PS I get it done not for the makeup, but that buffer brush feels so good on the face.” (Recommended Read: Real Life Couple Who Broke All Societal Stereotypes And Got Married As Per Three Different Cultures)

Today (September 17, 2019) Charu Asopa took to her Instagram handle and shared an adorable picture with her mother-in-law, Subhra Sen. She captioned the picture by simply writing ‘Maa’, followed by a heart emoji and gave the picture credits to world’s most amazing husband, Rajeev Sen. Rajeev too has shared the same picture and simply captioned it as “Heartbeats”, followed by a heart emoji. The saas-bahu jodi was seen twinning in white and looked gorgeous. 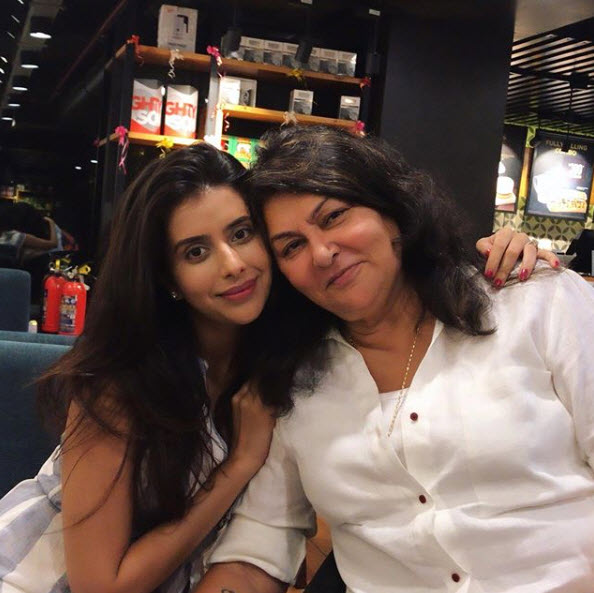 Charu Asopa shares a lovely camaraderie with her in-laws, be it her mother-in-law, Subhra Sen or sister-in-law, Sushmita Sen. On August 10, 2019, Charu had taken to her Instagram handle and wished her mother-in-law on her birthday with a heartfelt message. Charu had shared a picture with her mother-in-law from their pre-wedding festivities and had captioned it as "With your appearance in my life, I never again laugh at jokes about mother-in-law. God gave me one more mother. I wish your soul to sing, and eyes to shine with happiness and love. Love u mamma." On her wedding day, Charu Asopa had looked breathtakingly beautiful in a traditional red shaadi ka joda. Her wedding outfit had many sentiments attached to it. It was extra special for Charu because the same was gifted to her by her sister-in-law, Sushmita Sen. The Mere Angne Mein actress had taken to her Instagram handle and thanked Sushmita for making her the most beautiful bride. She had shared her picture from the wedding in the red coloured lehenga and captioned it as “Every girl has a dream to see herself as a Bride, thank you Didi for making this dream come true so beautifully..! @sushmitasen47 Love you so much." 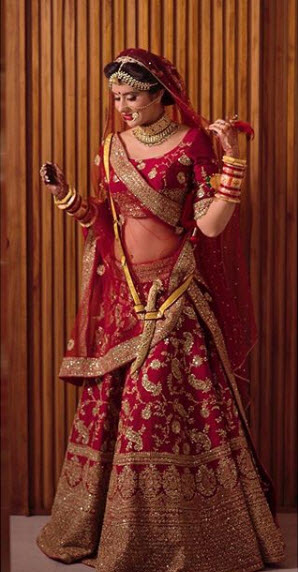 They say, it is not only the couple who gets married, but the families also get married to each other. The Sen and Asopa family share a lovely relationship with each other. Charu’s mother, Neelam Asopa had also gifted a lehenga to Sushmita Sen, during Rajeev and Charu’s wedding. Sushmita had shared a video, in which Neelam ji was gifting a lehenga to her and she had happily accepted it. She had captioned the video as “I love you Maa @neelam_asopa here’s Charu’s Mom, dad, sister & brother what a loving & gracious family you married into bhai @rajeevsen9 truly special people @asopacharu I love you guys!!!” (Suggested Read: Priyanka Chopra Wishes Husband Nick Jonas On His Birthday With A Romantic Video Of Their Memories)

Sushmita Sen shares a lovely relationship with her brother, Rajeev and her sister-in-law, Charu. She was also present along with her beau, Rohman Shawl, when Rajeev had proposed to Charu for marriage. And just a few days before their wedding, Sushmita had shared a handwritten heartfelt note to Charu to congratulate them for their wedding day. Charu had shared a picture of the card and atop it, she had written, “Thank you didi @sushmitasen47 love you load, followed by a heart emoji.” Charu Asopa and Rajeev Sen never shy away from sharing their mushy pictures on their respective social media handles and love to comment on each other’s post. On August 11, 2019, Rajeev Sen had celebrated his first birthday after marriage and his dear wifey had made sure that he enjoys his day to the fullest. Charu had taken to her Instagram handle and had shared a video from his birthday celebration and had captioned it as “So it’s my husband’s first bday with me. It’s extremely special to me. Babie you always make me feel so special so today I really wanna tell you how special you are for me. But you know what I can’t explain it in words, that’s not possible. But I will just tell you that my world starts with u and ends with you. You complete me. Why dint you meet me before. Khair ant bhala toh sab bhala. So happy bday to the world’s most romantic and thoughtful husband alive. Love you, world's most amazing husband. Yes, girls keep feeling jealous coz I ve got the best one. Happy birthday my love." (Also Read: Angad Bedi Reveals How His Daughter, Mehr Bedi Dhupia Has Proved To Be His Lucky Charm)

What do you guys think about the Saas-Bahu jodi? Keep us posted!