In a recent interaction with Dolly Singh, actress, Neetu Kapoor shared interesting details about her wedding with late actor, Rishi Kapoor. Check out!

Veteran actors, late Rishi Kapoor and Neetu Kapoor were one of the most sought-after couples of the 90s. The two had met on the sets of their first film together, Zehreela Insaan in 1974, and soon, had fallen head-over-heels for each other. Neetu and Rishi had got married in a lavish wedding in January 1980, and their wedding festivities had lasted for 20 days. The couple's love story was a rare one, and it had inspired millions of people out there.

However, Rishi Kapoor had left for his heavenly abode on April 30, 2020, due to cancer, and his sudden demise has left a huge void in his wife, Neetu Kapoor's life. Thus, the couple's marital bliss had lasted for 40 years. Neetu and Rishi had become parents to two children, Ranbir Kapoor and Riddhima Kapoor Sahni. Neetu Kapoor has made her comeback to the silver screen after her hubby's demise, and she's making us fall in love with her all over again. Neetu Kapoor and Rishi Kapoor's wedding was one of the most grand weddings of all time. In an interaction with content creator, Dolly Singh, Neetu Kapoor shared some interesting details about her wedding with late actor, Rishi Kapoor. She mentioned that some pickpocketers had entered at their wedding in the diguise of guests and said: 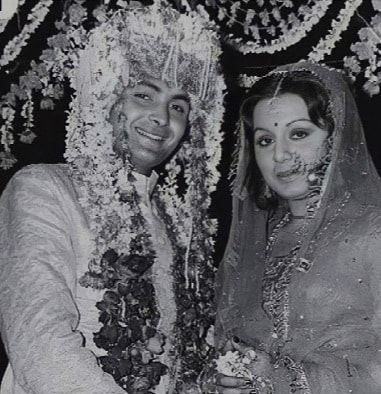 Further in the conversation, Neetu Kapoor shared that she and her then-groom, Rishi had panicked after seeing the crowd at their wedding. The actress also revealed that she was drunk while taking the pheras at her wedding as the then-to-be-married couple had consumed brandy to calm their nerves. In her words:

"Jab humari shaadi horahi thi, main faint hogayi thi and my husband also fainted. We both fainted. I fainted because there were too many people. My husband was petrified of crowds, so before getting on the ghodi, he fainted. So, he was just having Brandy, I was having Brandy, that's how our wedding was. I was drunk when I was taking the pheras." 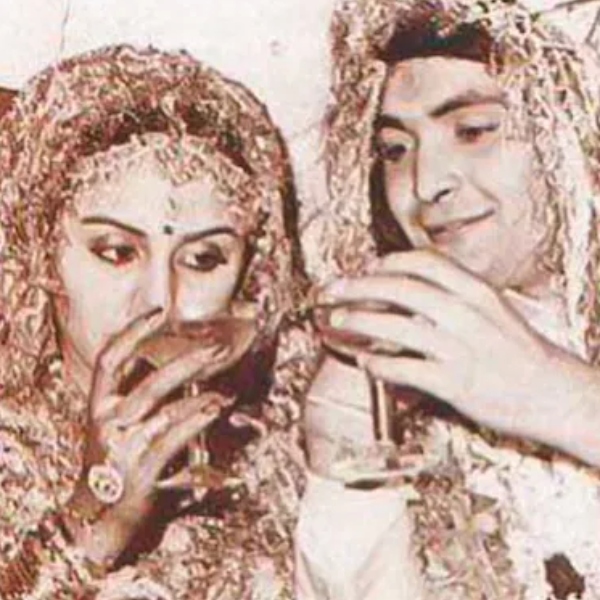 Needless to say, Neetu Kapoor and Rishi Kapoor's wedding was no less than a royal affair. When their son, Ranbir Kapoor had got married to actress, Alia Bhatt, the two had raised a toast on their D-Day and had relived the fond memories of Neetu and late Rishi Kapoor's wedding. In April 2022, a picture of the yesteryear couple had made its way on social media, which had shown Neetu and Rishi celebrating their big moment by raising a toast. And, at their wedding, Ranbir Kapoor and Alia Bhatt were also seen sipping champagne to cherish their beautiful union in the picture. Check it out below: On the work front, Neetu Kapoor will be next seen in the film, JugJugg Jeeyo.

Next Read: Amy Jackson And BF, Ed Westwick Enjoy Opera Night, The Couple Can't Take Their Eyes Off Each Other