Rajeev Sen shared the first glimpse with his wife, Charu Asopa (who is now Charu Sen) after their Bengali wedding looking ethereal in their outfits. "Hum ek baar jeete hai, ek baar marte hai, shaadi bhi ek baar hoti hai ... aur pyar ek baar hi hota hai..." Well, in real life, love and relationships don’t come with 'once in a lifetime' kind of validation and it is no compulsion that your first relationship is your last one. Love can come knocking your door second time when you’ll least expect it, and all you should do is embrace it with affection and warmth. And that’s what Mere Angne Mein fame, Charu Asopa did when Rajeev Sen knocked her heart’s door! (Also Read: Charu Asopa And Rajeev Sen Hold Hands As They Take Their 'Saat Phera' As Per Rajasthani Wedding)

Rajeev Sen and Charu Asopa said ‘I Do’ to each other on June 9, 2019, and had registered it with a court marriage. And on June 14-16, 2019, weekend, Rajeev and Charu had their lavish wedding ceremonies in Goa amidst friends and family. The pre-wedding rituals began on June 14, 2019, with an evening engagement ceremony followed by mehendi night. On June 15, 2019, Rajeev and Charu grooved their night with a rocking sangeet function and finally on June 16, 2019, they became each other’s forever as per Bengali and Rajasthani rituals. 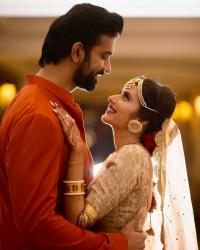 As soon as Charu Asopa and Rajeev Sen’s first look as bride and groom emerged on social media, their fans went in awe of how mesmerising the lovebirds were looking together. The bride, Charu was a visual treat in red paired with a heavy traditional necklace, a nose ring and a matha patti, while her groom, Rajeev looked royal in a white ensemble with a royal safa tied on his head and a red shawl thrown away stylishly around one of his arms. Charu and Rajeev sported same outfits for their Bengali wedding too, accentuating it with topor and mukoot. 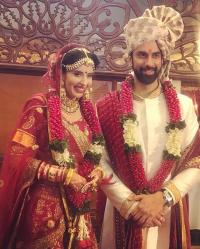 Rajeev Sen shared the first glimpse with his wife, Charu Asopa (who is now Charu Sen) after their Bengali wedding and captioned it as, “Just got married to the person i love & respect from my heart .. Sen family #lifeline #rajakibittu forever”. Charu’s sister too, posted candid pictures of the bride and the groom with unseen videos from their anjali and sindoor daan rituals. Check them out: 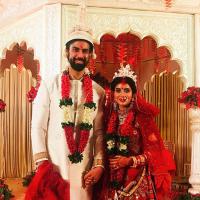 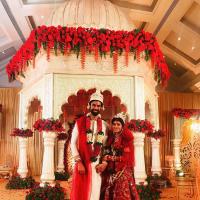 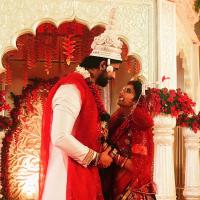 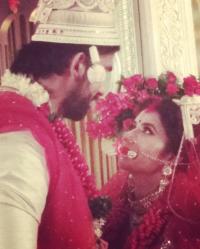 While Charu Asopa looked resplendent as a bride in crimson red and golden lehenga and was indeed a treat to eyes, it was her chooda which caught everyone’s attention. Charu had adorned beautiful traditional Rajasthani chooda which had intricate designs all over it. Charu and Rajeev had posed happily for a family picture with his parents, Shubeer Sen and Subhra Sen and sister, Sushmita Sen. The family picture also comprised of Sushmita’s beau, Rohman Shawl and her kids, Renee and Alisah. (Also Read: The Significance Of 'Ululudhvani' As A Tradition At Every Bengali Wedding) 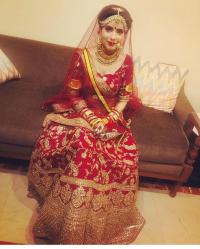 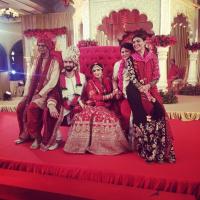 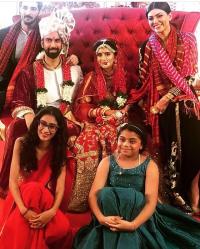 One of the guests present at Charu Sen and Rajeev Sen’s court wedding had informed the Bombay Times, "Since, white is the colour of purity and red signifies love, Rajeev sported a white kurta-pyjama, while Charu wore a red sari for the wedding. After the ceremony wrapped up, Rajeev’s mother gifted Charu a set of diamond earrings. The newly-weds then went to Mount Mary Church and Siddhivinayak Temple to seek blessings.” 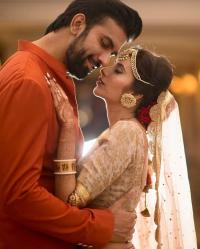 Speaking of their court wedding and how their marriage registration was just a formality, Charu Sen had shared, “We wanted to register our marriage closer to our wedding functions, but it got scheduled a bit earlier. Rajeev’s mother, his uncle and my best friend were present as witnesses. The registration is a formality. We feel like we have been married to each other since the day we met. Our families will solemnise our wedding in Goa.” 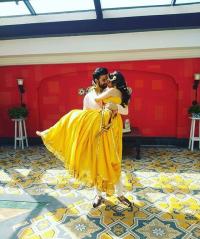 Talking about the kind of wedding they are planning to have, Charu Asopa was earlier quoted as saying, "I have always dreamt of having a white wedding. So, we plan to have a Christian-themed engagement and I will wear a white gown for it. The idea is to start with white — the colour stands for peace and purity — and then add colours to our functions and costumes, with us in red on our wedding day. We will be colour-coordinated for all our functions. While the pheras will happen according to Rajasthani and Bengali rituals, the theme for the wedding will be royal Rajasthani. I am in a shopping mode now. I haven’t taken up any new project, as I want to spend time with Rajeev after marriage." (Also Read: Bengali Wedding: The Traditional Rituals Make It A Vibrant And Colourful Affair) 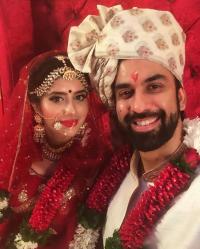 Heaps of love and good wishes to the newly-wedded couple, Rajeev and Charu!

Love in today’s times has become a tedious task. With the fast pace of life, it really gets hard to maintain the balance in your love life. While some deal with it at any cost, some succumb to the worst of it. The social media has made it even hard