Fashion 20 Actresses And Their Love For Ethnic White
Home / Weddings

Bengali weddings are an amalgamation of customs and rituals, which are rich in spiritual significance. One tradition that the Bengalis consider very auspicious is a resonating sound which is also known as the Ululudhvani.

India is a land of cultures and traditions, and every religion has its own set of rituals for different occasions. The diversity makes it even more beautiful with so many wedding customs that are followed by people from different castes and cultures. Indian weddings always bowl us over with the cultural and traditional richness and they make it a surreal experience for the bride and groom.

Like all other regional weddings, Bengali weddings are also an amalgamation of customs and rituals, which are rich in spiritual significance. Be it the aiburobhat, dodhi mangal, nandi mukh, gaye holud, shankha paula, bor boron, saat paak, subho drishti, sampradan, saptapadi or the sindoor daan, the Bengali weddings have several customs, which have their own significances. One tradition that the Bengalis consider very auspicious is a resonating sound which is also known as the Ululudhvani.

Angira Dhar Gives Glimpse Of Kashmiri Wedding Ritual, The Actress Won Our Hearts With Her Simplicity

On any auspicious occasions like Durga Puja and weddings, Bongs make a distinctive hooting sound which is produced by striking both cheeks with tongue while uttering a high-pitched howl.

This religious ritual Ululudhvani is followed in mostly all Bengali functions and it is believed to drive away all the negativities and bring auspiciousness. It is not pan-Indian custom but followed in Bengal, Assam and Odisha, where married women produce a sound called 'Ululu'.

Recommended Read: 24 Bollywood Divas From All The Eras And Their Wedding Day Bridal Looks

This refers to festivity and prosperity. In weddings, when the groom enters or at the time of Shubhodrishti (when the bride finally removes the leaves from her face and their eyes meet), the ritual is followed by Ululation. 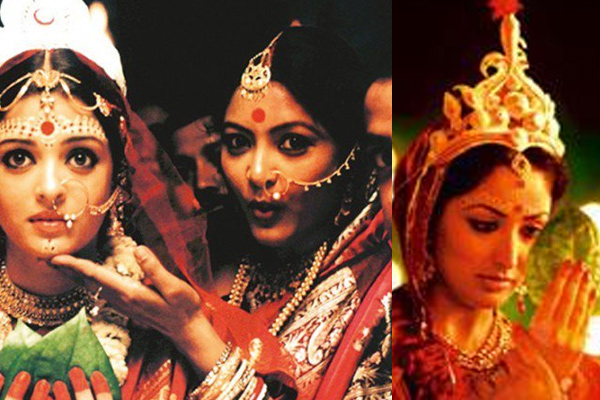 While some believe that this sound is made to ward off evil spirits, it is also marked as a signal for the beginning and end of the occasion. This is usually preceded by the trumpeting of the conch shell.

The sound that echoes as all the women produce the Ululudhvani together creates a beautiful ambience. While this is a practice that might seem to be easy to do, but it requires a lot of practice.

This is one art that is mastered by all Bengali women. A Bengali wedding is incomplete without the overwhelming sound of Ululudhvani and conch shells and it definitely gives everyone goosebumps. To know more about wedding rituals, stay tuned with us here.