Charu Asopa Sen and Rajeev Sen had tied the knot on June 16, 2019, in a traditional wedding ceremony in Goa. Scroll down as the newly-wed couple went to Siddivinayak Temple for blessings.

“My love for you is like the raging sea, so powerful and deep it will forever be. Through storm, wind, and heavy rain, it will withstand every pain.” The love chronicle of famous television actress, Charu Asopa and her hubby, Rajeev Sen is exactly this pious and strong, and this short poem can easily summarise their relationship! Their love isn’t only restricted to their adorable PDAs, mushy pictures or love-filled captions, but the way these two look at each other and the respect they have for each other, redefines it all. Making their way to forever togetherness, the lovebirds had entered the holy bond of matrimony on June 16, 2019, in the presence of their families and close pals. Theirs, was a grand destination wedding that had taken place in Goa. (You May Like: Mahhi Vij Shares A Cute Poem For Her One-Month-Old Daughter, Tara Jay Bhanushali)

Though their fans couldn’t physically be a part of their wedding, so the couple has been giving insights to the same every now and then through their respective social media handles. Right from their pre-wedding pictures, wedding snaps to their individual ‘getting-ready’ trailers, Charu and Rajeev have treated their fans with all they could. In fact, two days ago only, we had shared with you the trailers of the same. Refresh your memory right here in case it has faded:

Not only their wedding, Charu and Rajeev have been sharing almost every detail as to what they have been up to ever since their wedding. So much so, that they had even posted their first coffee date after wedding and for that matter, their first gym session too! Now, on September 18, 2019, both of them took to their social media handles and shared some awesome pictures from their Siddhivinayak darshan. Sharing the pictures, Charu simply captioned it as “Siddhivinayak darshan” along with a heart and folded hand emoji. Rajeev, on the other hand, shared only car selfies and wrote, “Car selfies can be so hot”, followed by heart struck eyes and heart emojis.

Do you believe in love at first sight? If not, then Charu and Rajeev’s love tale will make you believe so! In an interview earlier, the actress herself had shared the details about their first date and had remarked, "After our first meeting, we had decided to catch up again over coffee, but I left for my hometown, Bikaner. I was on a much-needed break after my show, Jiji Maa, ended. In fact, I hadn’t decided when to return. However, as luck would have it, I was offered KarnSangini and had to report on the set the very next day. I texted Rajeev from the set and told him that we could meet for coffee. I had assumed that the meeting would end in half an hour. However, we went on talking for hours until I told him that I had to leave as I had an early call time the next day. We started chatting, spending time together and the rest, as they say, is history. I don’t know if I can call it love at first sight, but it looks like that.” (Also Read: Mandira Bedi Opens Up On Motherhood, Says, 'I Was Scared That Pregnancy Will End My Career') Confirming their wedding news and the details about the same, Charu had informed the Bombay Times, "It will be an intimate affair with just 20-25 people each from our respective families in attendance. Our families had originally zeroed in on a date in December, but Rajeev, during a conversation with me, said that it’s too far. That’s how we advanced the date to June 16. Forget others, even our families were surprised to learn about our decision. We will have a reception in Mumbai depending on the availability of our families and friends." 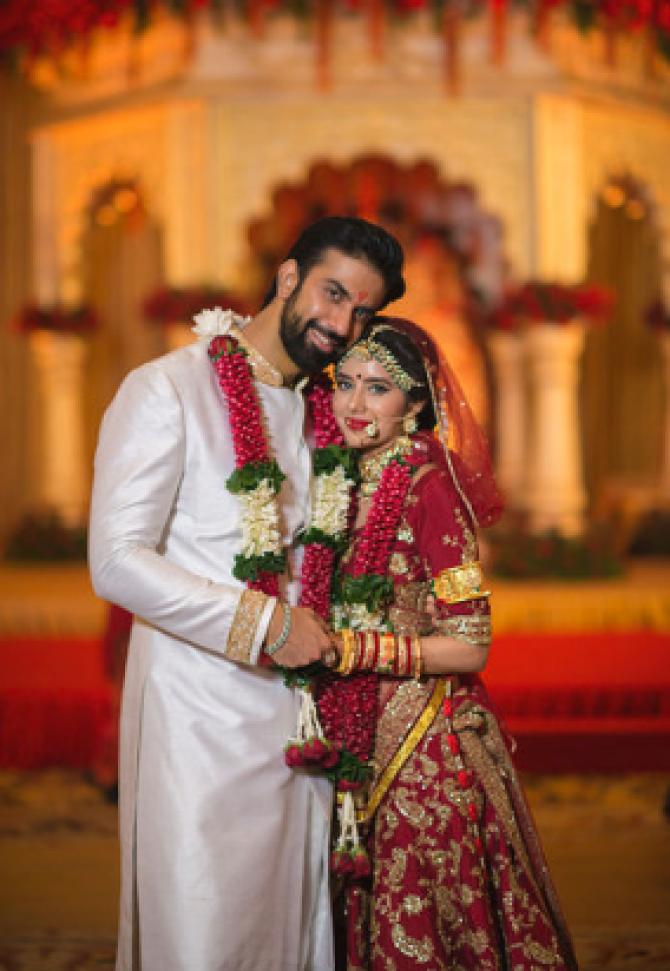 For the ones who have been living under the rocks, Rajeev Sen is the brother of famous B-town diva, Sushmita Sen. And do you know what sort of a bond Charu shares with her sister-in-law, Sushmita? Well, hear from the actress' mouth herself, "You won’t believe that I impersonated Sushmita Sen, when she was crowned Miss Universe, at a fancy-dress competition in my school. I was very young then. I showed her the picture and she said that I looked adorable in it (smiles). Imagine the stroke of luck, she will be my sister-in-law soon. She told us to never sleep over a fight and resolve our differences without any delay. Of course, like any other couple, Rajeev and I, too, have our share of fights, but we also resolve it in no time. He is very mature. We respect each other and we are good friends before anything else. Sushmita didi told me that jab aap bohot comfortable ho jaate ho kisi ke saath then you should know that he is the right guy for you. In my case, it’s Rajeev, because we are extremely comfortable with each other." (Checkout: Angad Bedi Talks About Co-Star, Janhvi Kapoor And How She Has A Glimpse Of Sridevi In Her Eyes) Here’s sending lots of love to Charu and Rajeev!