Celina Jaitly Overcoming Depression With Her Husband, Peter Haag's Support Is The Power Of True Love

Celina Jaitly Overcoming Depression With Her Husband, Peter Haag's Support Is The Power Of True Love

When Celina Jaitly had suffered depression, it was her husband, Peter Haag, who stood by her and made sure she is emotionally supported during the tough phase, even though that meant leaving his job. 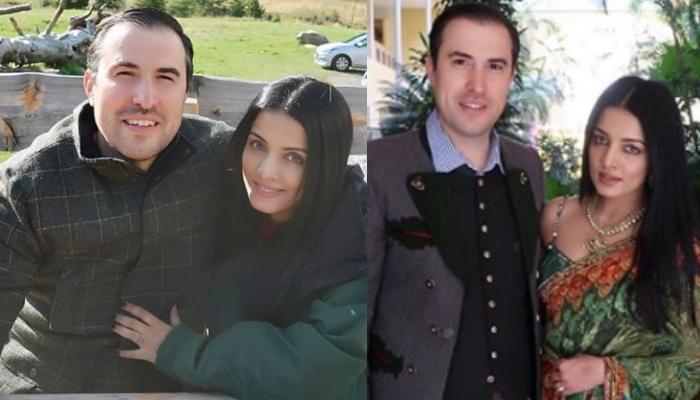 Sometimes in a relationship, the couple is faced with a situation where the true meaning of ‘I love you’ is tested. Love is not always about the grand gestures or saying, ‘I love you’, it is much more than that. And the tough phase in a relationship or either one’s life is the time when their love is tested, and if they stand through each other and sail through the period, that’s how healthy and strong their relationship is. Former Miss India, Celina Jaitly and her hotelier husband, Peter Haag are exemplars of a strong relationship. (Also Read: Dimpy Ganguly Posts First-Ever Family Photo With Hubby, Rohit Roy And Kids On Their Wood Anniversary)

Janasheen fame, Celina Jaitly had married an Austrian entrepreneur and hotelier, Peter Haag in 2011 and since then, they have been living their ‘happily ever after’ with their little ones. Celina and Peter had embraced parenthood in March 2012 with the arrival of their twins, Viraaj Jaitly Haag and Winston Jaitly Haag. Five years later, in 2017, Celina had once again given birth to twins, Arthur Jaitly Haag and Shamsher Jaitly Haag but unfortunately, the latter couldn’t survive due to a heart condition. When Celina had lost one of her twins and her parents in a gap of just a few months, she had suffered depression. 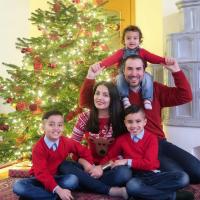 When Celina Jaitly had suffered depression, it was her husband, Peter Haag, who stood by her and made sure his wife is emotionally supported during the tough phase, even though that meant leaving his job and shifting to another country. Celina and Peter were living in Dubai when she had depression, and for her recuperation, he had left his job, and the family had moved back to their Alpine estate in Austria. Speaking about the true test of love and romance in an interview with Pinkvilla, Celina shared, “The true test of all romances and candlelight’s and valentine hearts boils down to times like this when one is down and out.” 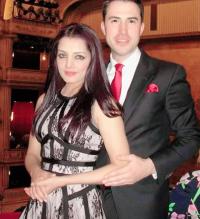 When and why did her husband, Peter Haag had decided to quit his job in Dubai and moved to Austria, Celina Jaitly continued, “My husband was the Chief Commercial Officer of one of the leading organisations in the world when the depression hit me. I was rendered completely helpless. On the advice of doctors, he decided to resign, and for me to have a complete change in the fresh mountain air, he moved us back to our Alpine estate in Austria.” (Also Read: Raj Kundra Wishes Wife Shilpa Shetty On Her 45th Birthday, Shares How She Had Changed Him For Better) 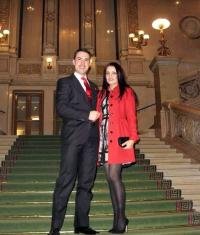 Speaking about battling depression with immense will power and the support of her husband, Peter Haag, Celina Jaitly remarked, “I honestly did not realise the sacrifice he was making for me because I was very low at that time. To be taken care of and be loved anyhow is something that I experienced during this entire phase. Getting better from depression is a lifelong commitment. Depression mostly doesn’t show. It lives within, and people don’t recognise it, worrying that it will shatter their very being. The frequent attempt to conceal mental pain increases the burden. Therefore, get help, eliminate from your life all those who bring you down or add to the negativity, exercise (believe me, it helps), don’t be shy to ask for help.” 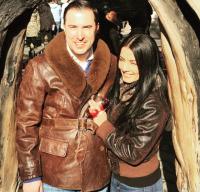 Celina Jaitly added, “The broken will always be able to love harder than most because once you’ve been in the dark, you learn to appreciate everything that shines.” After an eight-year hiatus and her battle with depression, Celina is all set to make her comeback with a short film on Zee5, Seasons Greetings- A Tribute to Rituporno Ghosh. Since the film revolves around the delicate mother-daughter relationship, it was hard for Celina as it made her revisit the memory lanes of the time she had spent with her late parents. Celina expressed, “Grief is like the ocean; it comes on waves ebbing and flowing. Sometimes the water is calm, and sometimes it’s overwhelming.” 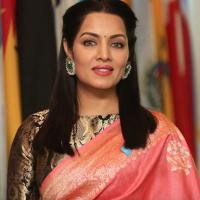 Celina Jaitly continued, “All we can do is learn to swim. Seasons Greetings- A Tribute to Rituporno Ghosh was a calling from beyond. For someone as creative and as understanding as Ram Kamal Mukherjee to come along and hold me through the entire project cannot be without divine intervention.” Sharing that she had cried a lot on the sets and revealing who was the one who had comforted her, Celina concluded, “I remember while I was super excited to play Romita, when it came to my scenes with the wonderful and gorgeous Lillette, exploring a mother-daughter relationship aspect in the story was not easy. Having just lost my mother, it was tough to say the word Ma and not have a breakdown. I cried a lot on the sets. Only Ram knew about it, and he comforted me throughout.” (Also Read: Kamya Panjabi Reveals Her Reaction When Shalabh Dang Had Gifted Swarovski Earrings On First Meeting)

"Only an act of true love can thaw a frozen heart." – Frozen!