Amazing transformation of these celebrity moms, who went back to work in no time post their delivery! The feeling of motherhood is the most wonderful feeling a woman experiences in her lifetime. The struggles of pregnancy, the body undergoing so many changes, weird cravings, morning sickness, piled on weight and whatnot! But in the end, it's all worth it for the bliss that her little bundle of joy is about to bring in her life! Becoming a mom is no less than going on a war-front as your entire life changes in a way, it'll never go back to what it was before. The biggest challenge, post-pregnancy for women, is to get back in shape and get on with their lives and work. But it is not at all easy, once you've piled on weight in those 9 months. Being healthy and fit is the foremost priority of this generation and new moms are not behind in keeping up with the trend. Recommended Read: 9 Stylish Bollywood And TV Moms Who Took Maternity Fashion To Another Level

Gone are the days when new moms were expected to leave their work and dedicate all their time (and their life for that matter!). Women are nowadays, getting back to their work soon after pregnancy as the kid is not the sole responsibility of the mother. It is equally shared by the father as well. There are a lot of new moms, who got into shape in no time after giving birth and are back to their work and already performing exceptionally! Let us have a look at some of those superwomen. An exemplary figure of valour and inspiration for a lot of youngsters out there, Neha Dhupia was back on the sets of Roadies Rising when her newly born daughter, Mehr Dhupia was merely 45-days-old! Born in November 2018, after six months of their marriage, Mehr is the apple of the eyes of her mother and father, but that doesn't let Neha adhere with her work. She maintains her personal and professional life like a pro! (Also Read: Bollywood Star Daughters Who Are A Spitting Image Of Their Star Mothers In Every Way) 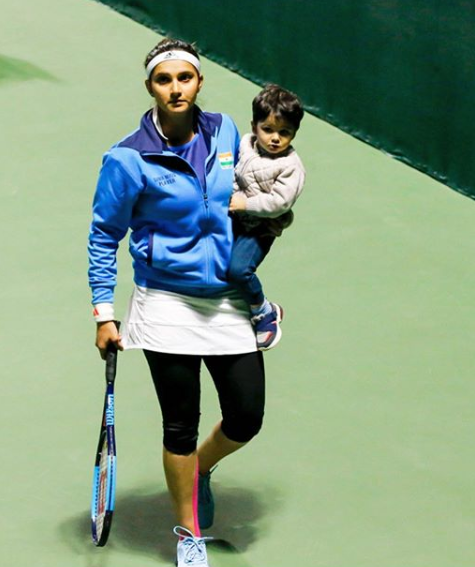 Tennis sensation, who single-handily brought India onto the map of the tennis fraternity, Sania Mirza lost almost 25 kg of weight post her delivery in four months! Ace tennis player, Sania had, time and again, taken to her Instagram to share her inspiring, post-pregnancy workout videos. When asked in an interview that how motherhood had changed her life, she had said, "I think that being athletes we are so used to conditioned to think about ourselves, about our routine, us winning, our warm-up, our food and our recovery, that you almost become a borderline selfish and I think that motherhood just kind of snaps you out of that. It was extremely difficult. I mean I put on a lot of weight. I had put on 23kgs which is fine because I had the best time in nine months of eating everything. And for an athlete to put on that amount of weight and say that I want to make a comeback takes a humongous effort." Only a few months back, Sania had made a triumphant return to the court with an opening-round win in women’s doubles at the Hobart International. 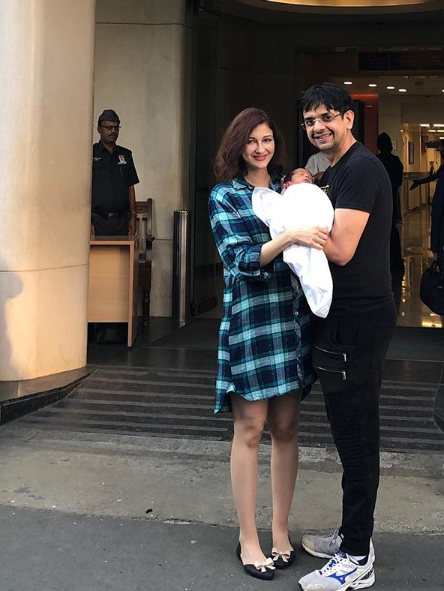 Bhabhi Ji Ghar Pe Hain fame, TV actress, Saumya Tandon gave birth to a baby boy in January last year and returned to the sets of her ongoing show in just 3 months. Not only this, but even her son also accompanied her to the sets initially! Saumya was welcomed with cheers and applause back on the sets, from her fellow co-workers, after the three-month-long gap. Talking about her comeback, she had said, "I believe motherhood should not stop a woman from achieving what she wants in life. I feel I am stronger now and more driven towards my dream. Hats off to all the women who are coming out and breaking all the stereotypes and celebrating marriage and motherhood. I really want the trend to go on because a woman doesn't become less desirable if she gets married or delivers a baby."  (Also Read: 10 Single Mothers Of Bollywood And Television And The Bond They Share With Their Daughters) This list could not be complete without the diva of Bollywood, Kareena Kapoor Khan, who had already set the bar of maternity fashion high with her gorgeous pictures. Kareena's fitness has always been the talk of the town, so much so, that even before she wasn't on any social media, her workout regimes, post-workout outfits have been doing rounds on our timelines. Sharing her secrets of weight loss, Kareena had revealed that she had always followed a strict of doodhi sabzi, karela sabzi, one roti and bowl of rice and soup. TV actress Chhavi Mittal, who is known for her role in Krishandasi, had resumed work in less than a month after her delivery. And the most surprising part is, the actress was quite active on the sets till the last day of her pregnancy. What courage! In one of her Instagram post, she had posted last year when she resumed work, she had said, "Little Arham and I resumed office this Thursday. It's a place that he's spent most of his time at while he was in my tummy.. no wonder he was so calm in the midst of discussions, story narrations, meetings. Little entrepreneur in the making completely at home in the office!" (Also Read: 8 Bollywood Celebrity Mothers Who Opted For C-Section To Deliver Their Celeb Babies) 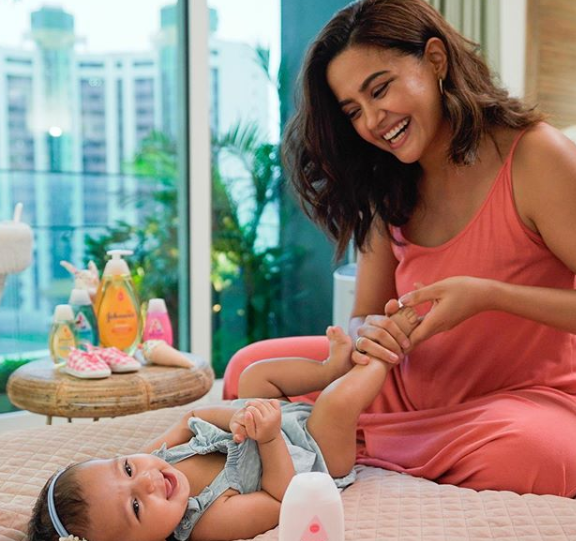 TV actress, Surveen Chawala was shooting for a web series during her pregnancy and had returned to work only a little while after her delivery, for the promotions of the same! Surveen had gotten hitched to her beau, Akshay Thakker in 2015, but had shared the news two years later on her social media handle. She had lauded her in-laws in an interview, for their immense support to her in her pregnancy phase. She had said, "I have a very good support system. I have my mother-in-law, that is a big blessing as I am still recovering and there is Akshay." 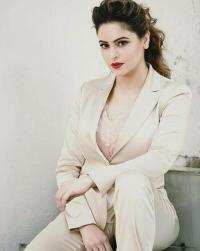 One of the most popular TV actresses, Amna Sharif had stolen our hearts and had given us some major fitness goals with her beautiful post-pregnancy photo shoot. Famous for her role of Kashish in Kahin To Hoga, Amna entered the 'fit- mommy' soon after her delivery, inspiring us with her amazing transformation. Recommended Read: 6 Bollywood Celebrity Couples And Their Gorgeous Maternity Photoshoot Ishqbaaz fame, popular TV actress had set our social media timelines on fire with her beautiful pregnancy photoshoot pictures. She had resumed working just after a few months of her delivery and even did a stunning photoshoot. Not only that, she had even walked the ramp for Bombay Times Fashion Week, giving us major post-delivery fitness goals. 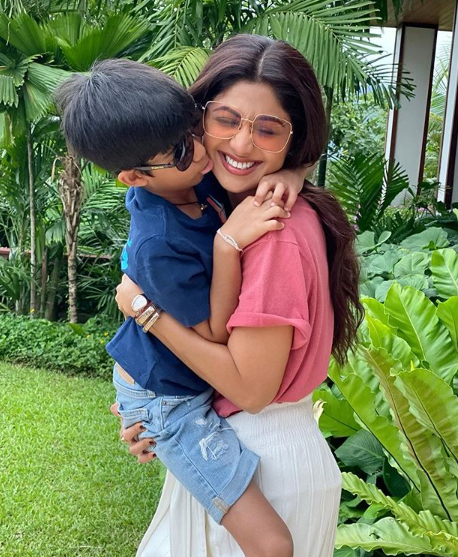 The thumka girl of Bollywood, an exemplary fitness inspiration, excellent dancer, yoga guru and whatnot! The fittest mom of Bollywood, Shilpa Shetty made our jaw dropped with her post-pregnancy fit avatar. Married to businessman Raj Kundra, 44-years-old Shilpa became a proud mother of a baby boy in 2012. Shortly after which she had returned to her work, giving us some major 'supermom' goals. Also Read: 9 Celebrity Super Moms Who Are Setting An Example For All Would-Be Mothers

Do you also know any such 'supermoms'? Let us know!