Being a famous celebrity and a simple, doting mother, donning both the roles at the same time is certainly not an easy task. But, these celebrity supermoms play both the roles with perfection. They make sure that their children grow up, away from the media glare and turn out to be good and responsible citizens. From being particular about every little detail of their kids' daily routine to making their lives healthy and fun, they do it all! Here is a special treat for all you Bollywood fans as we bring you the parenting wisdom from your favourite gorgeous actresses. Take a look:

Nushrat Bharucha Brings A Twist In 'Who's More Likely To' Challenge, As She Plays With Her Mother

Sanjay Kapoor Reveals What He Is Going To Do At Nephew Arjun Kapoor's Wedding; Shares Throwback Pic 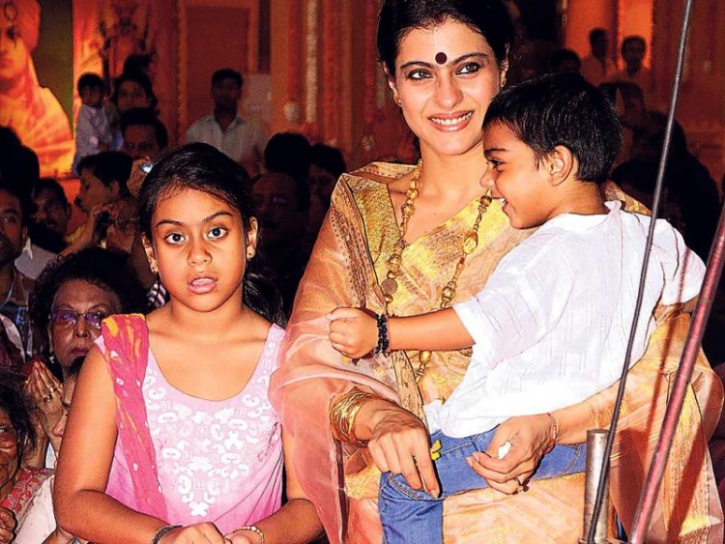 This gorgeous mom believes that it is essential to discipline children to ensure that they turn out to be good. Kajol once said in an interview,

"The one golden rule that I have in my house is - As Momma Says. What I say is written in stone and there are no explanations thereafter." "I am proud of the fact that my kids listen to 70% of the things I say. The other 30% is open for fights and compromises but we deal with it. I think it's a good ratio."

Also Read: The Love Story Of Kajol And Ajay Devgn 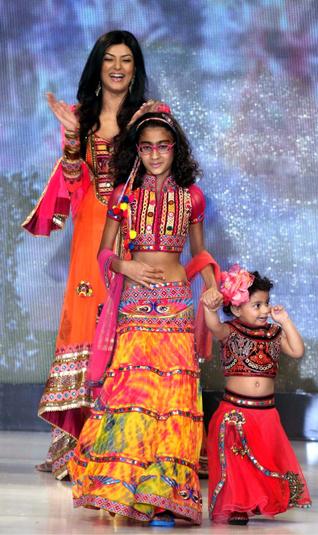 Sushmita Sen herself accepts that she was a strict mom initially, but she mellowed down a little when she realised that her daughters were well disciplined. “I started off being a pretty strict mom but I find myself easing off, because now I'm not trying to figure Renee out; she tells me. She had a very strict itinerary because it was the only way to get her to understand discipline.”

Must Read: 4 Times Sushmita Sen Proved Why Being Single Is The Best Thing That Can Happen To You 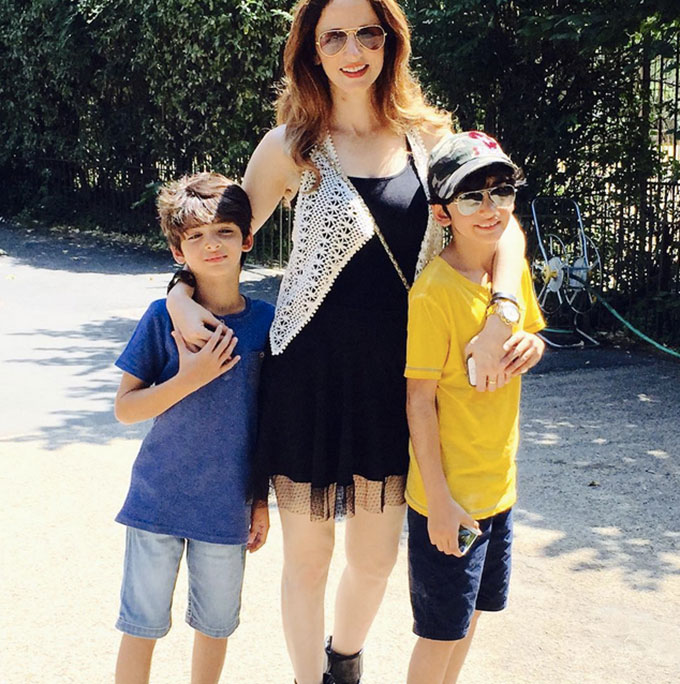 Sussanne Khan, is known to be one of the most down to earth celebrities in Bollywood. She does not believe in pampering her children or trying to change the way they do things. According to her, children should be allowed to use their imagination to do things the way they want to. This will help them to grow up to be confident individuals. Sussanne quoted:

"From the beginning, Hrithik and I have believed that children need to be treated as equals and as your friends." “Your child is absorbing what is around him, so we take care of what we say in front of the children since before we know it, they are repeating random words back to me! You do not have to be rigid to your child, let him follow his own path - whether it is what career he wants to take up or what religion he wants to practise. Not only will this give him happiness, it will also make him a better human being.” 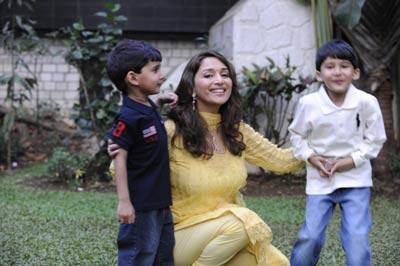 Being married to a doctor has definitely made this pretty actress conscious about her family’s health. Madhuri is very particular about ensuring that her children brush their teeth before going to bed. Madhuri said in an interview:

“There is one thing that I am really strict about and that is (making sure that they are) brushing teeth twice a day. No matter how tired they are or how late they arrive after attending birthday parties, I make sure that they brush their teeth.”

Madhuri Dixit went all the way to US to find her husband Dr.Nene. Read about it HERE! 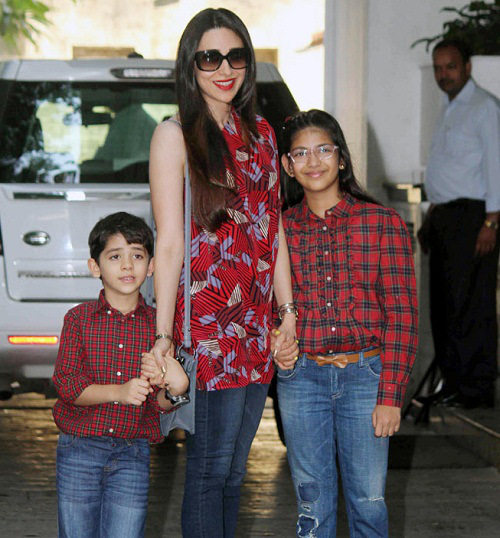 Karisma Kapoor, who admits to be a strict mom, says that she wants her children to go outside and enjoy the nature instead of staying cooped up at home. She believes that all activities are good in moderation and she ensures that her children watch very little television.

Karisma Kapoor's divorce has been in news a lot. Read all about it here: 9 Most Highly Expensive Divorces Of Bollywood That Will Take You By Surprise Sridevi, who has had a tough childhood herself, says that she wants her girls to be the best. She is not a strict parent, giving her children the freedom to enjoy themselves to the fullest. 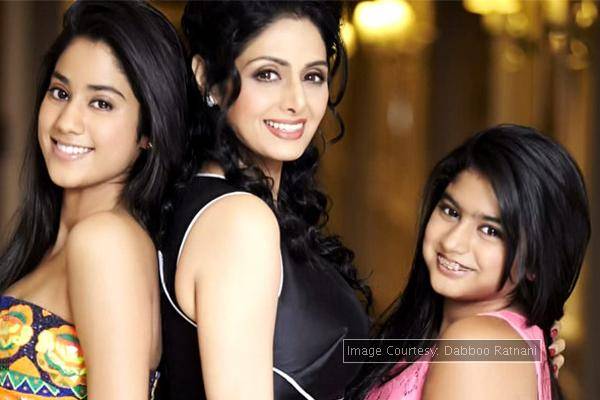 “I have taught them to always be welcoming and polite. They (her children) are very down to earth; not spoilt at all! As for parenting decisions, it's a joint effort.”

Her children have responded well to her parenting and believe that their mom strikes the perfect path of being strict and fun.

Did you know Sridevi was pregnant even before she got married to Boney kapoor? 7 Bollywood Divas Who Were Pregnant Before They Got Married 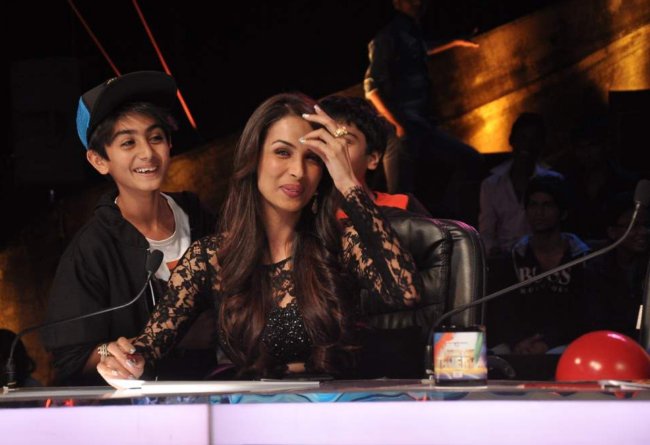 Known as the yummiest mummy of Bollywood, Malaika believes that children should be given the freedom to do what they want. “Arhaan is nine years old and I am in no hurry to plan things for him. Moreover, I am not a mother who would thrust her hopes and aspirations on her child. He has to decide what he wants to do in life.” 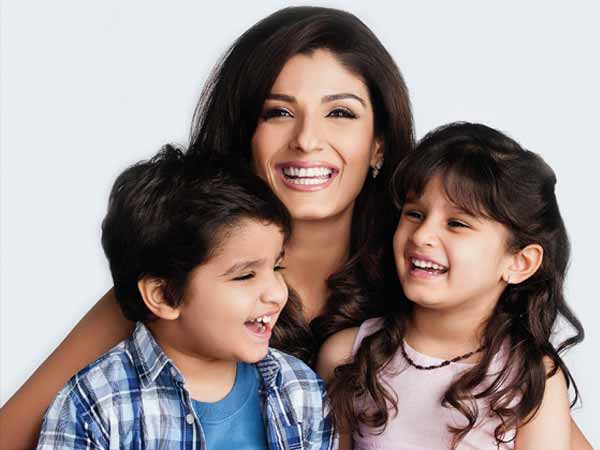 This beautiful actress believes that parenthood does not come with a list of dos and don’ts. You have to do whatever you think is right or wrong and learn along the way. She believes that children often have more wisdom than adults and one should enjoy the lifelong journey with them. She was once quoted in an interview saying:

“There is no perfect parent. I became a mom when my child was given to me. We say many things that might unconsciously wound the child. A parent has to be conscious about what is good and bad.” 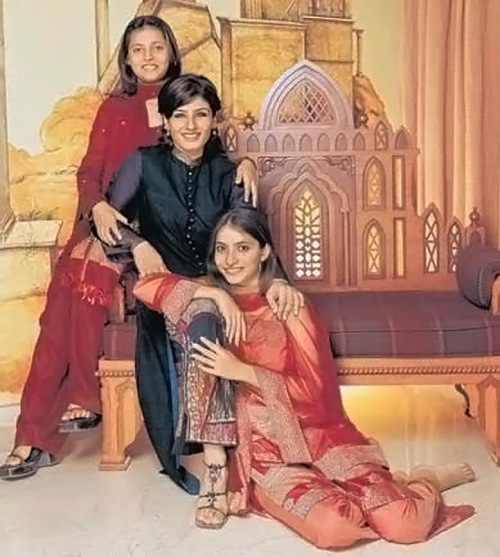 Raveena in her youth had set an example when she adopted two girls. Recently, she was also in the news when her youngest daughter, Chaya got married in Goa. 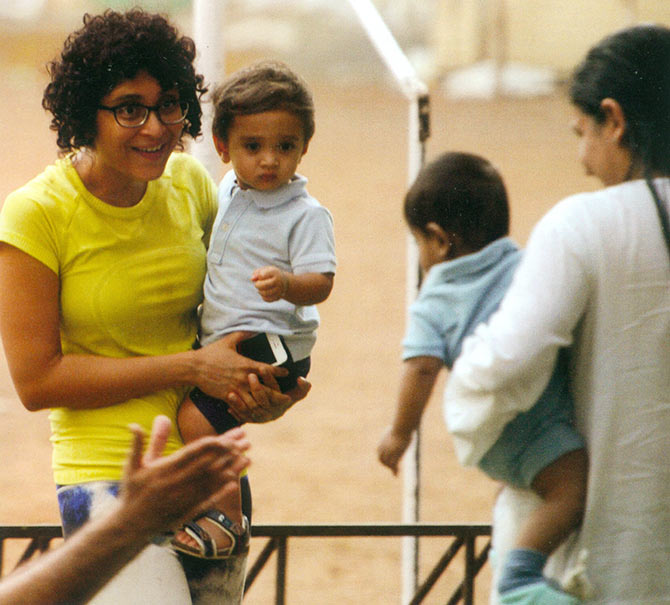 The coolest mom of Bollwood wants to ensure that she gives her son, Azad, a normal and carefree childhood. She says that motherhood is a process and though she is not a perfect mom, she tries her best to ensure that her kid grows up right. Kiran does not believe in crying over the spilt milk and believes that one should ignore small mishaps and focus on the things that went right.

Our celebrities moms do have a lot to share about parenting, isn’t it? Which tip was your favourite. Do let us know in the comment section below.