Fashion Styling Tips To Wear A Corset Like The Divas!
Home / Health And Fitness

Gym-goers often look for inspiring celebrity weight loss journeys. So, here we bring you a list of 10 popular celebrity body transformation stories which will motivate you to lose a few pounds.

To be honest, shedding weight is difficult, annoying, worrisome and can leave you teary-eyed while craving Cheetos. But Bollywood celebrities, who are in constant fear of their short-lived career on the silver screen, follow insane diet plans to look a certain way. The fact that an actor’s worth is directly proportional to specific measurements is not new.

Just like we have deadlines at work, our B-Town celebrities also have deadlines to transform their bodies and fit into the character's skin. While we spend hours at our office desks, the professional requirements of many actors drag them to gyms and nutritionists. So, here we bring you a list of 10 popular celebrity fitness transformation stories which will inspire you to lose a few pounds. 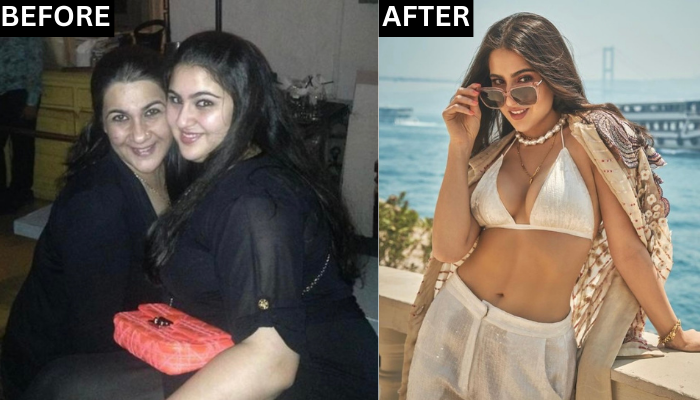 Sara Ali Khan was hogged into the limelight mainly because of two reasons. Firstly, for being the daughter of veteran actors, Saif Ali Khan and Amrita Singh. And secondly, for her rigorous weight loss journey, which required her to lose 41 kgs, despite battling with PCOD, a hormonal disorder causing enlarged ovaries with small cysts on the outer edges. 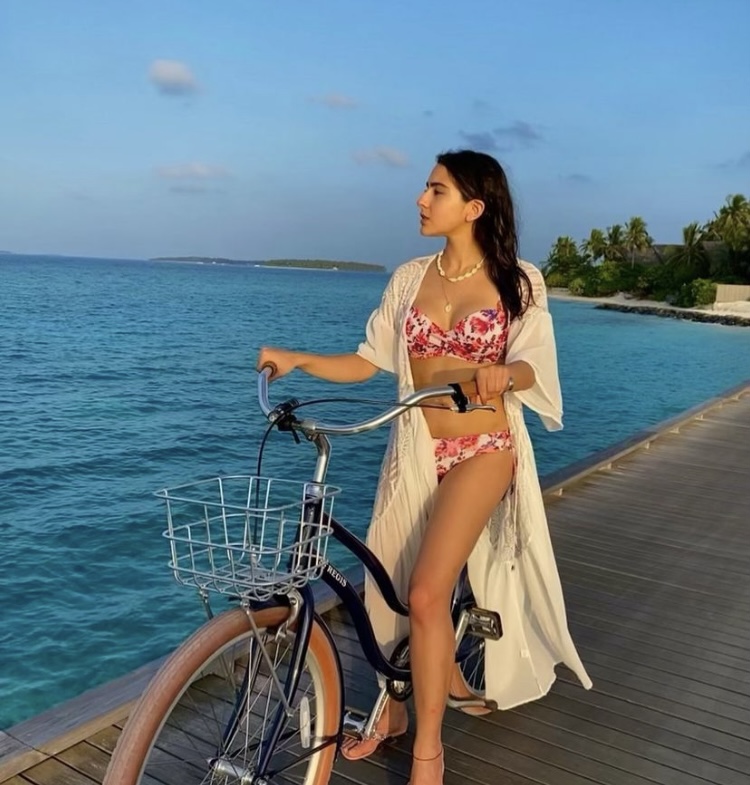 You probably spend hours searching for celebrity weight loss secrets, but once you read Sara Ali Khan’s journey from weighing 96 kgs to 55 kgs, you will get an idea of how to lose weight fast. From being the chubby kid to Bollywood’s sweetheart, it took her a year to get into the perfect shape. She gave up on pahadon wali maggi, junk food and sweets to devote a fixed time for workouts. Since she was in her 20s, her body responded quickly, and she lost the extra fat. 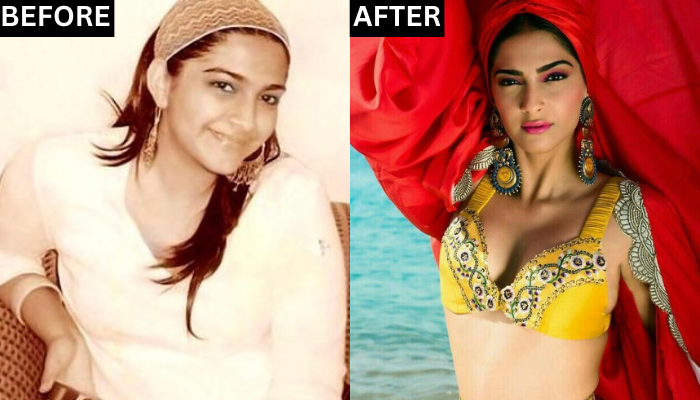 Way before dazzling in designer gowns on the red carpet every year, Sonam Kapoor used to be a plump teenager with an undying fondness for sweets. For battling her borderline diabetes and PCOD, Sonam left all the greasy Punjabi food. Her journey of weighing 86 kgs to 51 kgs included five small meals after every 2 hours a day. She mainly gorged on brown rice, tofu, protein-rich foods, dry fruits and curated dark chocolate. 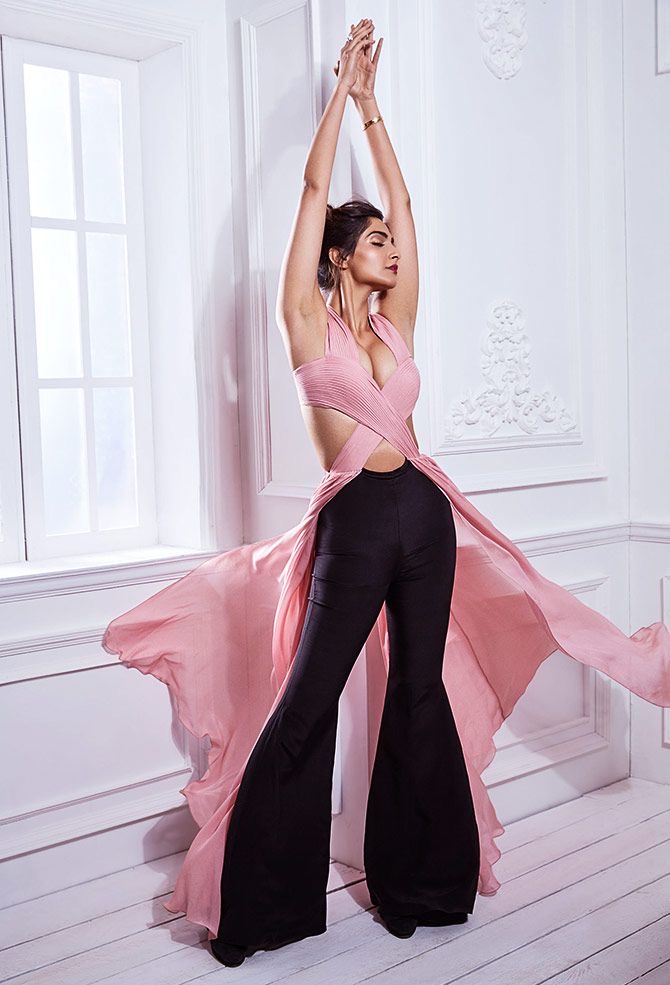 Every year, Sonam sets sartorial trends with her jaw-dropping avatars on the red carpet. But a lot goes behind getting the perfect look. Talking about Sonam Kapoor’s workout regime, it includes sessions of pilates, cardio, swimming, yoga and jogging. If you were looking for some celebrity weight loss tips, then here you go. Sonam Kapoor’s diet secrets for losing 35 kgs are the perfect roadmap for a newbie fitness enthusiast.

#3. Sonakshi Sinha did not reduce her food intake to get that flat tummy Among all the celebrity weight loss motivation tales we read, Sonakshi Sinha’s story tops the list. Her big Bollywood debut in Dabangg opposite Salman Khan is still fresh in our memories. For a girl, who weighed 90 kg and had comparatively no interest in movies, it was beyond challenging to get into shape. 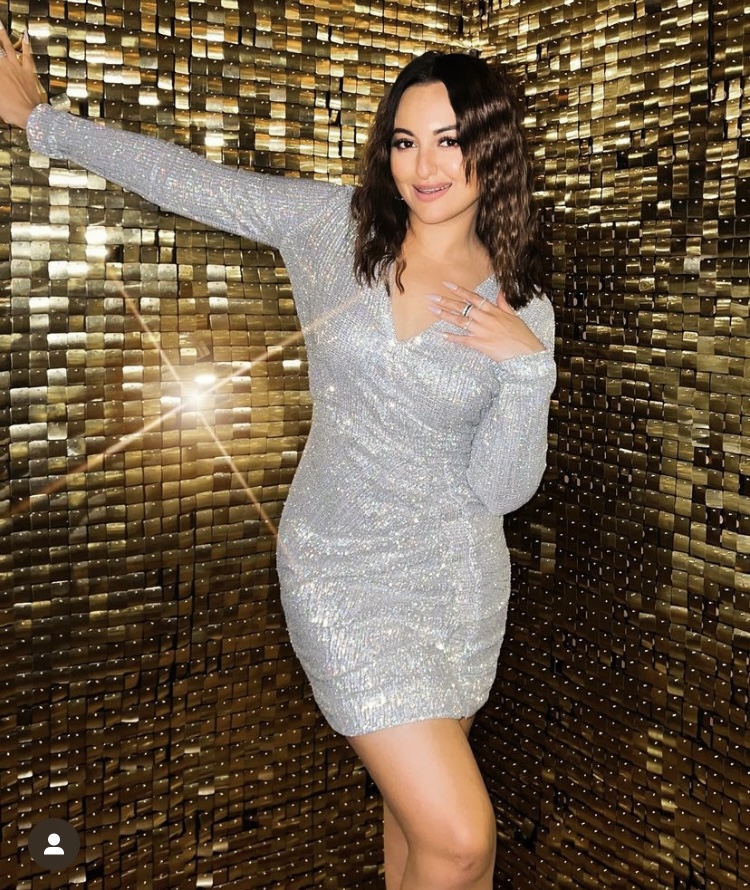 Despite having the pressure of continuing the legacy of her father, Shatrughan Sinha, Sonakshi glided into the insane body transformation journey like a pro. As consuming less food was not an option Sonakshi was eyeing, she replaced her food intake with healthy alternatives. While the global star, Priyanka Chopra stays on the media radar for her weight loss and weight gain news, her sister, Parineeti Chopra is no exception. She was never concerned about her shape and size and weighed 86 kg. To survive in the industry, the gorgeousness learnt Kalaripayattu, which is a martial arts form that originated in Kerala. 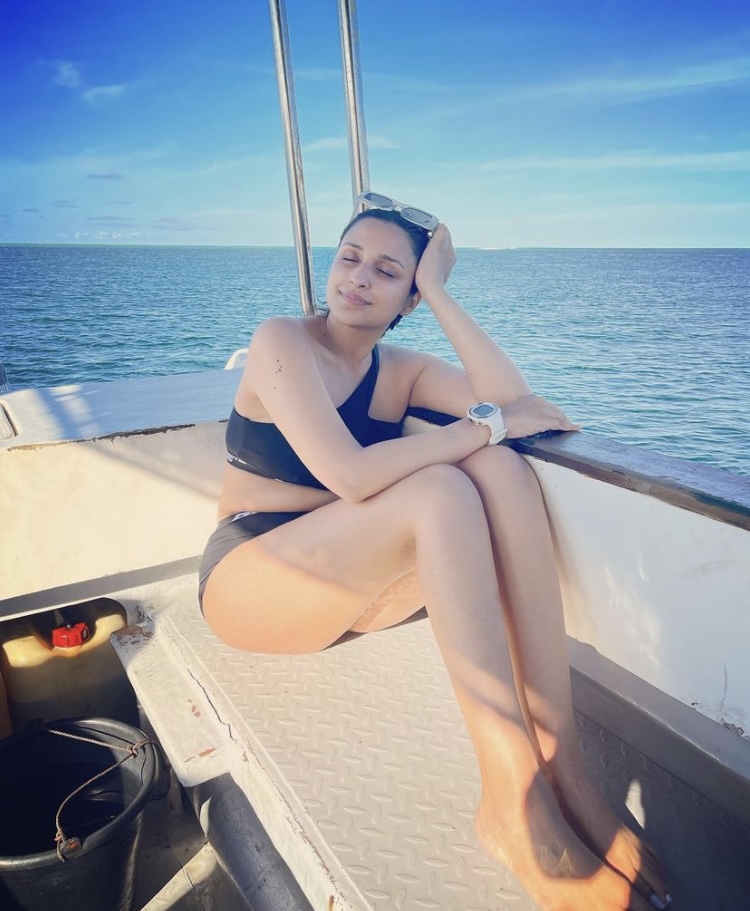 It is said that you are what you eat. Taking a sincere look at her food habits, Parineeti replaced white bread and white rice with brown ones. Moreover, she joined a detox programme in Austria where a customised diet chart was prepared just for her. It was mainly focused on having less oily food, followed by a warm glass of milk two hours before going to bed. You must have read many celebrity diets, but Parineeti’s diet plan was the easy-to-understand one.

#5. Arjun Kapoor was a whopping 140 kgs before his Bollywood debut Nowadays, Arjun Kapoor might appear with his abs and dapper look on your Instagram feed, but his journey from fat to fit was not an overnight success. It is hard to believe, but the actor weighed a whopping 140 kgs before his debut film, Ishaqzaade. It had also been difficult for him to fit into any airline seat. This might be the one celebrity before and after story which made your jaws dropped. 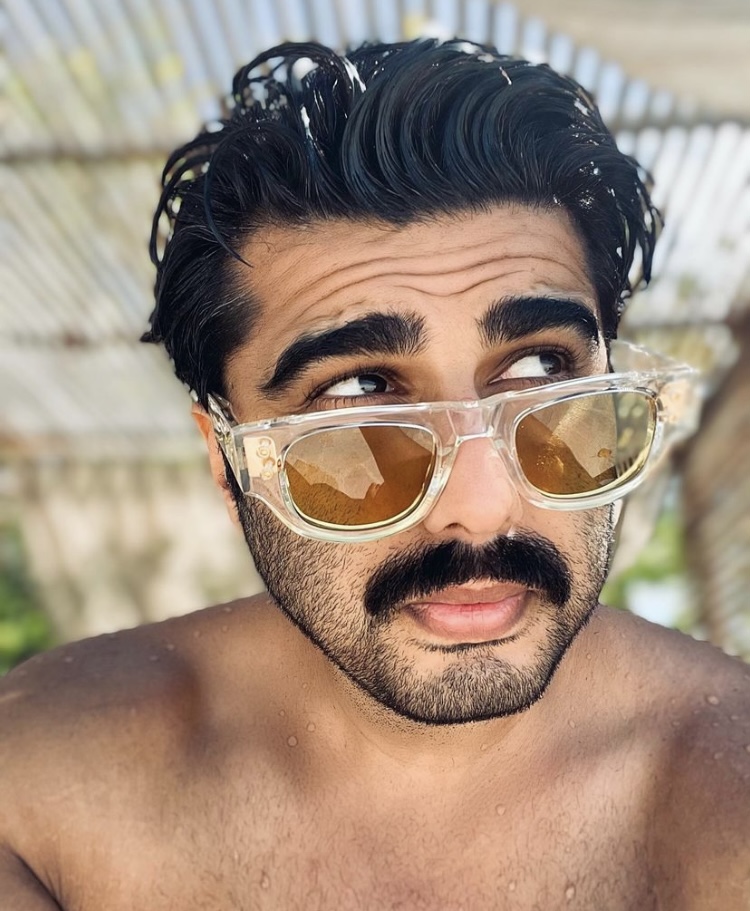 But how long did it take Arjun to lose the excess? Well, it took him 14 months to become thinner and leaner. He was on a strict 1200-1500 kcal diet. He taped down 50 per cent of his meals, did CrossFit for 20 minutes every day and consumed protein-rich foods for those killer abs. His meal chart included egg whites, boiled or grilled chicken, fish, pear millet chapatis, pineapple, strawberries, and protein shakes.

Don’t Miss: Virat Kohli To Malaika Arora, Celebrities Who Drink Black Water, But Is It Safe For You?

#6. Zareen Khan is Katrina Kaif’s lookalike, but she was once called ‘Fatrina’ for being chubby 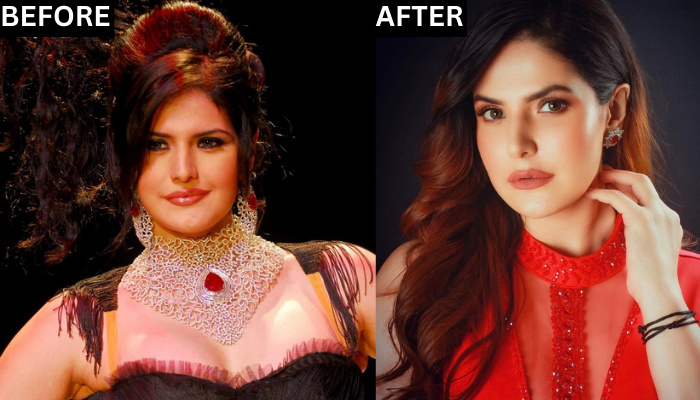 Back in 2010, Salman Khan had introduced his ex-girlfriend, Katrina Kaif's doppelganger, Zareen Khan in the movie, Veer. Coming from a humble background, Zareen was overwhelmed by stepping foot into the entertainment industry. However, as Zareen was a little on the heavy side, people started to call her ‘Fatrina’. 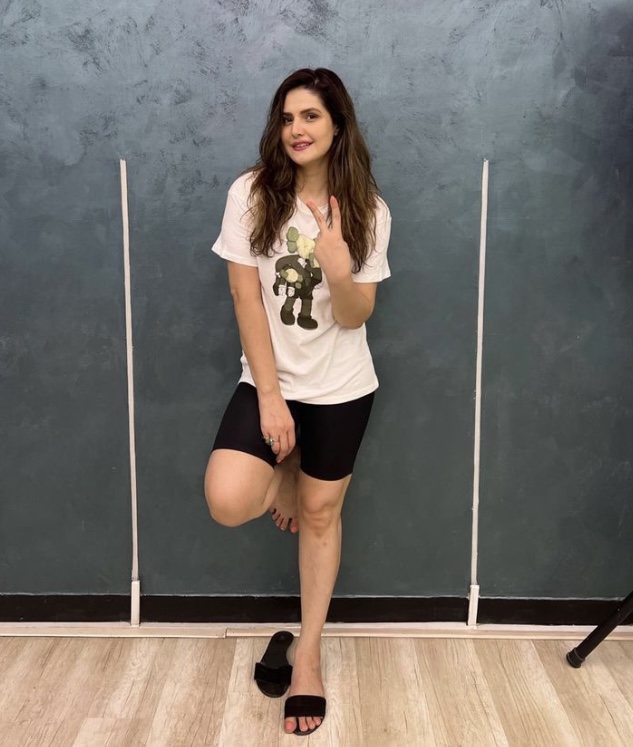 Then began her challenging weight loss journey. To shed the extra kilos, she filled her plates with a lot of proteins, green leafy vegetables and fruits. She also focused on the importance of hydrating herself with gallons of water. Other than that, she chose ghee over olive oil as it is beneficial for your skin, hair and bones.

#7. Bhumi Pednekar's dramatic weight gain for a movie role, followed by losing 33 kg without starving herself 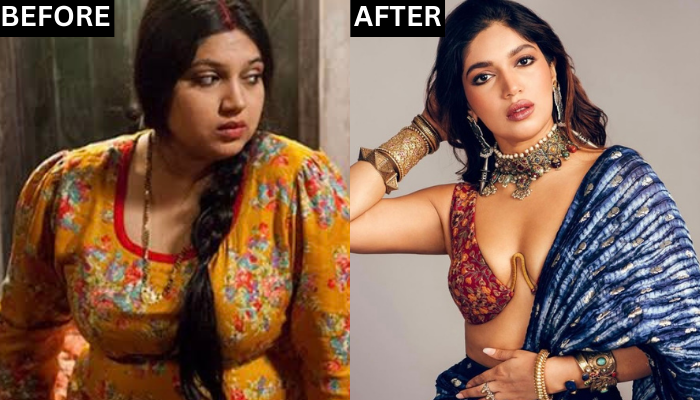 We are used to headlines which read major celebrity weight loss transformation stories. While other celebrities lost weight to enter Bollywood, Bhumi Pednekar gained some kilos for her first film opposite Ayushmann Khurrana, Dum Laga Ke Haisha. For the role of a homemaker, she had to gain a lot of weight which she successfully lost later on. Bhumi Pednekar is an inspiration who made it look like gaining or losing weight are cakewalks. And the best part is she wasn’t tough on herself. Instead of restricting her diet with less food, she started to take healthy items. She gave up on refined sugar, carbs and alcohol. Her mom made a simple diet chart for her which included only homemade non-greasy food.

Also Read: Popular Condiments In Food That Aid In Quick Weightloss, From Cayenne Pepper To Turmeric

#8. Tanmay Bhat was 245 kgs before following a keto diet 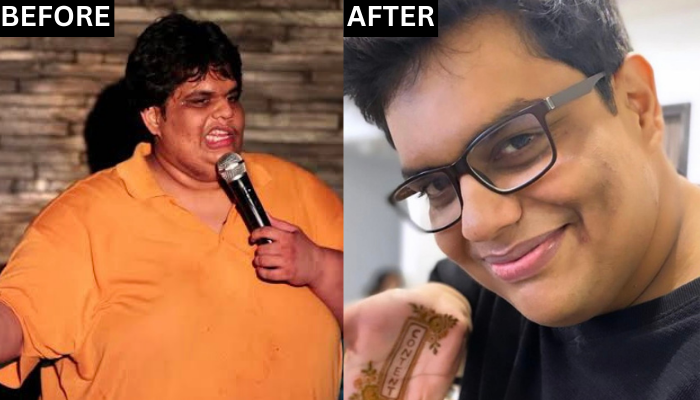 Tanmay Bhat does the best job in the world. He makes everyone laugh with his witty jokes and unfiltered reaction videos. With his stints in AIB, Tanmay made a special place in everyone’s hearts. He once weighed 245 kgs before going with the trend and following the keto diet. The diet is a quick and reliable way to lose weight which includes a high-fat and low-carb diet to break down fat for energy instead of carbohydrates. With consistent efforts, he amazed us by losing 109 kgs in 12 months. 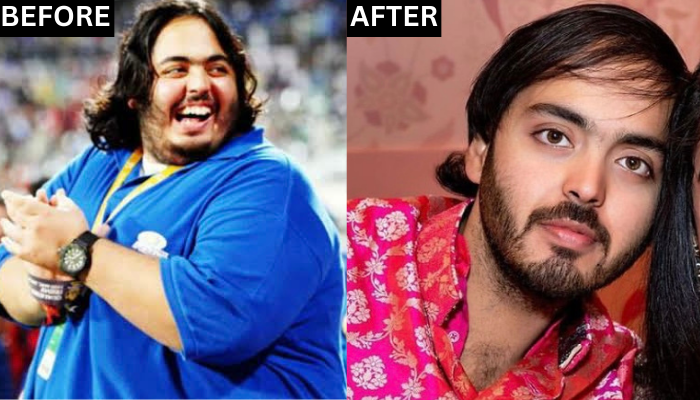 Mukesh Ambani’s younger son, Anant Ambani was on the heavier side till 2014. His weight was 175 kg before he diligently followed a strict fitness routine. From adhering to a timely meal chart, and exercising for five to six hours a day to performing weight lifting and functioning training, Anant exuded the hottest celebrity weight loss goals. As a result, he lost 108 kgs and surprised many of his friends from the Bollywood industry. However, in 2022, Anant gained weight again because losing weight is difficult and maintaining it is more difficult. Son of producer Vashu Bhagnani, Jackky followed in his dad’s footsteps and debuted as an actor in 2009. Though many of his movies flopped at the box office, Jackky owns a multi-crore business. It was his journey as a producer, which turned out more fruitful than we could imagine. Jackky also has an inspiring weight loss secret, which deserves your undivided attention. 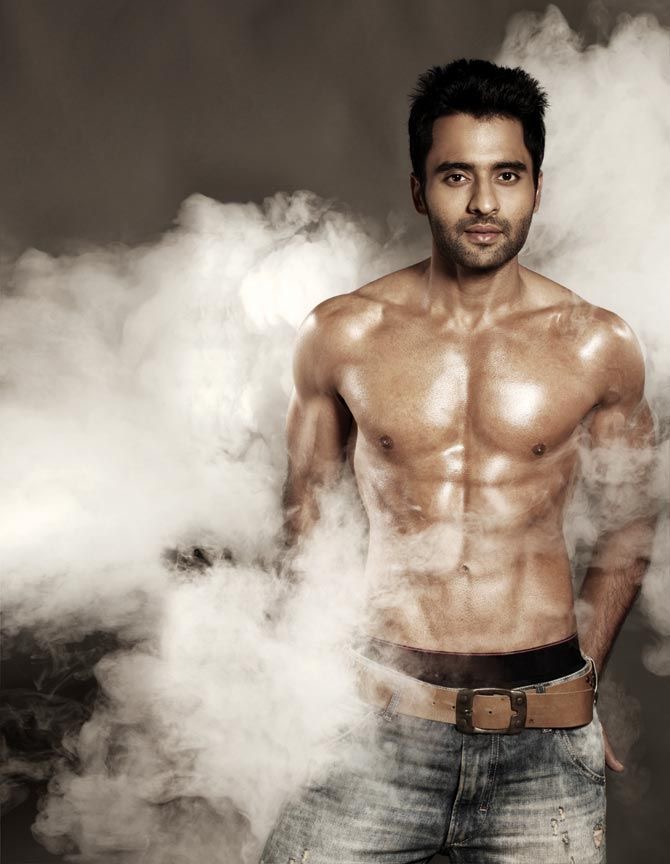 He used to weigh 130 kgs, but after following a crash-dieting course, Jackky made some major changes in his lifestyle. He bid farewell to salt for the first 8 weeks of his training and was also not allowed to eat post 7 pm. Those were indeed the toughest days for the handsome hunk.

The urge to get the desired width of abs or a certain size of the waist is the second thing, the first thing remains to be mindful of lifestyle and proper nutrition.