Celebrities often hit the headlines for whatever they do. Check out as we bring a list of celebrities who were spotted with hickey marks and love bites in the public!

Bollywood celebrities have been under constant media glares, and their every move is monitored closely. No matter how much cautious they try to be, celebs often fall prey to unnecessary trolling and alleged controversies. From wardrobe malfunctions to wrongly-clicked pictures, and oops moments and alleged link-up stories, celebs are always in the news for one reason or another. Affectionately known as the King Khan of Bollywood, Shah Rukh Khan lives in our hearts rent-free, courtesy of his dapper looks and versatility. The actor has been ruling millions of hearts for decades, and he never fails to impress the audience with his acting skills. Shah Rukh had got married to Gauri Khan, and the couple is blessed with three kids, Aryan Khan, Suhana Khan and AbRam Khan. However, once SRK had made it to the headlines when netizens spotted an alleged hickey on his neck. The picture went viral on the internet, leaving his fans into a frenzy. 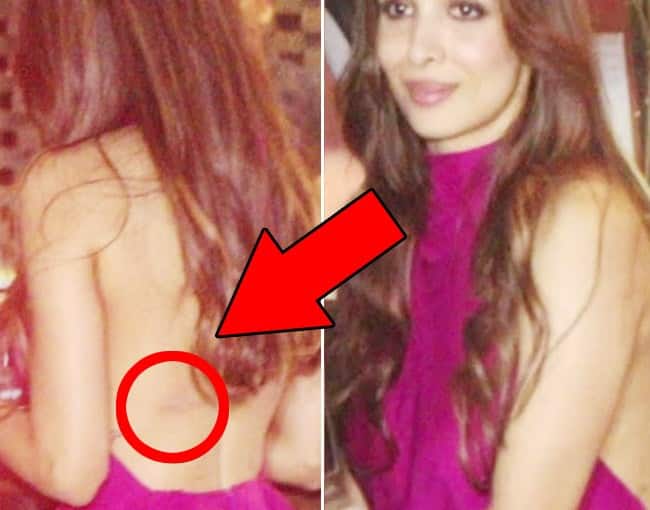 The ‘Munni’ of Bollywood, Malaika Arora is known for her bold fashion choices and stunning looks. Previously married to actor, Arbaaz Khan, Malaika is currently head-over-heels in love with actor, Arjun Kapoor. Malaika, who often garners limelight for her risqué outfits, was once spotted with some marks on her back. Soon, pictures from her outing had gone viral and assumptions were made that the marks were lovebites. 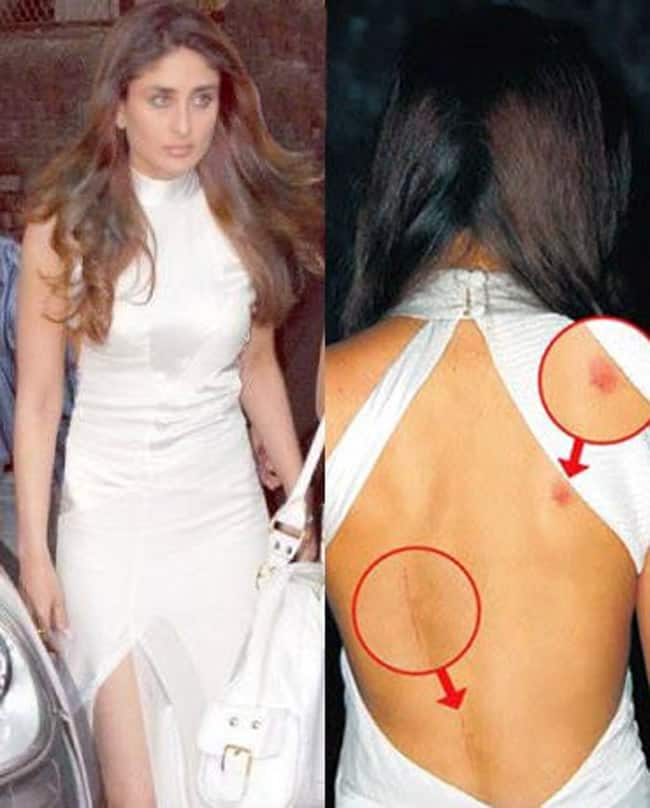 Kareena Kapoor Khan aka Bebo is the ultimate queen of sass and style. The actress has often hit the headlines for her unfiltered views and controversial statements. Married to actor, Saif Ali Khan, Kareena is a doting mommy to her two kids, Taimur Ali Khan and Jehangir Ali Khan. However, once Kareena was spotted flaunting some marks on her back, which were allegedly assumed to be lovebites. The pictures had created a stir on the internet and netizens were sure that the marks were hickies.

Also Read: When Aishwarya Rai Slammed A Journalist Who Asked Her If She Would Try Doing Nude Scenes On Screen 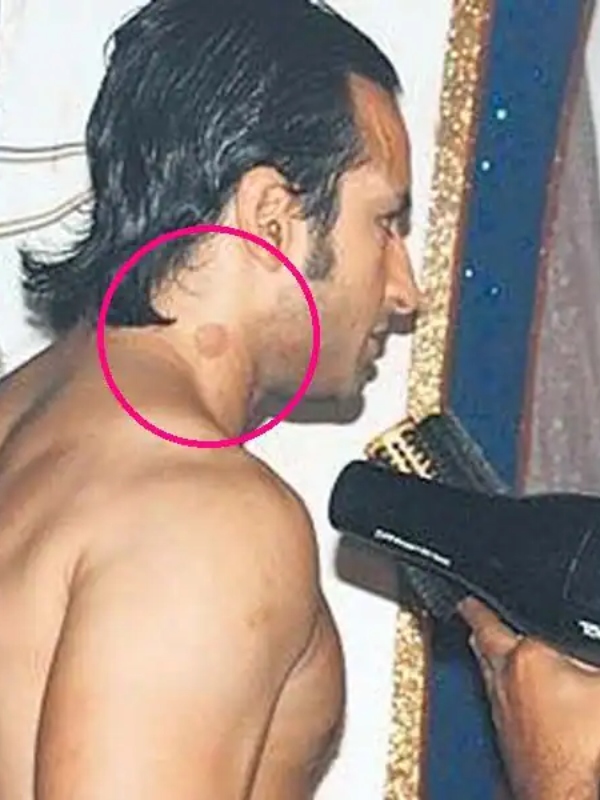 Known as the Nawab of Pataudi, Saif Ali Khan needs no introduction. Previously, Saif had tied the knot with actress, Amrita Singh, and they were blessed with two kids, Sara Ali Khan and Ibrahim Ali Khan. However, later, Saif and Amrita had parted ways, and Saif went on to tie the knot for the second time with actress, Kareena Kapoor. Saif and Kareena are proud parents to two sons, Taimur Ali Khan and Jehangir Ali Khan. However, once a picture of Saif Ali Khan had gone viral on the internet, wherein we could spot a very apparent hickey mark on his neck. The picture in question showed the actor shirtless as he was getting his hair done. Global icon, Priyanka Chopra Jonas is one of the most successful actresses in B-Town, who has managed to make a name for herself in Hollywood as well. PeeCee has broken multiple stereotypes in her life and she’s often hailed as the epitome of confidence and grace. Married to actor-singer, Nick Jonas, Priyanka has also once hit the headlines for a mark on her neck. As soon as the pictures were shared online, netizens were quick enough to assume that it was a hickey. And this incident left PeeCee’s fans extremely upset. 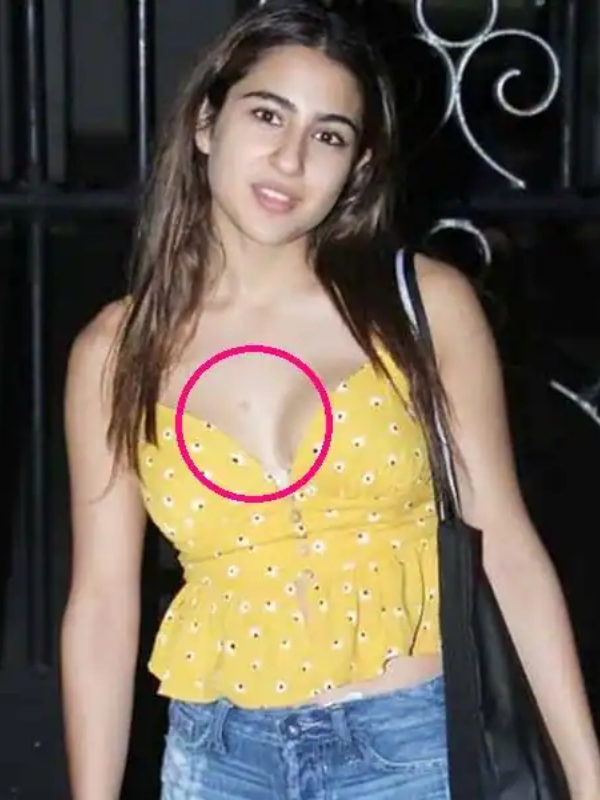 Daughter of Amrita Singh and Saif Ali Khan, Sara Ali Khan has etched her place in our hearts with her bubbly nature and to-die-for smile. Though the actress is trying to make a name for herself in the glamour world, she was once clicked with a lovebite on the lower part of her neck. During the spotting, Sara had looked gorgeous in a yellow-hued deep-neck top, but her alleged lovebite had got everyone talking. 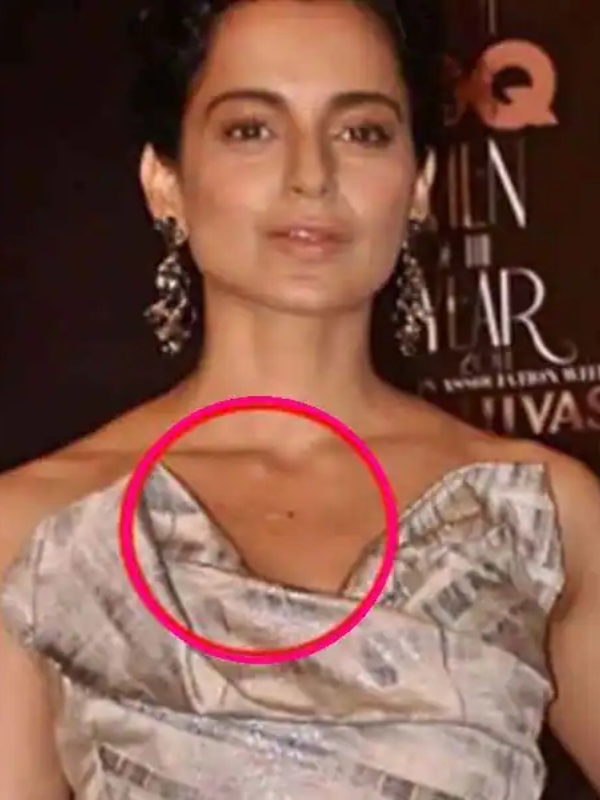 Bollywood actress, Kangana Ranaut is an epitome of beauty and elegance, and her aura never fails to leave us stunned. Moreover, the gorgeous actress is a fierce and bold lady, who never shies away from expressing her views and making controversial statements about everything trivial. Among other things, fans are always intrigued to find out inside details from Kangana Ranaut's love life, as she rarely opens up about the same. However, when Kangana was spotted with a hickey mark near her neck, she had raised many eyebrows. Everyone’s Bhaijaan, Salman Khan is hailed as the most eligible bachelor of Bollywood. Though the actor has had a long list of girlfriends, he is happily single and living his life to the fullest. Once Salman was spotted at a public event, and a mark on his neck caught everyone’s attention. While Salman claimed to be a virgin during his appearance on the show, Koffee With Karan, the alleged lovebite on his neck made his fans think otherwise. 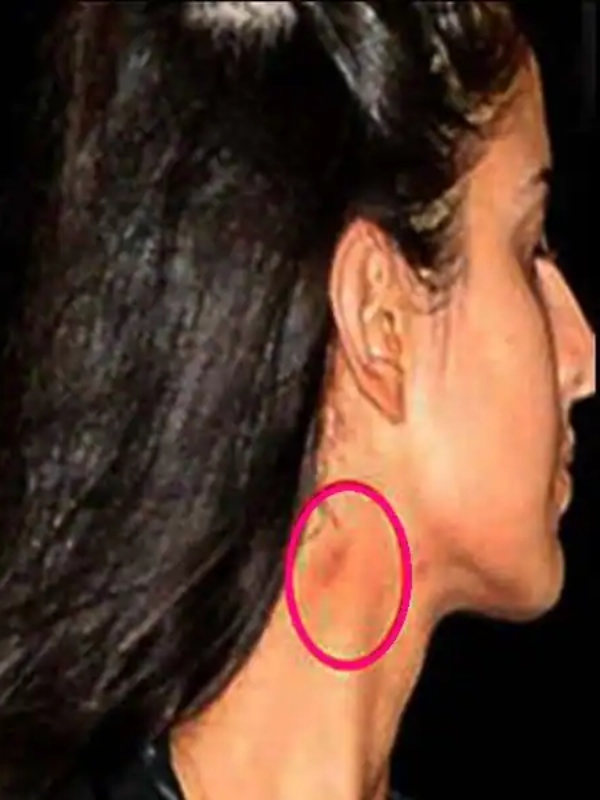 Hailed as one of the sweetest actresses in Tinseltown, Katrina Kaif needs no introduction. The actress has always managed to swoon our hearts with her humble nature and respect for others. Her fans love her simplicity and adore her for the kind of person she is. Katrina, who is married to actor, Vicky Kaushal, had once grabbed attention when she was spotted with an alleged hickey mark on her neck. The pictures were widely circulated online, and her fans were left shattered by the act.

Bollywood celebrities always manage to leave everyone talking with every update about their lives, but their hickies still remain the most talked-about topic among gossipmongers. What are your views about the same? Let us know.