In a recent video uploaded on Instagram, a bride is seen slapping her soon-to-be husband for chewing tobacco.

Wedding season is at its peak and every day we come across hundreds of wedding posts on social media. These videos and pictures are so interesting to watch that we get hooked. Looking at the bride’s special entry, sangeet performances, pre-wedding shoot, all these elements add fun to a wedding.

We all dream about a perfect wedding and there are definitely a few do’s and don’ts when it comes to such important events. One wrong step and the essence of the wedding degrades. A wedding is supposed to be fun and memorable, and while some of them try their best to make their wedding day special, there are a few who, end up ruining it. Here is a story about a bride, whose video went viral on social media as her groom ruined her special moment by chewing tobacco.

A video of a furious bride has gone viral on the social media platform. In the video, we can see that the bride got angry at her soon-to-be husband, as she witnessed him chewing tobacco. The couple was sitting at the wedding pavilion, which was surrounded by relatives and guests. Everyone was waiting for the ceremony to begin but the bride was observed busy having a discussion with a guest sitting behind her. 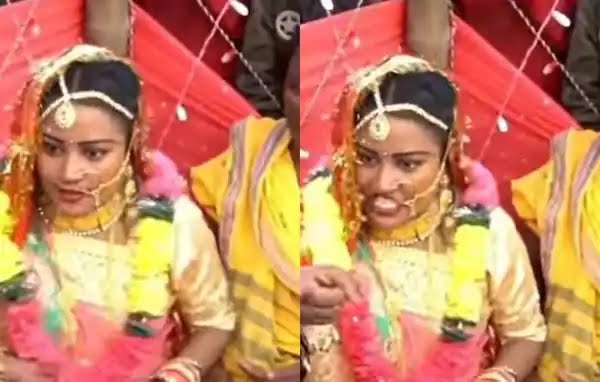 In the video, her expressions reflect that they were having a serious discussion, which soon turned out that the bride was upset about the fact that her would-be husband was chewing tobacco at the wedding pavilion. The bride got so agitated that she started yelling at the groom. She did not care about the guests gathered around them, and fuming with anger she slapped the groom. Not only this, after slapping him, he was compelled to get up and spit out the tobacco from his mouth. The embarrassed groom then stood up to spit the gutka out.

Read More: Savage Kashmiri Bride Made Her 'Vidai' Memorable, Drove Her Husband Back Home In A Thar

In the video, she can be heard saying, “Sanghat se aadmi bigdichi” which means wrong habits spoil an individual.

During the incident, none of the relatives and family members interfered and stopped the bride. In fact, they rushed to move aside trying to avoid getting spat on by the groom. The groom became a laughing stock at his own wedding, as it is observed in the video that the guests were laughing at the groom as he got thrashed by the bride.

Also Read: Fitness Coach Bride Does Push-Ups With Her Health Freak Husband On Her D-Day In A Heavy 'Lehenga' 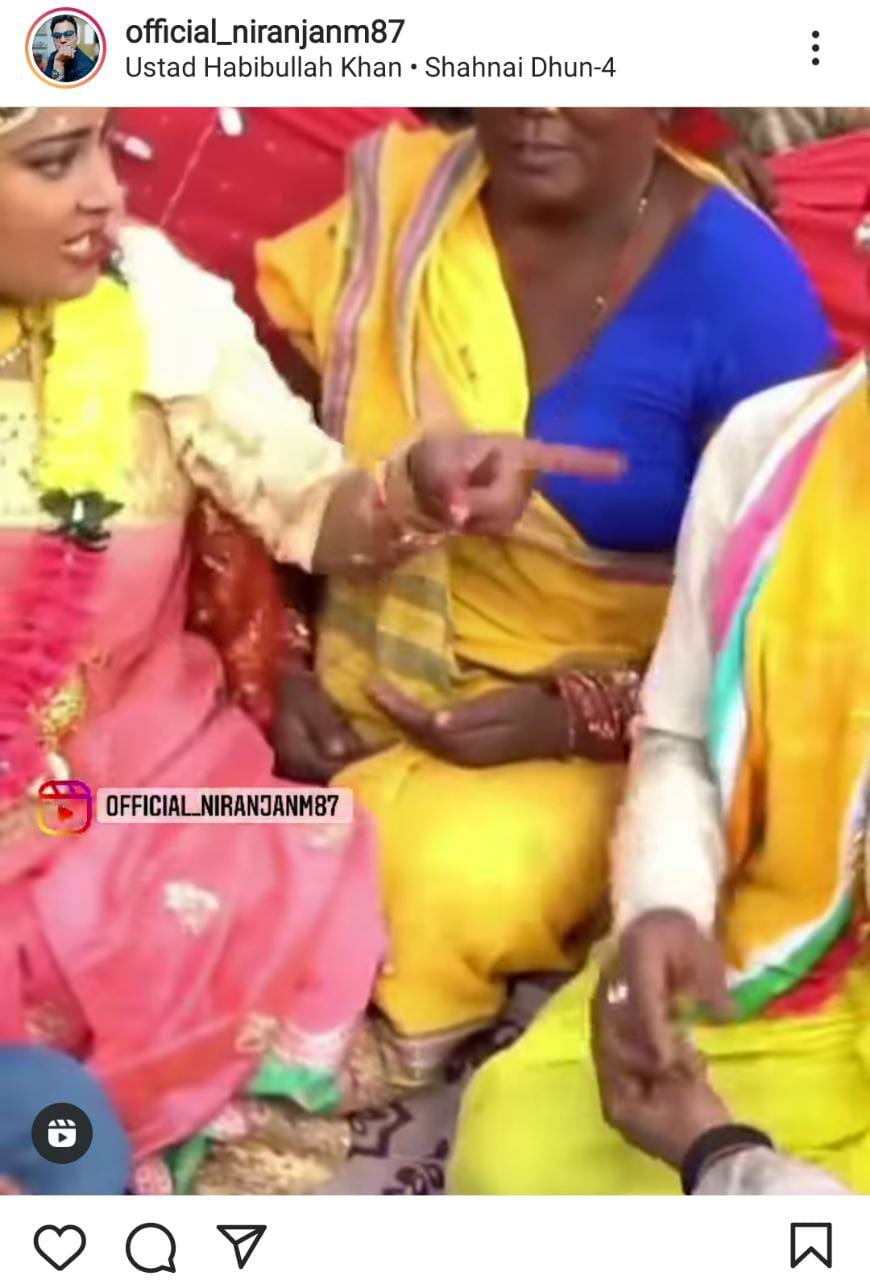 The video was uploaded on Instagram by a user named Niranjan Mahapatra, which gained a lot of engagement. Many Instagram users praised the bride's reaction while others criticized the groom's decision of eating tobacco at his wedding. A user commented “Dulhan kaafi samajhdar hai”. Some users also commented that the video was scripted and was only created to raise public awareness.

This is not the first case where chewing tobacco had caused problems at a wedding. A few months ago, a bride in Uttar Pradesh had refused to get married on the wedding day itself, as she saw the groom drunk and chewing tobacco at their wedding.

Women making such bold decisions on their wedding day are commendable. It’s high time that women stand up against what is wrong and speak for themselves.

Next Story: Architect Bride Channeled Her 'Rajputana' Princess Vibes In A Pink-Coloured 'Lehenga