Cricketer Brett Lee Invites Soon-To-Be Parents, Virat And Anushka To Have Their Baby In Australia

Cricketer Brett Lee Invites Soon-To-Be Parents, Virat And Anushka To Have Their Baby In Australia

Virat Kohli and Anushka Sharma are counting days to hold their baby. In a recent chat, Australian cricketer, Brett Lee gave an adorable invitation to the soon-to-be-parents.

For a couple, embracing parenthood is the most amazing feeling in this world. The emotions they undergo when they get the confirmation of their pregnancy is something that cannot be expressed in words. And the power couple of glamour world, Anushka Sharma and Virat Kohli are going through similar emotions as they are all set to become three. The soon-to-be parents are counting days when they could finally hold a mini version of themselves. (Also Read: 'Diya Aur Baati Hum' Fame, Anas Rashid's First Photo With His Baby Boy, Shows His Unconditional Love)

Virat Kohli and Anushka Sharma have always mesmerised their fans with their camaraderie and have given major couple goals. Anushka has always been supporting her hubby, on and off the field. During their dating phase, the gorgeous actress had appeared in many of Virat’s matches, raising quite a few eyebrows. The madly-in-love couple had tied the knot on December 11, 2017. On August 27, 2020, the couple had announced the news of their pregnancy with an adorable picture on their social media handles, where the actress had flaunted her baby bump. Revealing that junior Sharma-Kohli will arrive in 2021, Anushka and Virat had captioned it as “And then, we were three! Arriving Jan 2021.”

It seems like we are not the only one’s excited for Virat and Anushka’s baby. Australia cricketer, Brett Lee is also keen about the same. In a chat with the Mid-Day, the veteran cricketer turned commentator got candid about his life. From recalling playing against Indian cricketer, Sachin Tendulkar to his love for Bollywood, Brett Lee opened up about his life off the field. During the interaction, he also invited soon-to-be-father, Virat Kohli to have his baby in Australia. Now, that is adorable! Isn’t it?

Virat Kohli had applied to the Board of Control for Cricket in India (BCCI) for paternity leave and was granted the permission to return to India after the series opener of the India-Australia Test tour. Board of Control for Cricket in India (BCCI) had released a statement that could be read as “At the selection committee meeting held on October 26th, 2020, Mr Virat Kohli had informed the BCCI about his plans to return to India after the first Test in Adelaide. The BCCI has granted paternity leave to the Indian captain. He will return after the first Test against Australia in Adelaide.” Breaking his silence on the same, Virat had said in a press conference, “The decision was made before the selection meeting that I will be flying back before the first Test. It was purely based on the fact that there was a quarantine period in both ways. I wanted to be back in time to be with my wife for the birth of our first child. It is very, very special and a beautiful moment in our lives and that was the reason for my decision that was communicated to the selectors." (Also Read: Samantha Akkineni And Naga Chaitanya Steal The Limelight In Stylish Best At Dil Raju's Birthday Bash) Anushka Sharma closely follows her husband, Virat Kohli’s game and is one of his biggest cheerleaders. In the second T20 International match held at Sydney Cricket Ground on December 6, 2020, India had beaten Australia by six wickets. The soon-to-be-mom, Anushka Sharma couldn’t hide her happiness and had congratulated her ‘love’, Virat and team India for the splendid victory. She had taken to her IG stories and had shared the screengrab of the winning moment and had written, “Series win & brilliant team effort!! Men in blue. Congratulations my love.” On the occasion of their third marriage anniversary, Virat Kohli had dropped a stunning monochrome picture with his beautiful wifey, Anushka Sharma from their wedding. On December 11, 2020, Virat had taken to his IG handle and had shared a candid monochrome click from his wedding, wherein, the gorgeous bride, Anushka could be seen looking lovingly at her handsome groom and smiling. Along with the picture, Virat had written, "3 years and onto a lifetime together." The doting wifey, Anushka Sharma had also shared a candid click with Virat, in which she could be seen hugging him from behind as the couple laughed. Along with the mesmerising picture, Anushka had written, "3 years of us & very soon, 3 of us. Miss you." (Also Read: On Niharika Konidela's Birthday, Her Husband, Chaitanya Shares Heartfelt Wish, Calls Her 'Sunflower') 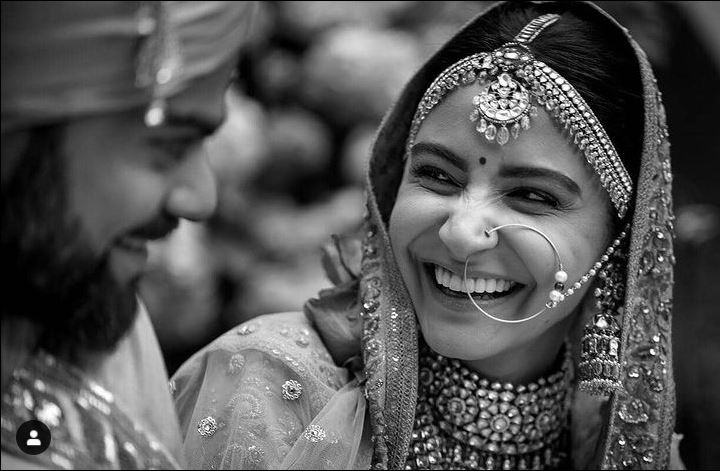 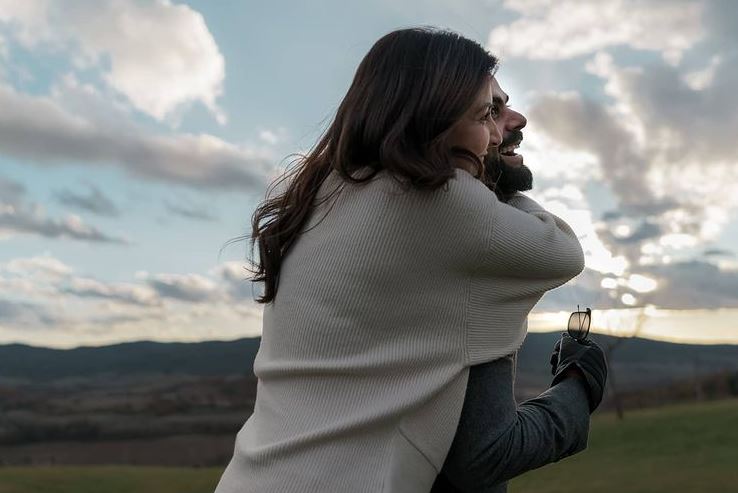 Well, just like Brett Lee, we too are eagerly waiting for Virat and Anushka’s baby!