Anas Rashid's first picture with his baby boy captures the moment of awe perfectly as he lovingly looked at his newborn son, Khabib. Check out the picture inside!

The feeling of parenthood is as special for a father as for a mother. We often end up underestimating a father’s love for his kids because they fear showing their emotions. When a man becomes a father, he is as emotionally vulnerable as his wife and yet he has to hold himself to be there for his wife and child. Every man becomes a lot more caring with the birth of their child and starts dreaming of how he would raise his little one. While, they might not show it, but every father is left in awe of his baby at the very first sight. Anas Rashid’s first picture with his baby boy captures the moment of awww perfectly! (Also Read: Mom-To-Be, Neha Kakkar Glows As She Makes Her First Public Appearance Post Pregnancy Announcement)

Anas Rashid’s stint as ‘Sooraj’ in Star Plus’ show Diya Aur Baati Hum had brought him a huge fan following. The actor had surprised everyone when he had announced his marriage with a Chandigarh-based girl, Heena Iqbal. He had gotten married to Heena on September 10, 2017, in an intimate ceremony. On February 12, 2019, Anas had become a proud father of a baby girl, whom he had lovingly named Aayat. And on December 17, 2020, Anas completed his family by welcoming a baby boy in his life. While Anas had announced the birth of his baby boy on his IG handle on December 17, 2020, his fans were eagerly waiting for his picture with his son. Taking to his IG stories, Anas fulfilled his fan’s wishes as he shared an endearing picture with his newborn. In the picture, Anas can be seen lovingly looking at his son, holding him with utmost care in his arms. Anas looked emotionally vulnerable looking at his son and the unconditional love that he holds for his child could be seen in his eyes. Take a look: 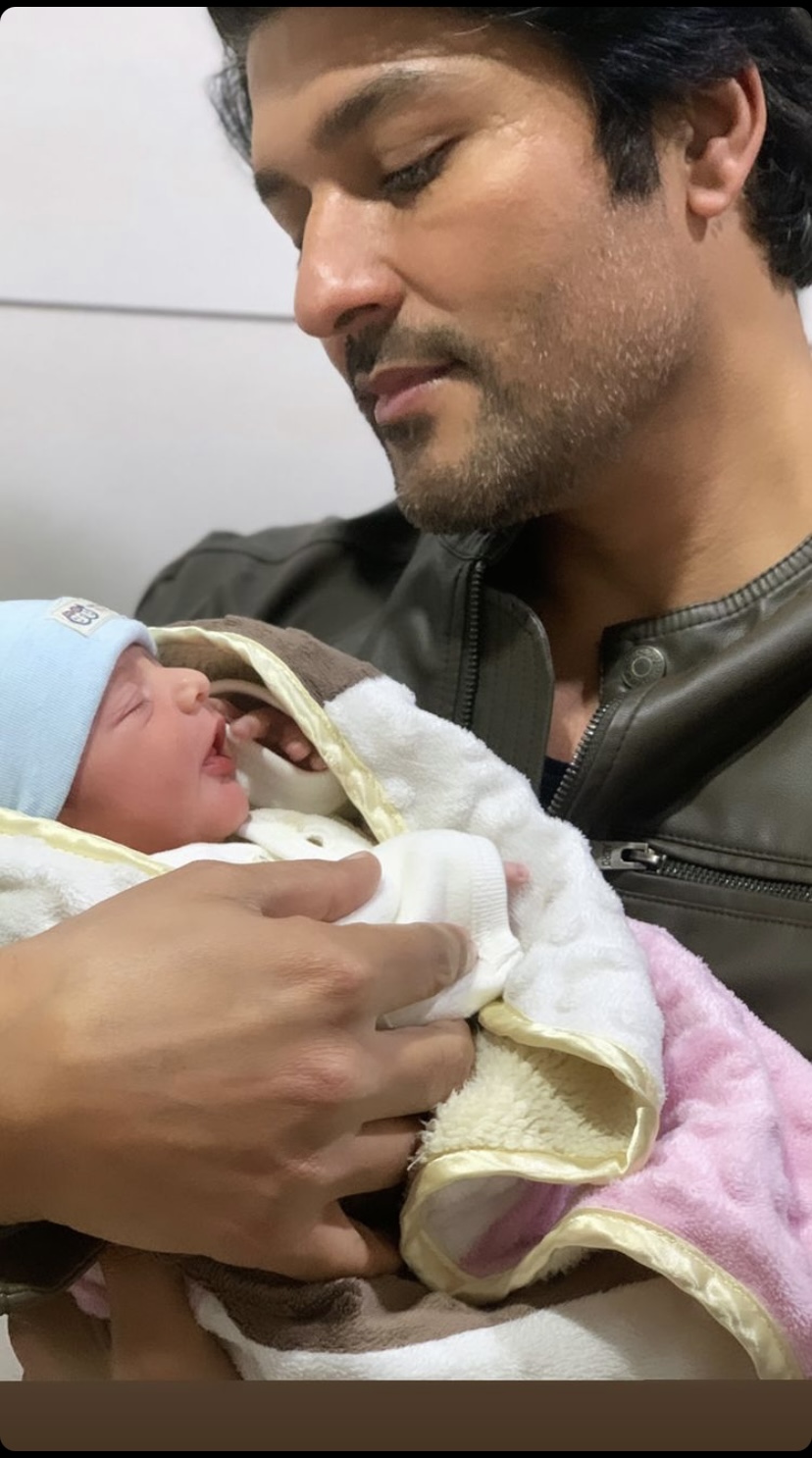 To announce the birth of his baby boy, Anas had taken to his Instagram handle and had shared the first-ever pictures of his baby boy with his grandfather. He had also revealed his little prince's unique name in the caption and it could be read as "My father welcomes home his grandson -‘Khabib Anas Rashid'. Thanks for all your priceless love and wishes on this awaited occasion." (Don't Miss: Teejay Sidhu Clarifies If They Have Found The Gender Of Baby In Canada, Reveals What She Wants) Anas is already a father to a daughter, who he loves dearly. He had taken to his Instagram handle to announce the arrival of his little princess in 2019. The elated father, Anas had thanked his wife, Heena and his fans for all the love and best wishes. Alongside it, he had written, "Hi dear ones, We are blessed with a baby girl yesterday. Both mother and baby are in good health. Thank you all for your blessings and wishes. Anas Rashid."

On February 13, 2019, the doting daddy had shared the first-ever picture of himself with his daughter, Aayat. The picture had a backdrop of a balloon-décor as Anas had wrapped his daughter lovingly in his arms and was all smiles for the camera. Sharing the picture, Anas had written, “Home coming of my daughter Aayat”, followed by two smile emojis. 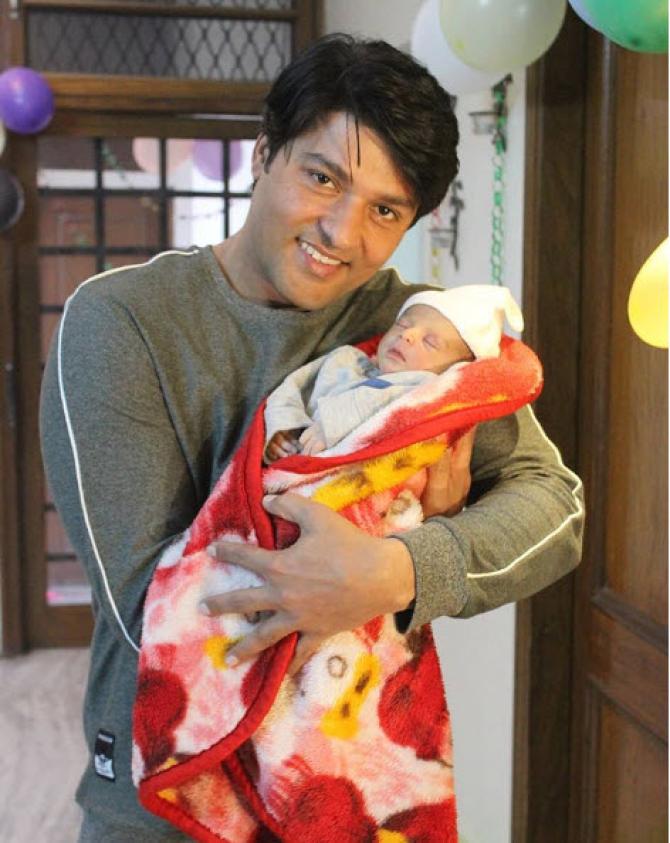 In an interview with Bombay Times, Anas Rashid had spoken about marriage and kid and had shared, “Soon after I got married, we went on a long honeymoon; we drove to many beautiful locales in North and South India and so, it was a long break from work. After that, when Heena conceived, we spent a few months in Ludhiana, as her doctor was based there." He further added, "Now, that the baby and Heena are discharged from the hospital, we will return to Mumbai. Heena loves this city and my parents are also there. I would love to get back to TV, and will start focussing on my work." (Recommended Read: Ajay Devgn To Bring 'Chacha-Bhatija Jodi', Abhay Deol And Karan Deol Together In A Tamil Remake?) 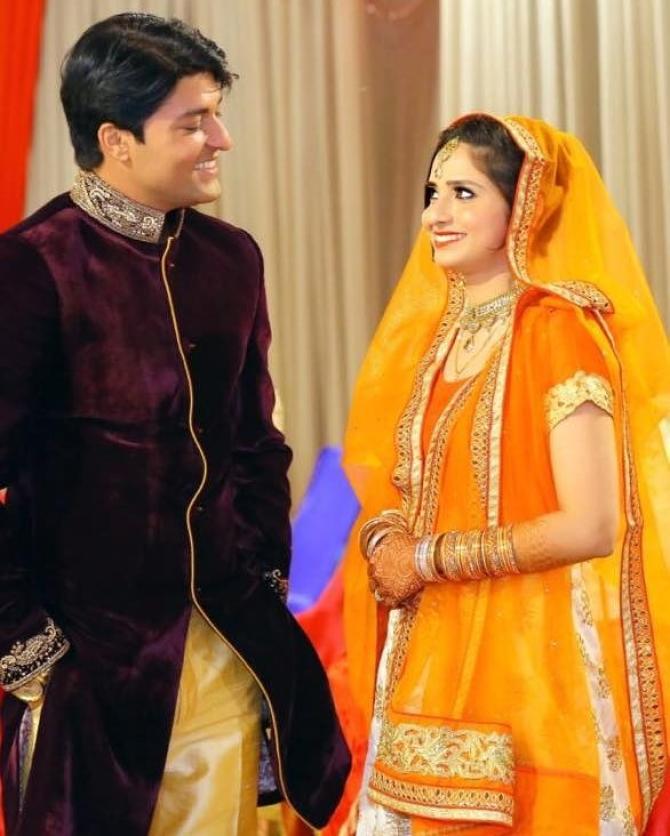 Congratulations to Anas and his family!