This Rakhi, we have curated a list of Bollywood stars who brought their siblings into the film industry, and you're going to see their debut soon. Check out some of them below!

Bollywood industry has been buzzing with star siblings since yestertimes. Be it Karisma Kapoor-Kareena Kapoor Khan, Shilpa Shetty Kundra-Shamita Shetty, Kajol-Rani Mukerji, Sunny Deol-Bobby Deol and many more like this, who have ruled the industry at some point in time. Call it a conventional trait or a habitual one, we have always seen siblings of already established stars making a run for debut in Bollywood, some of them prove to be historic moments, while others fail to create an impact. The next generation is also ready and all set at their launch pads, eager to introduce their siblings to the film fraternity.

(Recommended Read: 34 Shots Of Brides With Their Naughty Yet Loving Siblings On Their Wedding Day)

This Rakhi, we have curated a list of Bollywood stars who brought their siblings into the film industry, and you're going to see their debut soon. Check out some of them below! 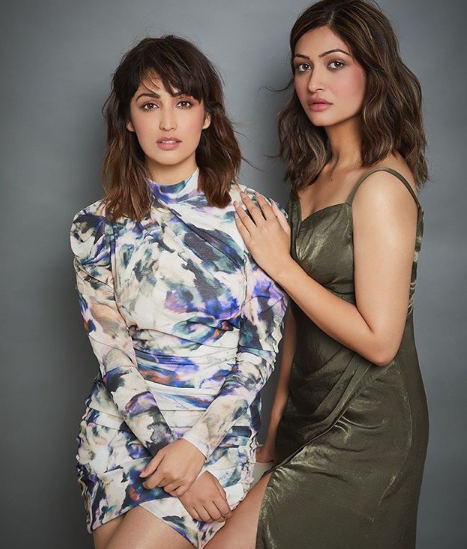 Yami had taken to Instagram handle and had shared the same with the caption, "Super excited for my little boo @surilie_j_singh on her debut 'Battle of Saragarhi' with the one and only #rajkumarsantoshi!" Talking about the sister duo, while Yami Gautam is a little reserved and quiet, her sister, Surilie Gautam is a complete live wire with infectious energy. 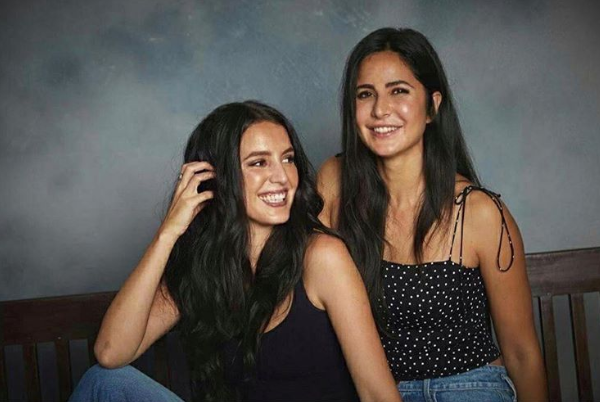 Bollywood's top actress, Katrina Kaif's 8-years younger sister, Isabelle Kaif, is all set to make her long-overdue debut on the silver screen with Kwatha this year, opposite Salman Khan's brother-in-law, Ayush Sharma. FYI, Isabelle Kaif has also acted in a Canadian film opposite The Big Bang Theory fame, Kunar Nayar, which was produced by Salman Khan. 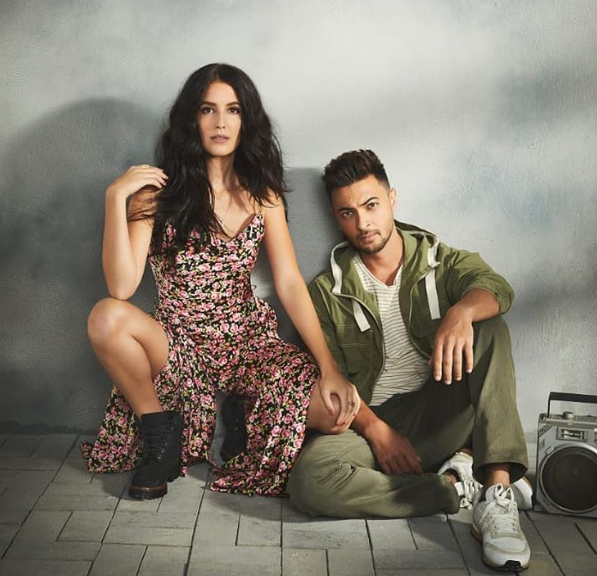 Talking about Isabelle's debut film, Kwatha, it is directed by Karan Lalit Butani and produced by Sunil Jain, Omprakash Bhat, Aditya Joshi, Alok Thakur and Sujay Shankarwar. The film is reportedly based on true life events. Well, we can't wait to see another Kaif beauty on silver screen! 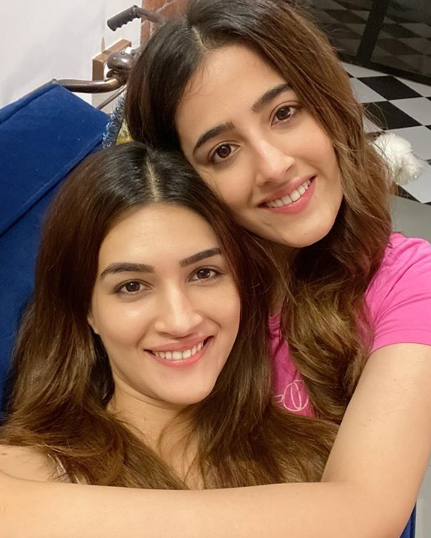 Sanon sisters are a splitting image of one another. The gorgeous Kriti Sanon, who had made her debut opposite Tiger Shroff in Heropanti, back in the year 2014, has brought her younger sister, Nupur Sanon as well, in Bollywood. Nupur Sanon is a singer and had made her acting debut opposite Akshay Kumar in B Praak's music video, Filhall in 2019. 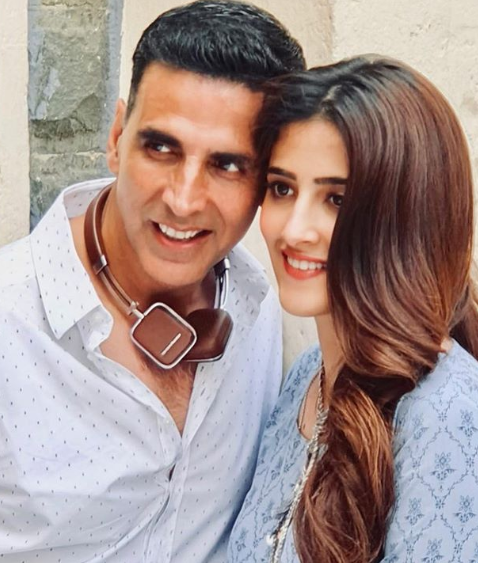 And her very first venture in Bollywood had garnered a lot of praise. Nupur is going to make her acting debut opposite Akshay Kumar in Bell Bottom. Talking about their bond, Kriti Sanon had told IANS, "I am five years older than Nupur... She has always been like my baby. I am very much protective and possessive about her. We are like friends. We argue..we talk...we fight and we fight on stupid things. Nupur is my biggest cheerer. Whenever I feel low she lifts up my mood and does her best to make me happy." Ahan Shetty, who is three years younger brother to Bollywood beauty, Athiya Shetty and the son of Suniel Shetty, is going to follow his father and sister's footprints soon. The star-kid is all set to make his debut with Tadap, a Hindi remake of the 2018 Telugu film, RX 100. This action-packed romantic saga is directed by Milan Luthria and produced by Sajid Nadiadwala. Ahan is paired opposite Tara Sutaria in the film.

FYI, Athiya Shetty had made her debut with Hero opposite Aditya Pancholi back in 2015 and has established herself as a fine actor ever since then. Recently, her work was lauded all over opposite Nawazuddin Siddique in Motichoor Chakhnachoor. Well, we're excited for Ahan's debut! Are You? 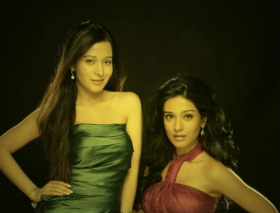 Amrita Rao had stolen our hearts with her iconic roles as 'Sanjana' in Mai Hoon Na or 'Poonam' in Vivaah. And it seems, her sister Preetika Rao, who is 11 years younger to her, will be following her footsteps soon. Preetika Rao is a model, actress and writer. Her debut Tollywood movie was Chikku Bukku.

(Don't Miss: 11 Things You Want To Tell Your Soon-To-Be Jiju About Your Sister) Preetika Rao had made her TV debut with on Colors' Beintehaa. As Preeika has already taken her first step towards Bollywood, we're eager to see her on the silver screen soon. 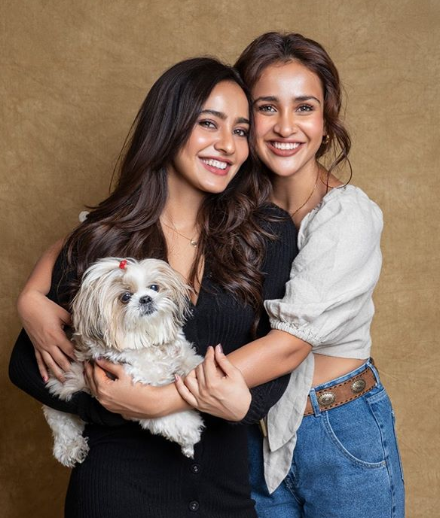 Not many of you know might know this but Crook fame, actress Neha Sharma has a one year younger sister named Aisha Sharma, who looks like an exact replica of her! So much so, you couldn't make out who is who from a distance. The younger sister of Tum Bin 2 actress, Aisha had made her Bollywood debut opposite John Abraham in Milap Zaveri's Satyameva Jayate. FYI, Aisha Sharma had started her career in modelling, and now after a promising debut, we're looking forward to seeing more of her soon. 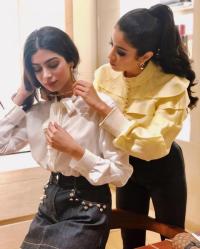 (Also Read: 11 Reasons Why You Are Lucky To Have A 'Bhabhi' In Your Life As Best Friend) On a chat show recently, Khushi Kapoor had revealed that she would 'blindly' follow Karan Johar if it comes to making a Bollywood debut, and that Boney Kapoor would be the one to choose her first co-star. During an appearance on Neha Dhupia's chat show, No Filter Neha, Khushi Kapoor was asked to choose between superstar, Shah Rukh Khan's son, Aryan Khan, Ananya Panday's cousin, Ahaan Pandey and Javed Jaffrey's son, Meezaan, to make her Bollywood debut with and she had chosen Ahaan Pandey citing that she has seen Ahaan's acting out of the three, so he seems like the safest option for her debut! 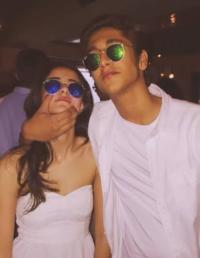 Ananya Panday's cousin, and Chunky Panday's nephew, Ahaan Pandey has already bagged a film with YRF, reportedly. If the reports in an entertainment website, are to be believed, Ahaan has signed his first film with Yash Raj Film (YRF). A source close to the development had told the website, "He has been locked for a film under YRF. Details of the same are bromantic action wraps for now. He will be the latest addition to the pool of talents for the banner. Most probably, it will be an action romantic film." And guess who is considered for the role of leading lady opposite Ahaan? Yes, Khushi Kapoor!

The source had added, "As of now, the production house hasn't put a date to the project. But Ahaan is taking up regular training in dance and action. In fact, he has been sitting for acting workshops with his director and the team to ready himself for it." The leading lady of the film hasn't been decided, but Sridevi and Boney Kapoor's younger daughter, Khushi Kapoor is considered for the same.

Well, this lot speaks for a lot of promising debuts in the coming years. What do you think? Let us know! And here's wishing a very happy Raksha Bandhan to you!

(Suggested Read: 11 Things You Will Relate To If You Are A 'Bua')