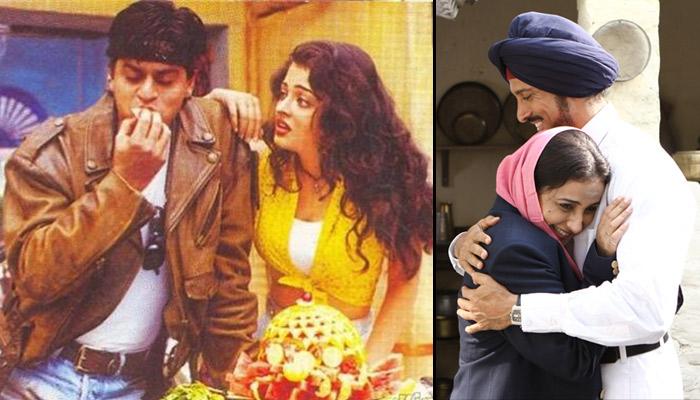 No matter how many fights or quarrels you both have, but deep inside you always love and care for your siblings. Well, such is the bond between brother and sister, little sweet, little bitter but always affectionate. They are your strength, best friend and a person whom you can rely on during good times as well as bad times. Isn’t it? And from time to time, Bollywood has captured the essence of this special bond through their movies. So, let’s check out few pictures that have beautifully captured the relationship between brother and sister.

Other than the story of two gangs who wanted to rule Vasco, Goa, the highlight of the movie was the special bond between the siblings- Shah Rukh Khan and Aishwarya Rai. While one was an over-protective and deeply loving brother who had a heart of gold but was a rowdy, the other was a quintessential sweet girl who equally loved and cared for her brother. There was fun, laughter, teasing, fight, trust, respect and love – a recipe for strong sibling relationship. The sibling magic created onscreen was just amazing.

Another beautiful story about brother and sister which won everyone’s heart was Iqbal. The sister (played by Shweta Prasad) was not only the driving force, but also a guide who supported her elder brother (played by Shreyas Talpade) at every step to fulfil his dream of playing cricket for India. How far a sister can go to fulfil the dream of her deaf and dumb brother was absolutely heart touching.

The love-hate relationship which Genelia D’Souza and her brother (played by Prateik Babbar) shared on-screen was amazing. Although, their relationship occupies a small part in the movie, it still had a huge impact. The most heart-warming scene in the movie that instantly changes the equation between them is the conversation where Prateik reveals why he behaves badly with her sister and how much he misses the sibling bond which they once shared. That short scene just tells all about how precious a brother-sister bond is.

No matter how possessive, crazy and over-protective the brother was, but he supported his sister’s dream of studying in the city and fulfilled her every desire. The brother-sister bond, which was played by Arbaaz Khan and Kajol, had certain warmth and respect that one could never forget. They gave some serious sibling relationship goals.

Who can forget the beautiful bond which Farhan Akhtar and Divya Dutta shared as brother and sister in the movie! Divya did not utter a word when her husband abused her, but she stood up to him when he got violent towards Farhan, her younger brother. Such was the love and care. She not only supported her younger brother to live his dreams, but also loved him like a mother. Even for Farhan, his sister meant the world to him. The whole scene where he gets back home from the academy in a blazer due to which Divya could barely recognise him and the emotional exchange that follows after that is absolutely heart-touching. It shows how pure and magical a brother-sister bond is.

Recommended Read: 10 Things That Happen When Your Older Brother Is Going To Tie The Knot

Every relationship is important but one relationship which always stays the same and grows stronger despite all the ups and downs, the fights and arguments is that of the brother and sister. This is a very special bond so cherish it and love every moment of it. And do not forget to mention your favourite movie/ad which captured the true essence of this bitter sweet relationship.